You are here: Home / Lifestyle / Glued to the Kitchen

That was me all afternoon. I had no intention of being in there for 2 hours, but I didn’t sit down once!

First I made a pumpkin loaf. I figured, I’m one of the biggest lovers of pumpkin out there and I have YET to make a pumpkin quick bread!! After reviewing a few recipes, I decided I wanted to try this one that Emma made on Easter. Her photos made it look soooo doughy and I thought the yogurt/milk combo would help with that. I halved the recipe, so my loaf is rather flat. I also used only half the brown sugar and used plain yogurt instead of sour cream. No raisins or cloves either.

It’s good, but it’s not wet + doughy like I had hoped. It’s actually pretty bread-like! I wonder if it’s because Emma made hers with a bit of oat flour and mine was all whole wheat… 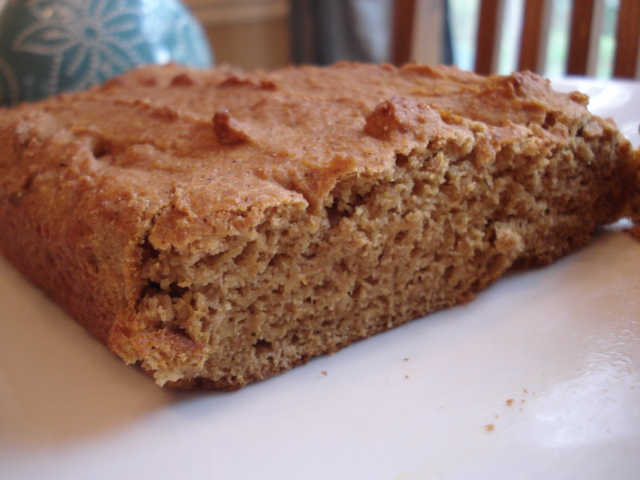 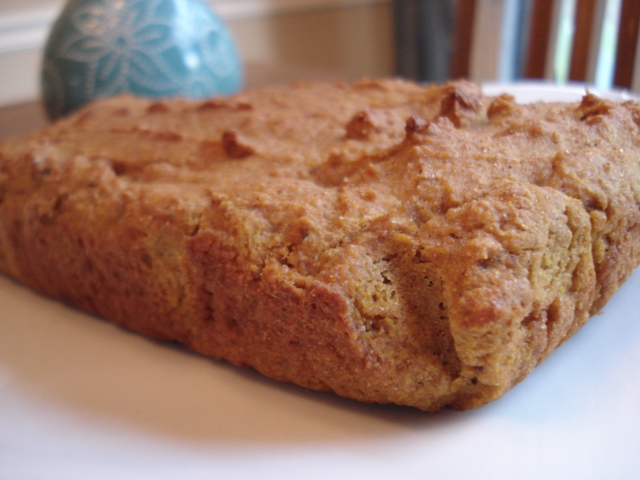 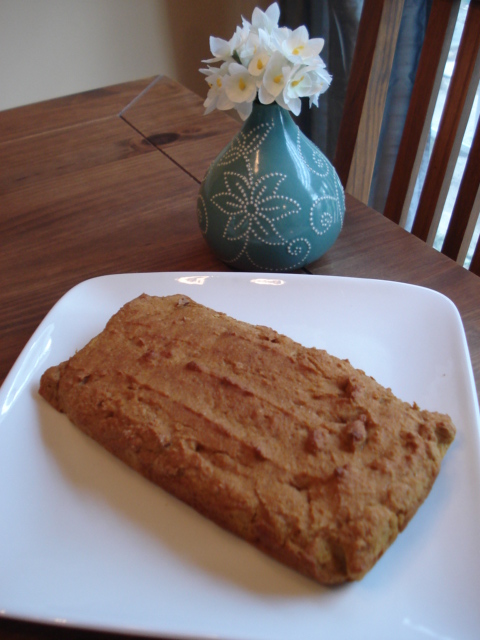 My slice, which I didn’t get to eat until 5:00 because I was too busy working on making my lunch and the soup for dinner. I actually probably should have skipped it because dinner was just around the corner, but I just wanted to try it so badly that I couldn’t say no.

And this pretty good sized slice was ~120 kcal, 3 grams fiber and 4 grams protein 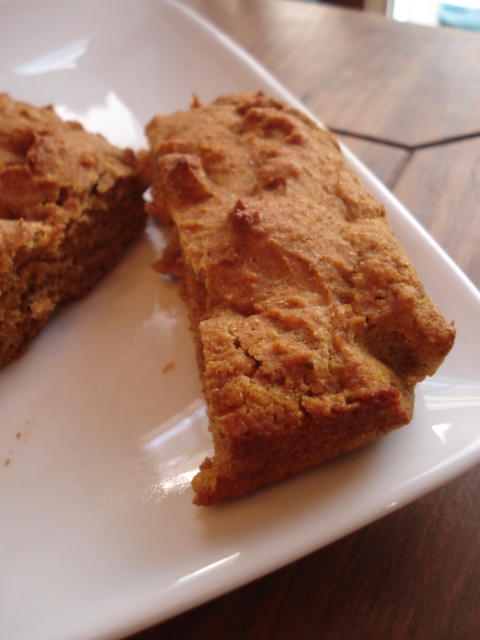 I got the soup simmering around 4:30 and it turned out great. We used our Easter ham bone for that “fall off the bone” flavor. We used this recipe but this time added half veggie broth instead of all water, half a giant sweet potato, and left out the half and half (lots of halves!). I topped my bowl with a dollop of yogurt! 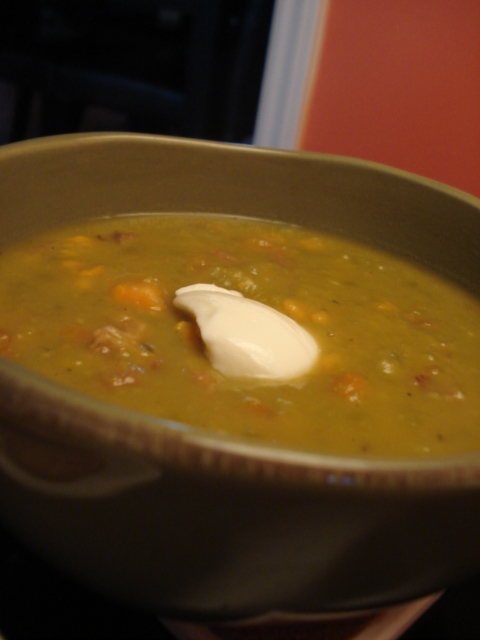 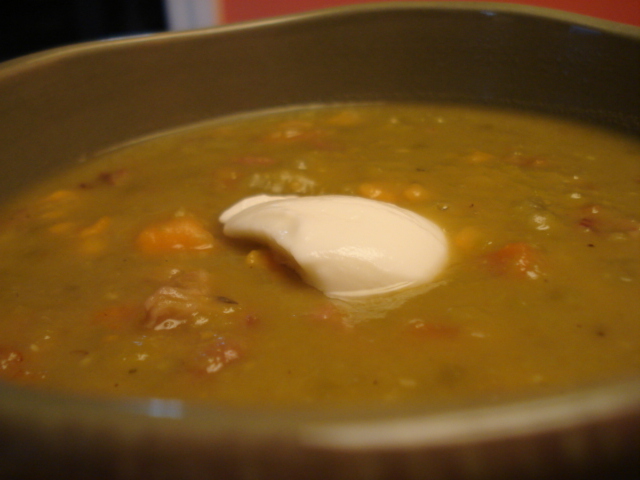 On the side – a cracker mixture! Kashi and homemade (I have to say, I prefer Kashi….) 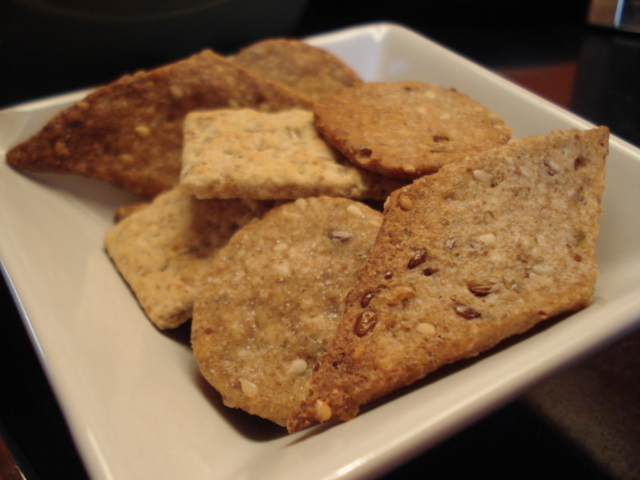 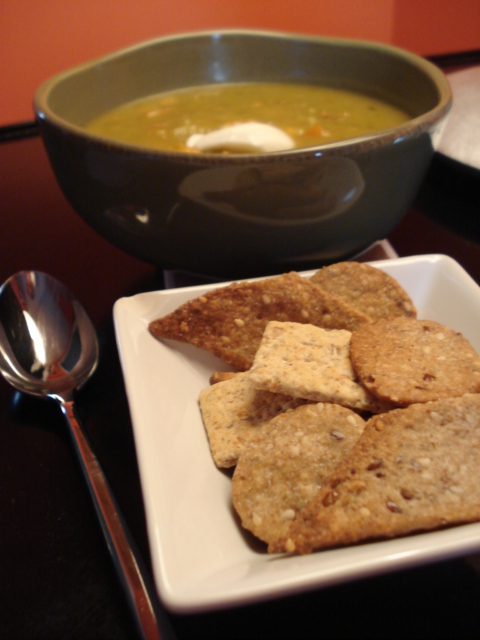 I got a package of FigAMajigs from BethT today!! She loves these and recommended them but I can’t get them here in NC stores 🙁 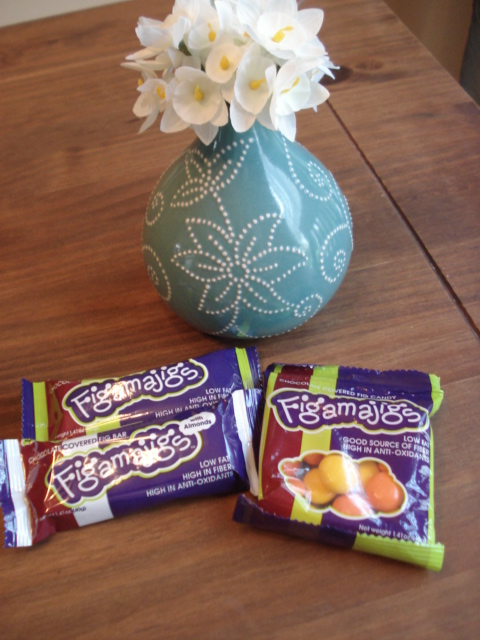 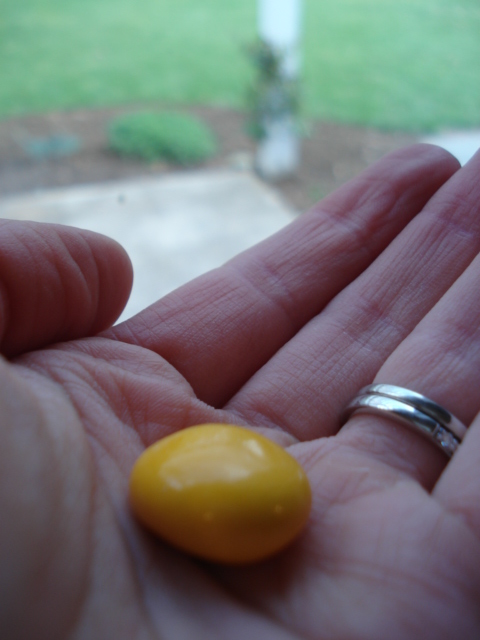