You are here: Home / Restaurants / Glogging

That’s a portmanteau of “guest” and “blogging,” and tonight your glog is brought to you by Matt.  After doing over 50% of the driving on this trip, I think I’ve deserved a moment to sit and play on the computer.  Little did I know I was about to receive the wifely request of, “Hey, could you help me out by uploading the pictures to my computer?  And then could you put them in the right folder, resize them, and put them into an open blog post on Windows Live Writer?  And if you want to blog, that might be fun too!”  So, not wanting to miss an opportunity to write ridiculous things on this well respected blog, here I sit in a bumpy car trying to remember what we did today.

Here’s a sign.  I think we ate lunch here: 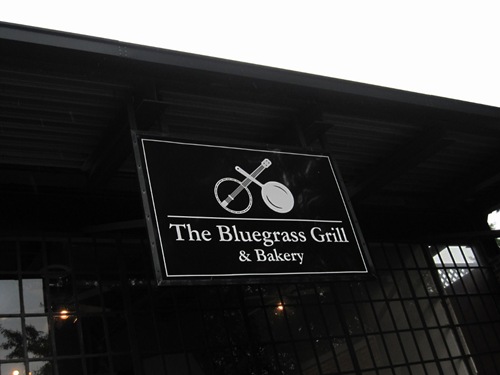 Yep, this was definitely where we ate lunch.  Recommended by some fun blog readers and blog bloggers.  Because it’s July, Kath was chilled to the bone (as opposed to normally being chilled to the marrow), so she ordered a hot tea.  One of the Golden Girls got this teapot from her china hutch: 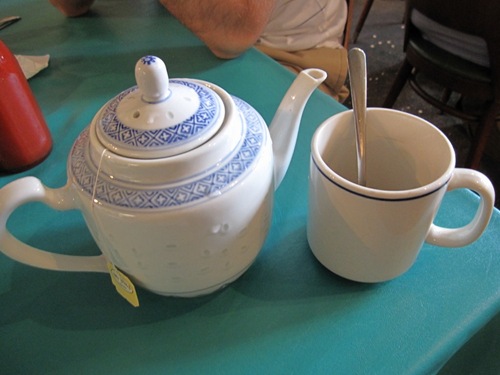 This place was actually more suited to breakfast and brunch due to the high profile egg dishes received.  I got some delicious omelet with herby cream cheese and veggies.  I believe it was too caloric to be photographed.

Kath got her usual “Sasquatch’s Delight” – a fresh foraging of greens and veggies with some balsamic vinaigrette.  She said it was pretty satisfying. 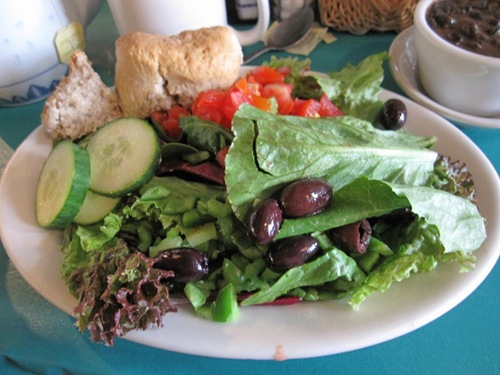 She also got a cup of black bean chili on the side too – to warm her up even more. It was delicious and scented with dill – a surprising great addition. 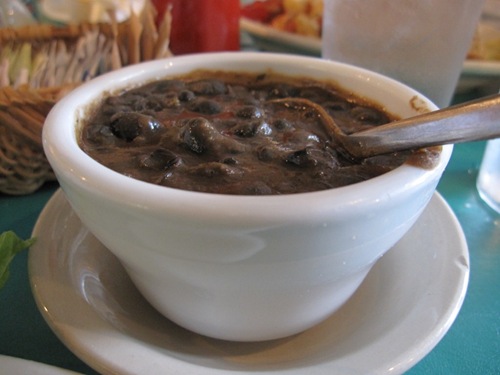 What really made the meal, however, were these delicious biscuits.  As big as a chihuahua’s head and twice as scrumptious as a chihuahua’s heart, they had a lot of whole wheat flour.  I’m guessing it was at least 50% WW.  As a consequence they were not quite as flaky as your normal biscuit, but the whole grain flavor more than made up for it. I believe Karen and Kath split a biscuit between them. 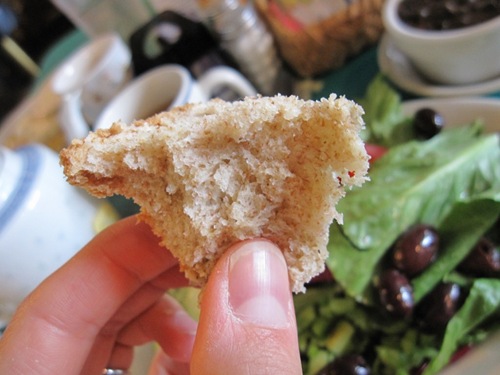 We drove around nearly aimlessly for another 45 minutes checking out some more houses in Cville.  I really want to live here putting the rest of our lives aside, but we also have to consider the potential success of the business.  Lotsa thinking to do!

Just about the time we were leaving Cvilla, we received word from Kath’s parents that Lillis Billis the Cat is doing fine and she just had a urinary infection.  Apparently she enjoyed the pain killers from the vet because she went home with the munchies and gobbled up her food in an American manner.  Apparently she usually dines French, meaning she licks the cat-gravy off the cat-kibbles and then leaves the rest for the ants.

After a harr-ible 3 hour drive, we met up with Kath’s parents at a Ruby Tuesday’s in Greensboro (one of their favorite eateries due to the huge salad bar = buffet).  I eased the pain of driving with some Sam Adams and an Avocado Turkey Burger.  The table liked that my meal came with “endless fries.” 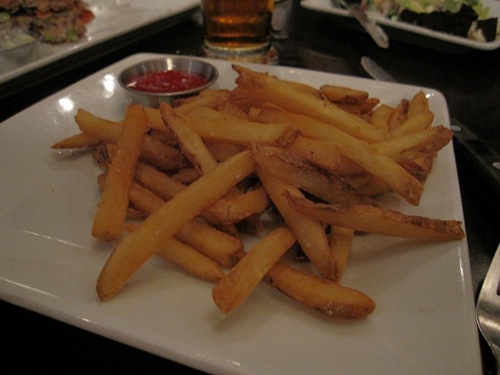 Over half the table got the salad bar, but most impressive were Kath’s and her dad’s.  Here’s her dad’s mountain of toppings: 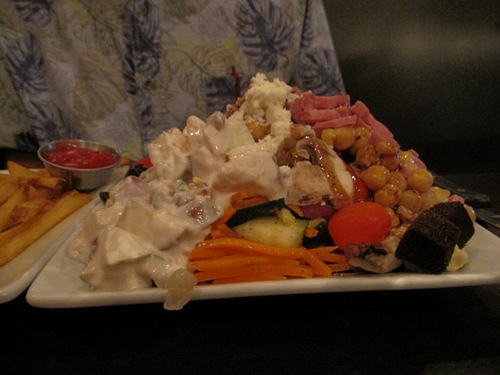 And like father, like daughter, here’s Kath’s.  I believe there’s a special name for these huge salads in the blog world…. something like a Dixie Normous salad? 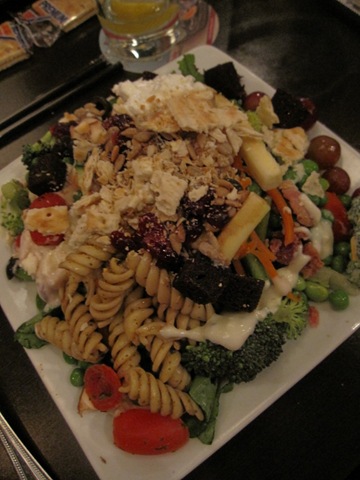 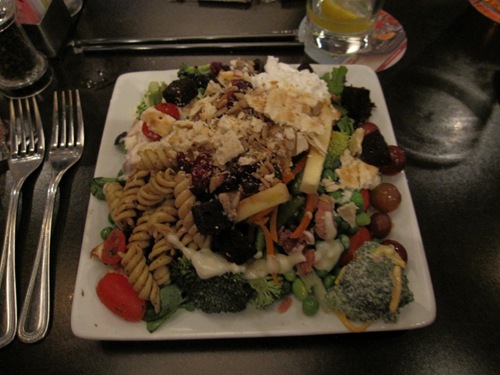 Kath has instructed me to proclaim these comments about her meals today:

It’s just a little farther until we get back to Charlotte and then I’m sprawling on the bed and absorbing all the sleep molecules from the air.  My favorite parts of the weekend were meeting all the blog readers (that’s always fun), walking around the town and the college, and more than anything, being able to clearly picture us living there.  We keep saying it jokingly in this family, but who knows where we’ll be in 5 years!?!?!