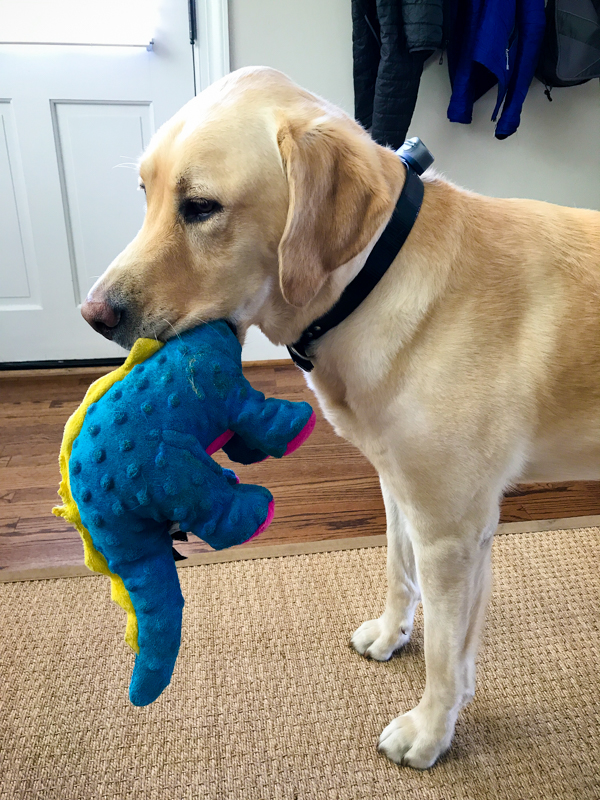 Gus caught a dinosaur!!! Like many dogs, Gus loves to chew up toys. My mom bought him this dinosaur, lovingly named “Dolly” in our house, and he has yet to make a hole in her. The brand claims that the fabric is nearly indestructible, and we’ve had Dolly since the fall with good luck. I think it is SO DARN CUTE that he carries Dolly around with him. She also squeaks!

OK so this is not the most “Kath Eats Real Food” rave, but this gum is my latest obsession. I quit regularly chewing gum for a really long time because it was giving me strange GI symptoms, but I don’t seem to be bothered by Trident. I always reach for minty gums, but Sarah gave me a piece of this once and I enjoyed it so much! I think the last time I had fruity gum was in middle school, but I am loving it! I think the flavor lasts longer than minty ones, which sometimes start to taste bad after a while. 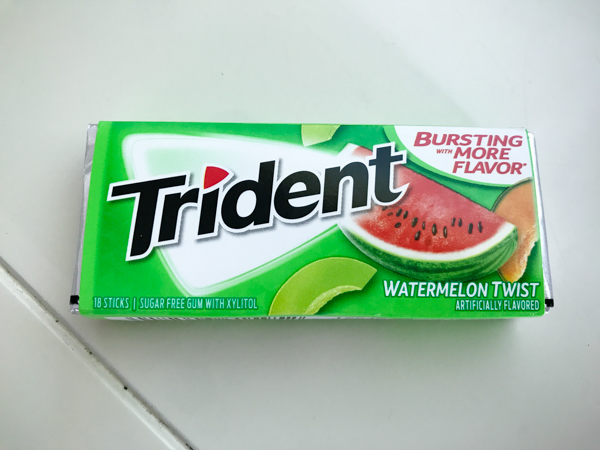 Our neighbors have a set of these silicone popsicle molds, and I just ordered some from Amazon. They are great because the popsicle stays inside instead of dripping down the stick! We always have popsicles on hand, and I make them from smoothies so I feel good about giving them as anytime snacks. In the same order, I bought him these junior goggles because it is almost pool season (I just typed poop season — ahhh!) and Mazen is learning to swim! 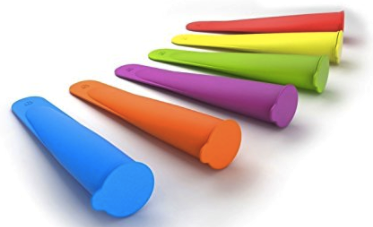 If you’re ever in Charlottesville, just look for the huge nerd with the Bluetooth headset on and you’ll spot me! I wear this thing anytime I’m out walking, at the gym, or running. Sometimes even while running errands. I usually have a podcast going! I know it’s a huge nerd fashion statement, but I absolutely hate headphones with cords, and I love how small and petite this guy is. It doesn’t bounce and is lightweight and comfortable. I also like that only one ear is occupied so if a friend calls me from the side of the road I can hear it (also: safety). I have two of these and they hold a charge very well. They are inexpensive too! I checked my Amazon orders and I’ve had one since 2012, so they have lasted me a long time as well. 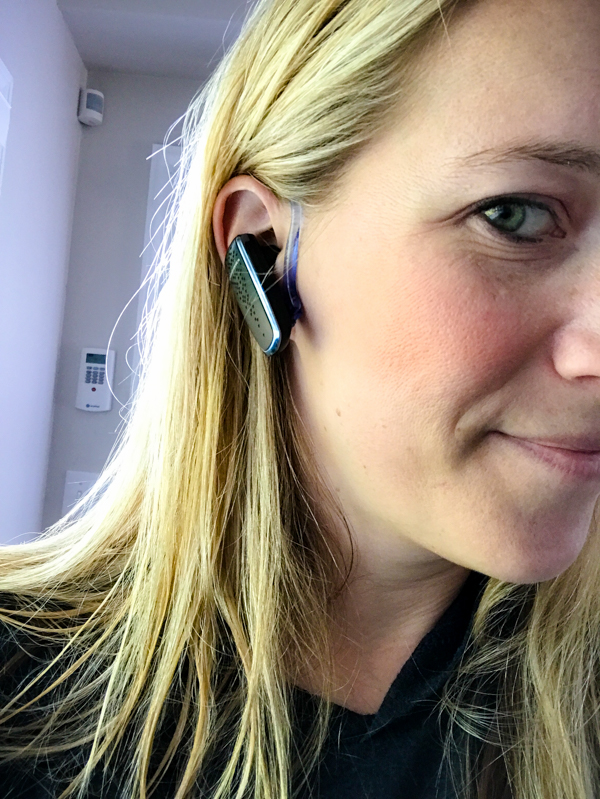 Health Warrior bars are my favorite snack bars out there. They sent me a bunch of their flavors to try, and the Vanilla Almond is my fav! But they are all good. I like that they are on the small side so you don’t have to replace a meal to eat one, but they do also make protein bars for a bigger punch. Chia seeds FTW! 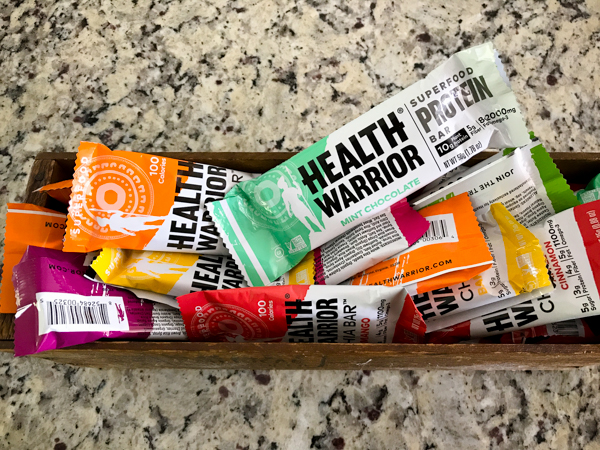 I smelled this cologne in a magazine and looooved it. Thomas isn’t a big cologne wearer (luckily his natural smell is so fresh and so clean!), but he liked it too, so I surprised him with a small bottle. It’s called Invictus — look for it to sniff in stores! I also found this little travel size one on Amazon. 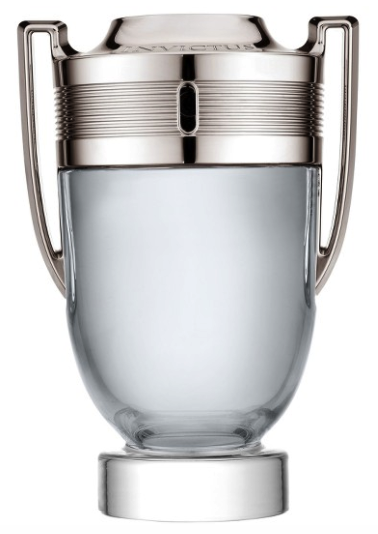 Food Blogger Pro is one of the podcasts I usually have going in my bluetooth ear piece, and I really enjoyed this one Bjork did. He talks about diversifying income into different “eggs” in a carton, and he gives some good ideas and tips! 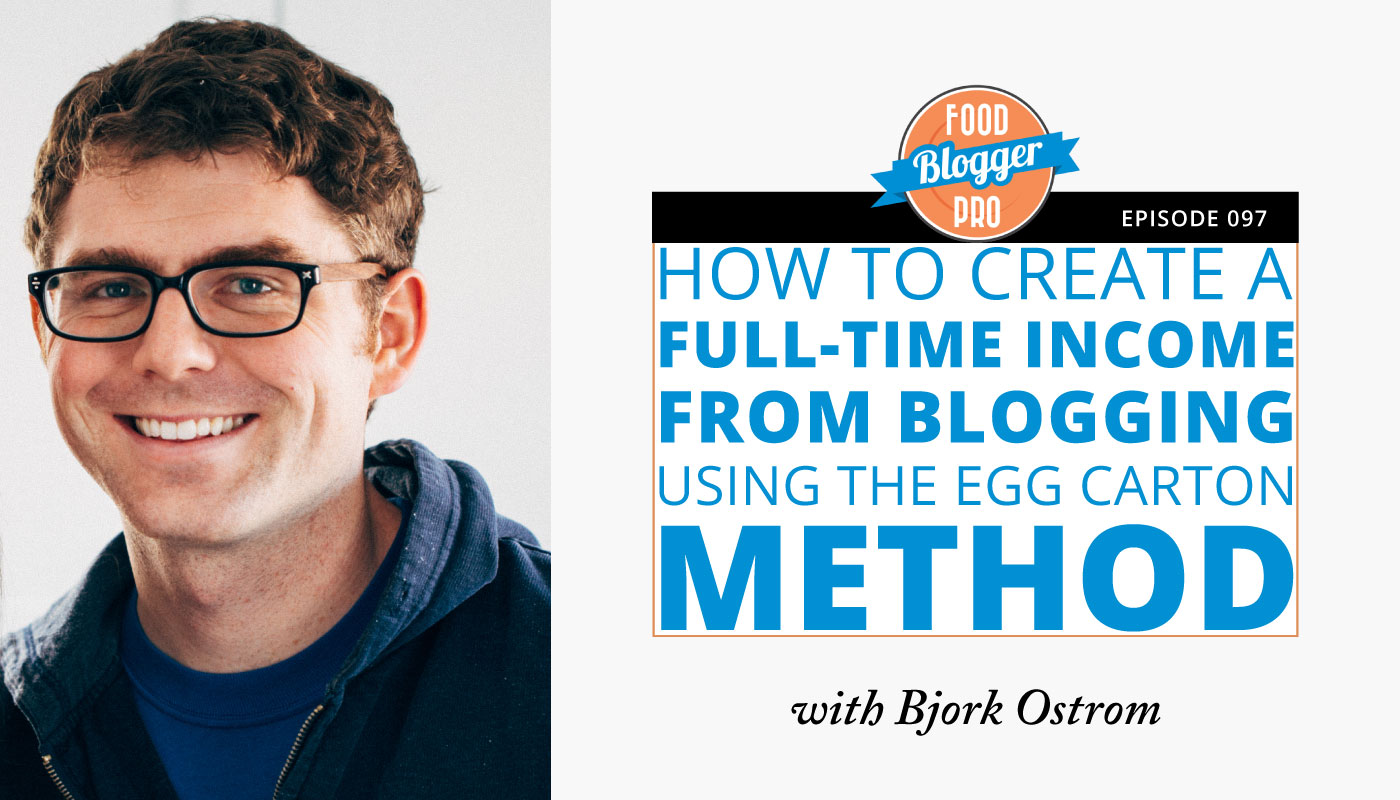 I also loved this closet makeover from iHeart Organizing! Right now I use Mazen’s closet for toys and his dresser for clothes, but maybe I need to switch this around. He has way more toys than clothes though ; ) I also loved the look and function of this honeycomb organizer from the post and ordered one for my drawer! 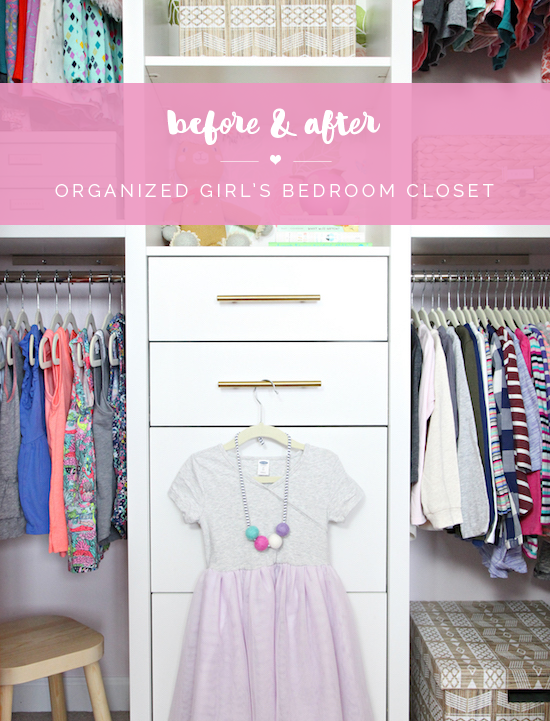 And I’m loving…..8pm. I think it’s clear that a lot of you are parents whose kids go to bed at 8 because I often see a big spike in traffic during that time — sometimes 4x the other highest peak of the day! Thank you for unwinding with KERF at night <3