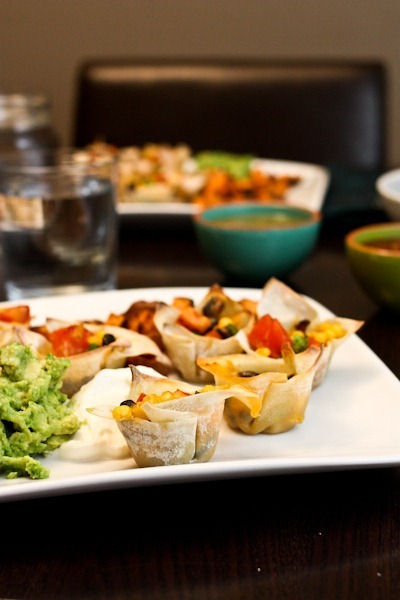 The word fiesta is overused in the Mexican food world (by me all the time) so I feel like it doesn’t have much weight here.

BUT THIS WAS A FIESTA! 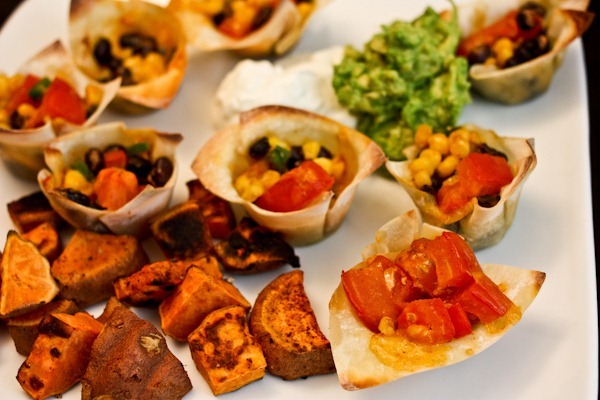 Hillary came over tonight because we wanted to watch LOST she had a new recipe to try. She had these wontons filled with a festive mixture last weekend and looked up the recipe. Coincidentally MamaPea made a very similar dish today! 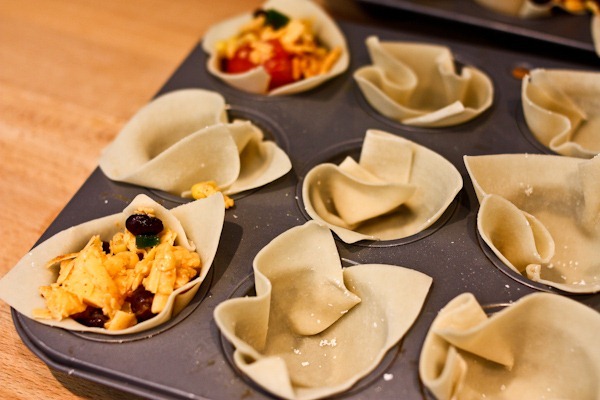 Then we made a mixture of a can of black beans, about 4 ounces of grated cheddar, 1/2 a can of corn, a whole chopped tomato, a whole de-seeded and chopped jalapeno and some Southwestern spice seasoning. All mixed up. 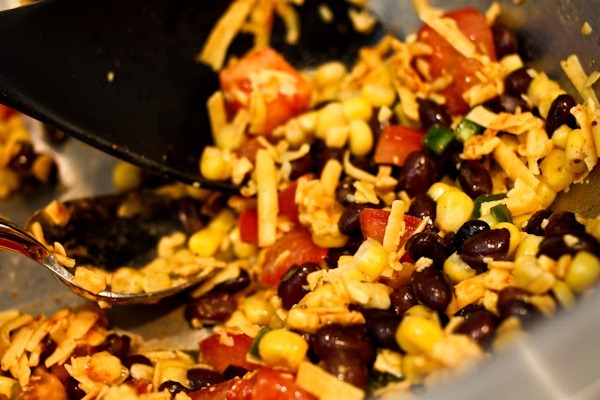 Then we filled the cups – 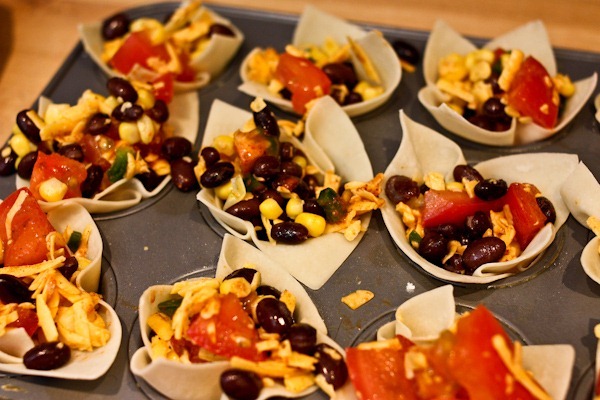 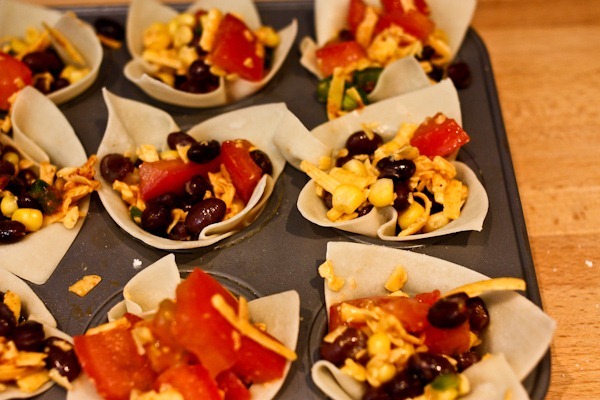 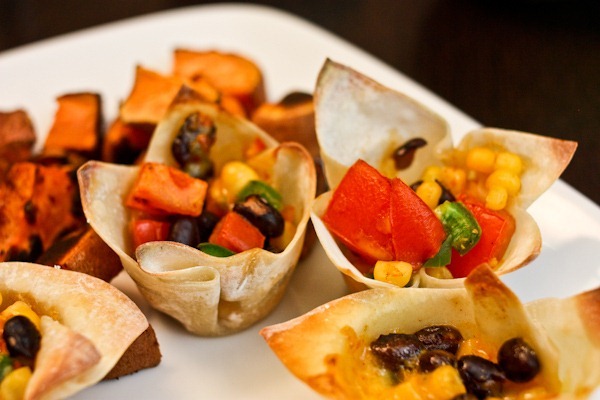 So fun to eat! 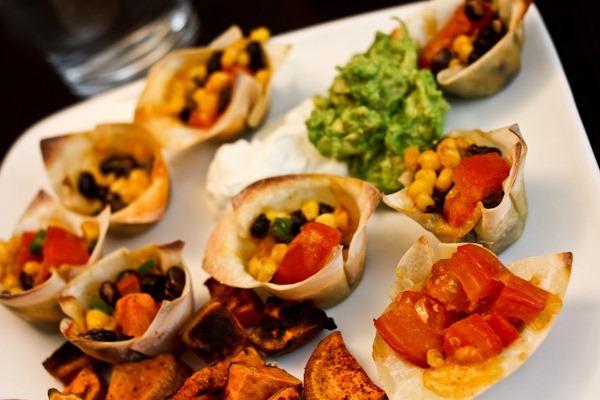 Especially when I topped each one with a little guac and greek yogurt! Gah those garnishes make everything right. 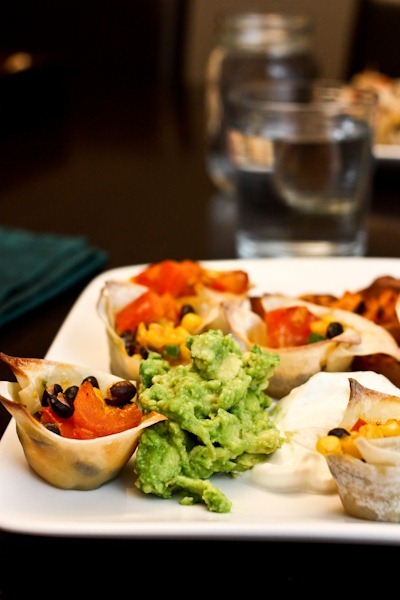 We had roasted sweet potatoes on the side (400* for about 20 minutes tossed in olive oil, cinnamon, salt and cayenne) 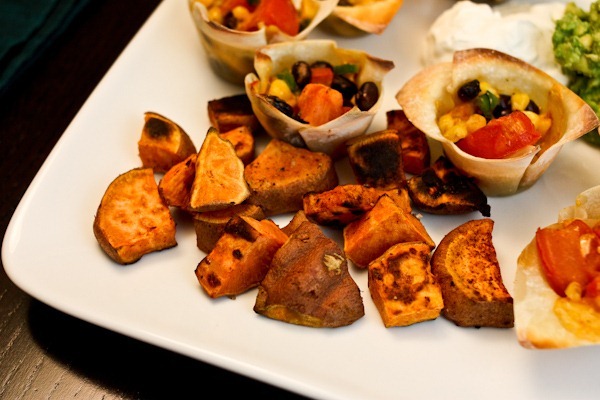 And an array of salsas and chips – if we were still hungry! [We were – just a little] 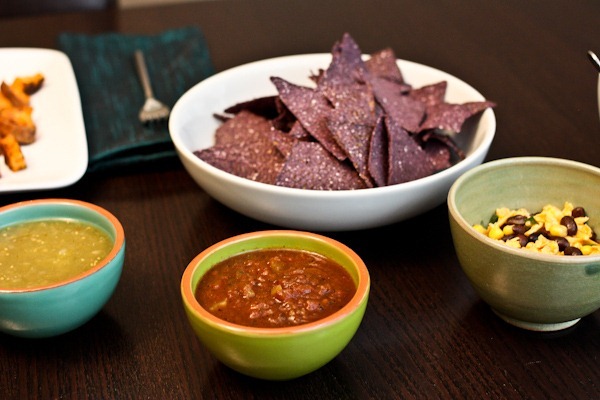 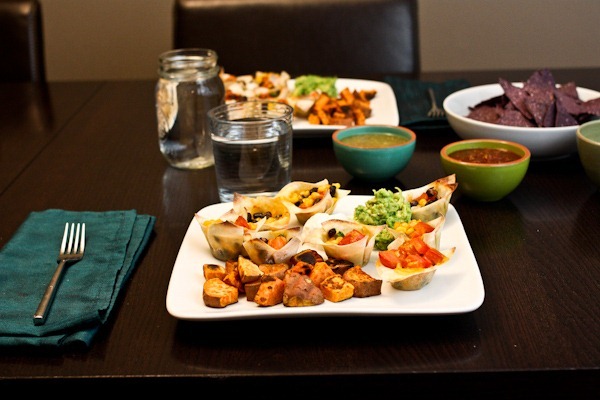 After 2 episodes of LOST (Matt got home just in time!), Hillary brought out a papaya (themed appropriately for the tropical series!) and I brought out my neglected Cacao Bliss chocolate coconut butter and we had an amazing dessert! 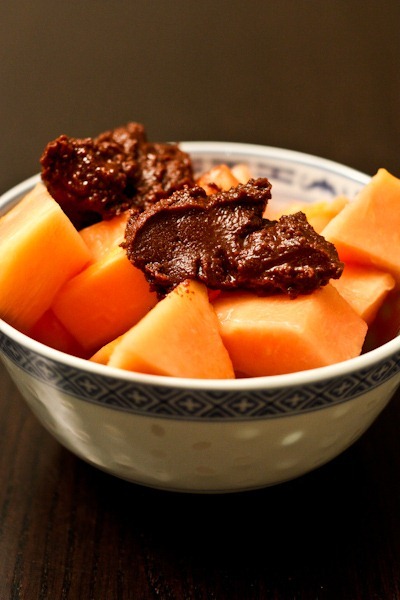 Hillary tossed the papaya in lime juice first. I had never had it at home, and boy was this good! Very refreshing and pretty healthy on the dessert spectrum. 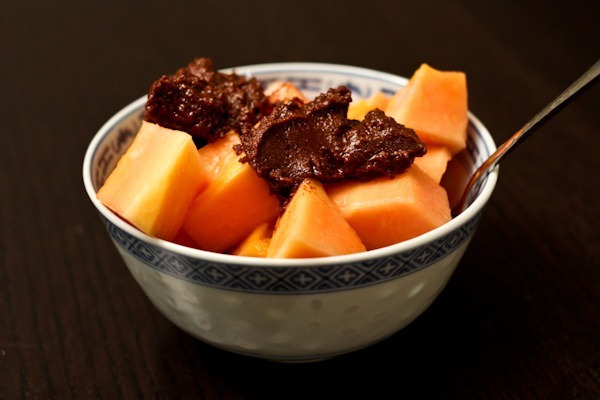 Headed up to bed – my next series [The Hunger Games Catching Fire] has lured me in as well. I’ve been reading an hour a night for the past 3 nights!