You are here: Home / Lifestyle / Explorers

Hey guys! I’m sad that we’re wrapping up the weekend tonight. It feels like we just got here, yet, it also feels like yesterday was a week ago.

After some relaxing, Matt, Canada and I went out to see a few recommended neighborhoods in JAX for potential bakery/relocation. 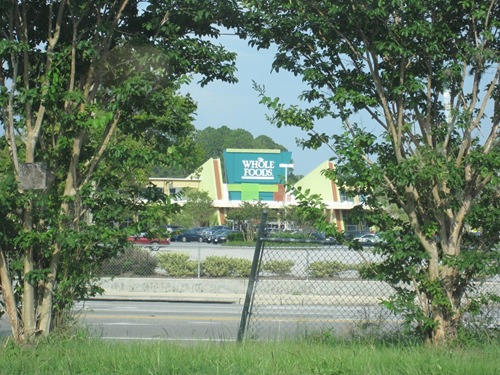 We liked the area, which had nice neighborhoods near modern commercial areas 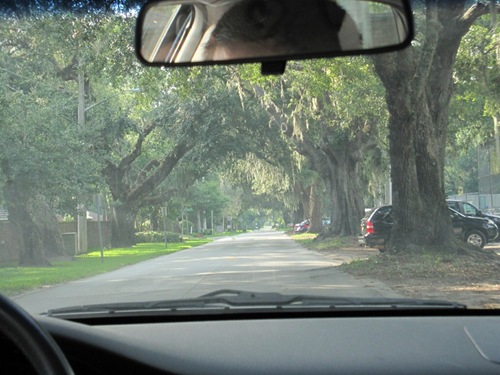 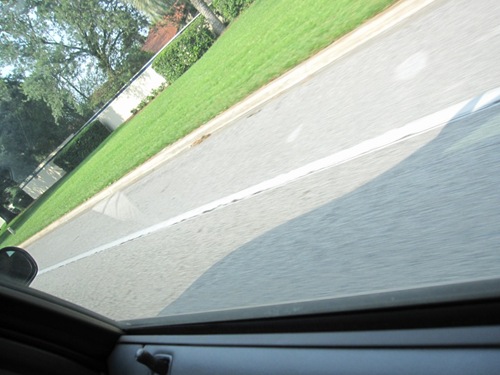 We meandered through a few more neighborhoods – San Marco and Avondale – and ended up stumbling upon the European Street Cafe, which was recommended by reader Jordan. (Sorry we didn’t get to get together on this trip Jordan!) 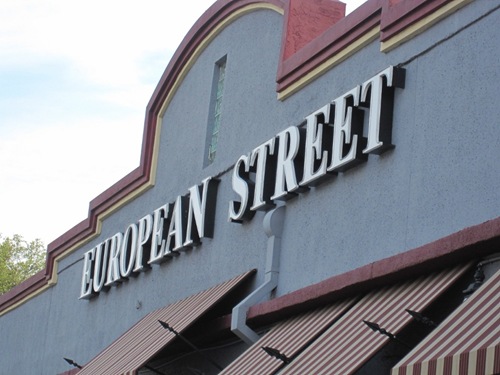 E. Street is known for having lots of foreign beers, so Jordan knew Matt would like it 🙂 And like it they did! 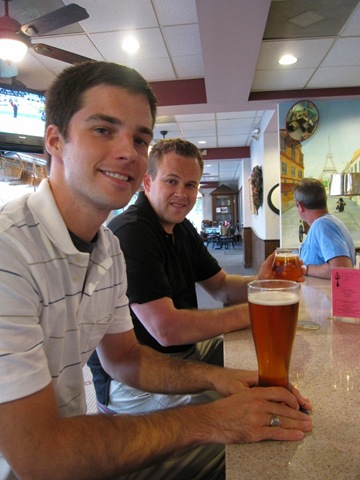 I stuck to water, as I was feeling a bit parched.

After an hour of beers and conversation, we made our way to Bistro Aix, which was also recommended by Jordan.

This place ROCKED!!! We had super friendly service by Jessica, who gave us tons of details about moving to and living in Jax. 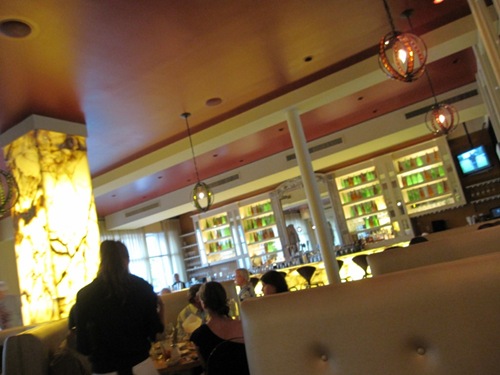 On the outside, the neighborhood was a bit run down, but on the inside!!! 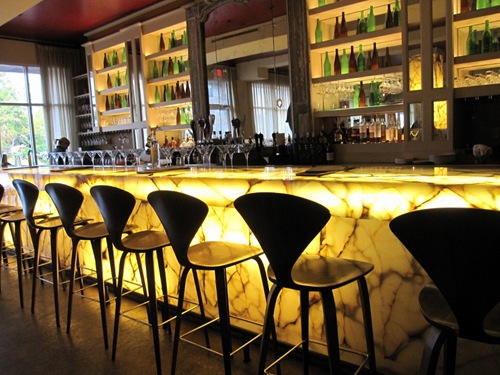 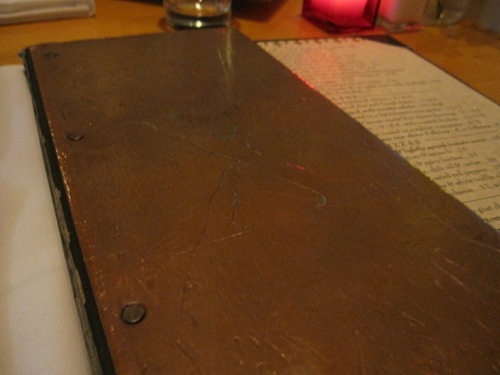 How to choose between these drinks!? 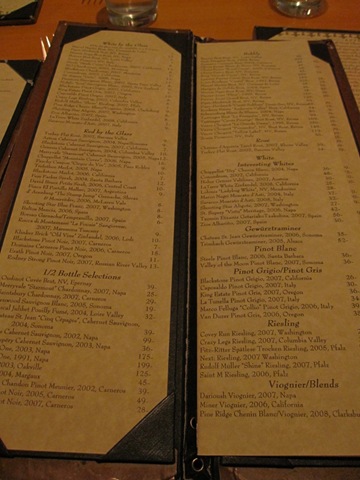 When I saw they offered 3 oz pours I squealed! That means I can try more wines for less 🙂 I ordered an old favorite: the Erath Pinot 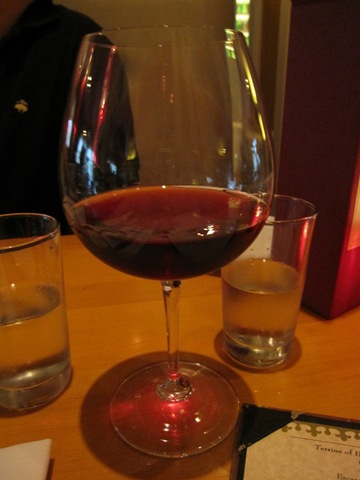 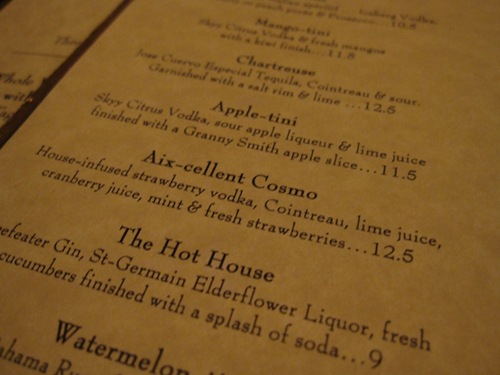 The boys got this barley wine, which was thick, sweet and amazing. Like wine + beer mixed. Matt explained it as the “first batch” of beer made from a set of grain so it’s high in sugar = high in alcohol and super flavorful. 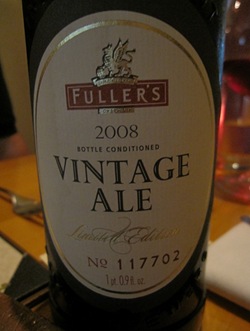 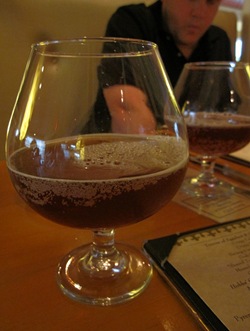 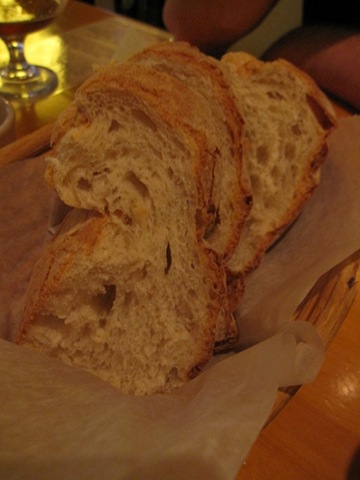 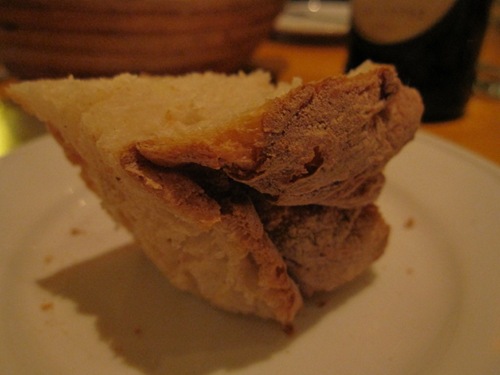 We decided to share 3 courses between the 3 of us to maximize flavor and enjoyment variety. We started with small salads. I got a spinach with candied nuts and pears and blue cheese. It was awesome! 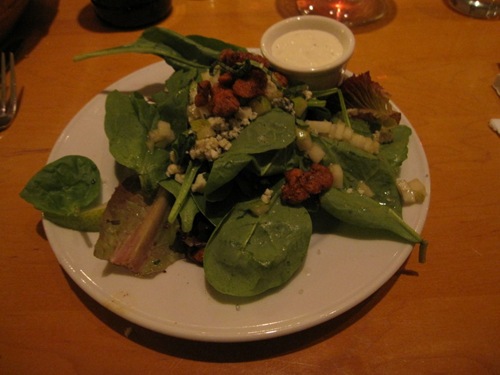 The we got Crispy Fresh Black Grouper in a yogurt-potato-lemon-garlic sauce. It was like a different kind of hummus. 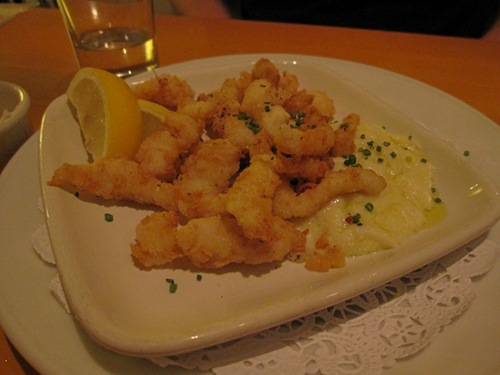 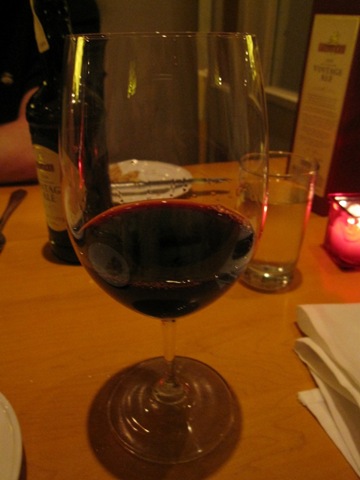 PIZZAAAAAAAA!!! Canada and I had been craving pizza all day ever since we walked by a by-the-slice place at lunch. This one did not disappoint. It was prosciutto, goat cheese and peppers. 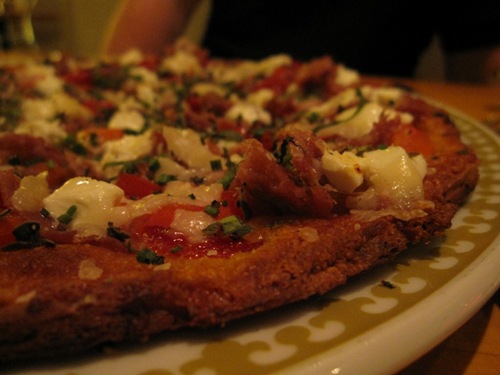 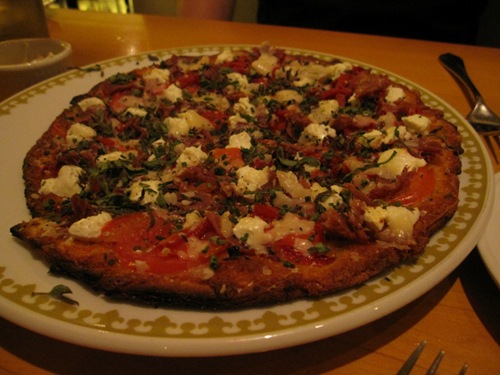 I had this plus one more 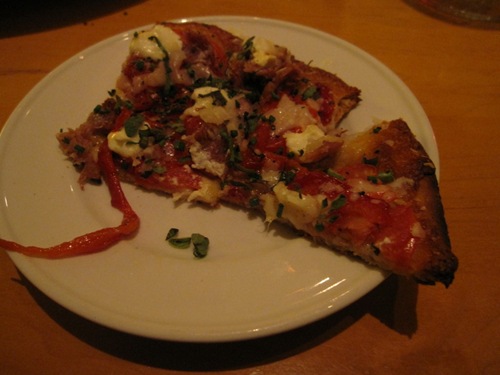 And finally – we split the Whole Wheat Fettuccini in a Smokey Corn, Tomato and Poblano Sauce. Our server told us it was actually vegan and that the sauce was not cream-based – only pureed corn. It was good, but not my favorite ever. Still very healthy and fresh tasting. 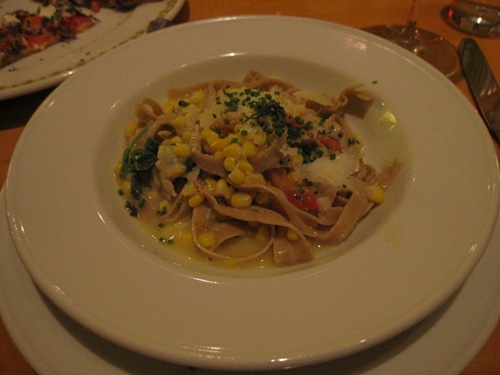 This was one of those nights that I didn’t realize how full I was until I stood up after dinner. GUF! Despite being more full than I was after the wedding last night, after a 30-minute drive back to our hotel at the beach, I dug into the wedding favor bag to find this choco popcorn. We had considered going for ice cream, but I was stuffed, so I think my brain was rebelling my stomach’s protest with some chocolate cravings. 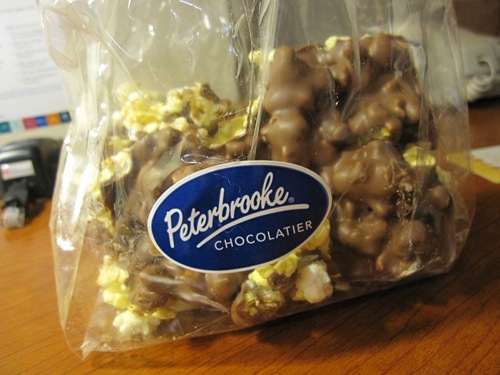 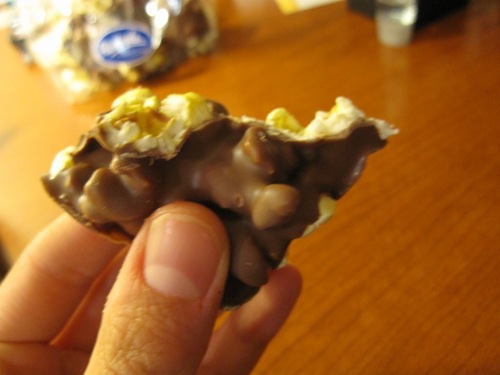 I am feeling quite whale-like in water retention at the moment. Per usual after a vacation, I’m ready to resume normal eating (but not normal living – let me stay here!!)

We actually really liked Jacksonville. It has a really modern beachy feel that doesn’t feel tacky like many other coastal areas. We could really see ourselves living here. I think at the moment Charleston (sniff sniff) is still the most “us” and Charlottesville is at the top of the list to-be-visited, but Jax has secured a spot as a high contender.

Matt and Canada are playing on the balcony and I’m about to hit the pillows. After last night’s lack of sleep, I’m really tired tonight.

Tomorrow we’re hoping to finally spend a little time on the beach before we leave after a very early lunch and airport trip to drop off Canada. If any of you JAX people have lunch recommendations for some place healthy between Ponte Vedra and the airport, please lemme know!