This conference had truly renewed my enthusiasm for blogging! There are so many people here who are witty, intelligent, brilliant – and changing the world through words. I love the bond you feel in a room full of 1,000 women (and a few men!), and I love that it’s OK to surf the net (and answer> blog comments!) during the sessions (and basically anytime you feel like it!) There’s kind of the same unity here you feel during freshman orientation of college. During the Closing Keynote tonight a handful of bloggers read selected entries from their blogs. Some were hilarious, some brought tears to the room, some got standing ovations. It was really awesome to hear them read their posts live.

BlogHer has also given me the motivation to take more ownership of KERF. Although it’s my blog, I feel like I try to let things run their course too often (ahem….trolls) to be more authentic. For some reason I thought that it was blog etiquette to let comments be 100% natural. But not so! SO, since it’s my blog, I’ve decided I’m going to start removing any comments that are not contributing to intelligent and friendly conversation . Polite questions and criticism – ask away! But I’ve decided to delete comments that are disrespectful or rude in tone or content as soon as I can get to them.

And I also realized I NEED MORE VIDEO POSTS !!!!!!!! Now that summer school is over, I’ll make a video top priority when I get home!

I started feeling really hungry around 2:30 during the Video Blogging session. I live on whole grains and when I don’t have them at lunch, I seem to get this insatiable hunger at times. So I ventured on to find a snack. Luckily I came across a mini coffee bar! I got a small skim cappuccino , which was perfect to fill my stomach (for a little while at least). 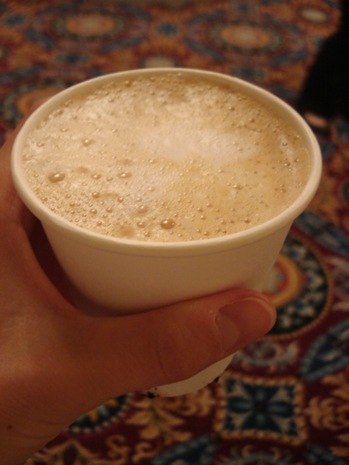 After coffee, I got a bareMinerals Makeover and fell in love with the foundation. I’m debating if I should invest (it’s an investment, right!?) in the Start-Up Kit. Any recommendations or experiences? It looks really good on my cheeks. 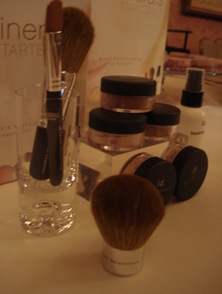 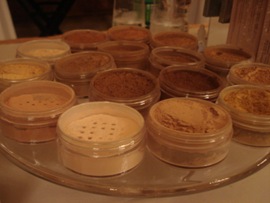 Mom and I have been craving cupcakes since we arrived. I think it was the mention of Citizen Cupcake here in SF (which we found but didn’t have flavors we wanted at the time we were there). But today we found some cupcakes – in the Sesame Street Lounge! I had half of this guy 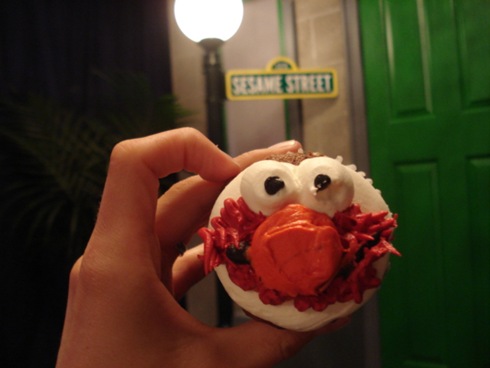 And oh my gosh I want an iRobot vacuum ! We have white carpet at home and I hate seeing the dirt accumulate each day – so I end up vacuuming every other day or so. They have the robots on demo here and they are so cool!

Lastly, they put out big platters of McCain Sweet Potato Fries for snack (along with huge candy bars, popcorn and pretzels). I split these with mom – 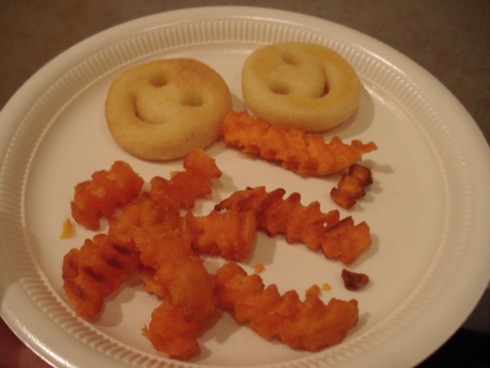 Tonight’s cocktail reception was held in a really cool club called Ruby Skye . I met a ton of really cool people – including the infamous Biggie of Lunch In A Box , who I randomly stumbled upon at a cocktail table! 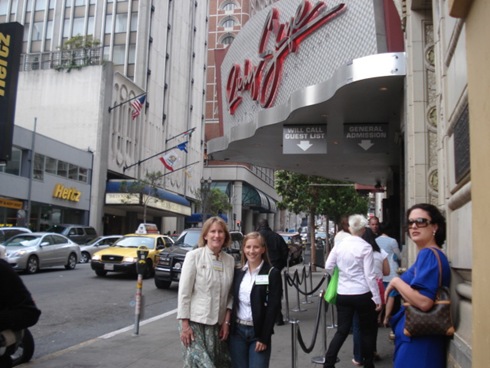 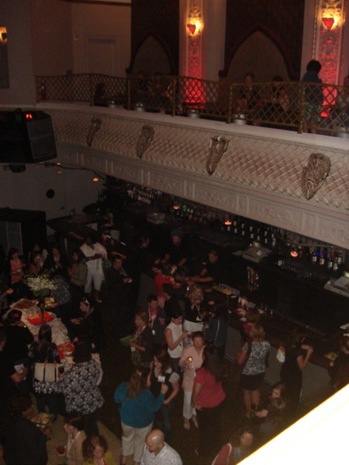 I have one word to sum up the eating part of the night: moderation . I am proud of myself because not only did I eat/drink moderately, but it was effortless (well, mostly 🙂 ). You guys know that party buffets – particularly dessert buffets – are my biggest weakness. Normally I have to work hard to convince myself that I don’t need a third trip to the dessert table (like here , here and here .) But tonight I was moderate across the board, and it was NATURAL! In fact, this whole weekend I feel like I have been eating intuitively .

We started the night with drinks . Seeing that it’s been a girly weekend, I was craving a cosmopolitan ! It was one of the best I’ve ever had – small and strong and cranberryish. 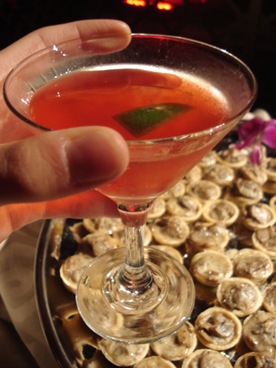 The buffets were fantastic. And it was cool taking all the photos and people just nodding with "food blogger" in the back of their minds 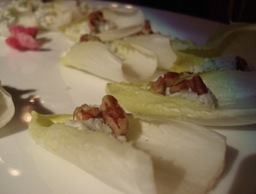 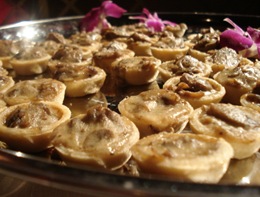 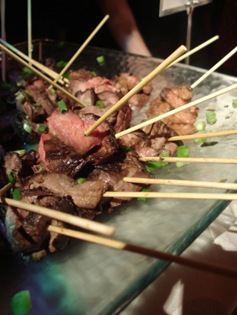 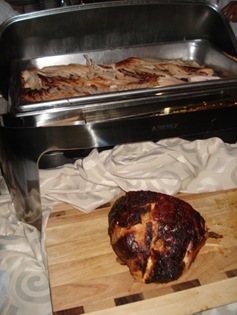 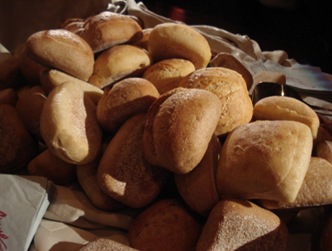 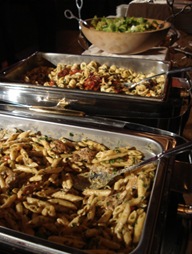 Plus quesadillas and little quiche-like tarts . 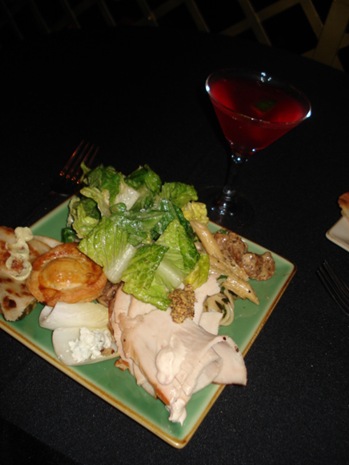 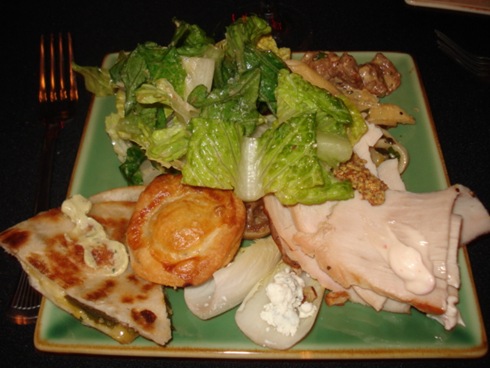 Mom and I were ready for seconds – but then we started talking to some bloggers from – Charlotte!!! – and we both decided that our cravings to keep eating had passed when we finished the conversation. Another lesson to take 20 minutes to reflect before going back for seconds! 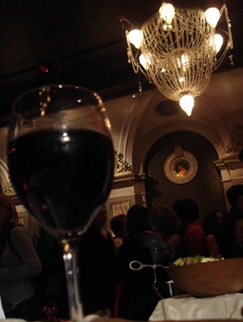 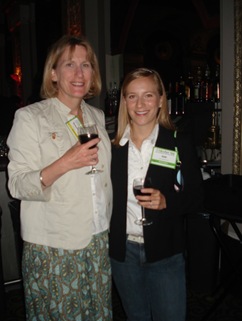 Lemon squares, macadamia nut cookies , and what I would call "brownie batter bars" because they were so gooey and raw in the best way possible. 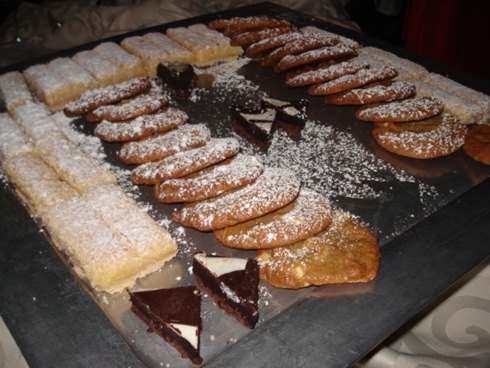 We split one of each. I ate more of of the chocolate, less of the lemon and half of the cookie. I wanted 10 more of each, but we decided to move away from the buffet table and starting talking to new people and that was that! 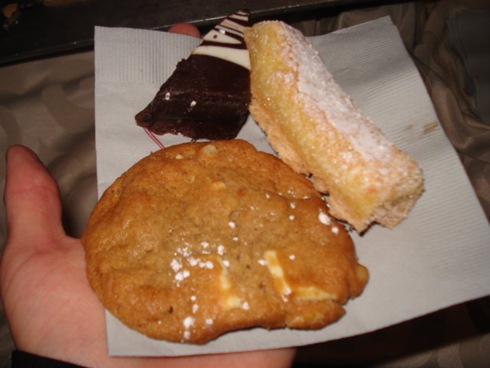 This conference is so well done – and classy. The food has all been outstanding and the people are so interesting. I definitely want to come back next year if I can!