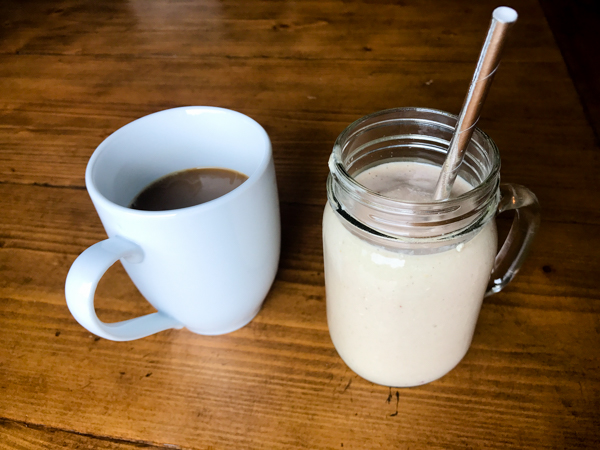 Happy Monday! We had such a full and fun day of summery activities: camp, pool, 2x soccer. The heat has finally arrived in Virginia! I started the day with hot coffee and a tropical fruit smoothie made with Quaker oats and Vega Coconut Almond.

I took Mazen to camp and came back home for a few hours of work. I decided to skip strength class, which I have been missing a lot lately. It’s an hour-long class and adding in 15 minutes of travel and social time on each end, it’s quite the time committment. I’ve been choosing to work while Mazen is in school and getting activity whenever I can, and that worked well today! See below 🙂 Work-wise I finished a post for next week, and sorted through a bunch of emails and things that had piled up over the weekend.

I had a piece of leftover salmon and cabbage for lunch. 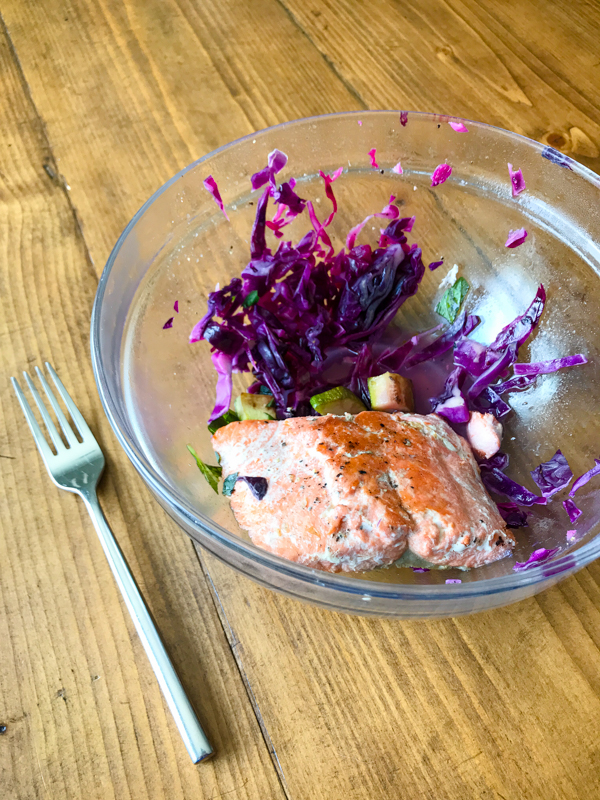 And some cherries for dessert! 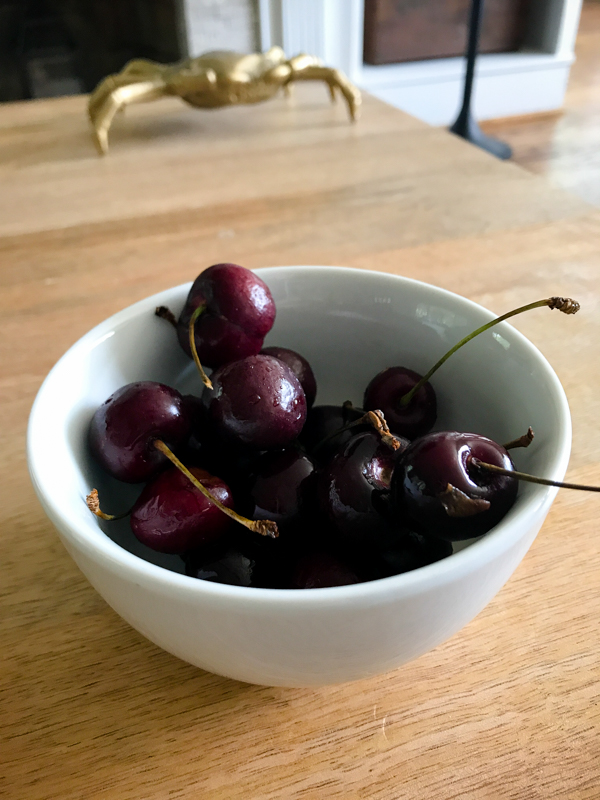 After lunch and before camp pick-up time, I went to the pool and swam laps for 15 minutes. Getting in that activity wherever I can!

You should have seen his face when I picked him up and said “We’re going straight to the pool!” 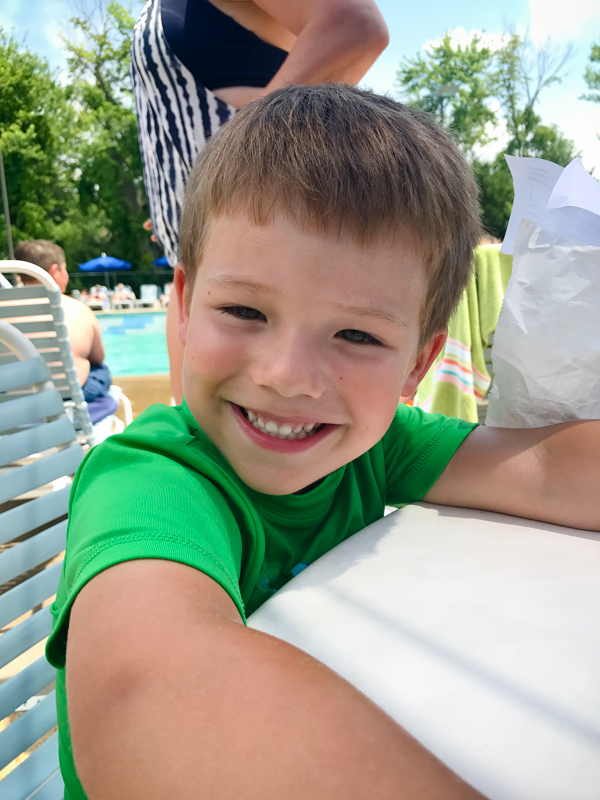 We played and played in the water, both wearing goggles so we could practice going under water! 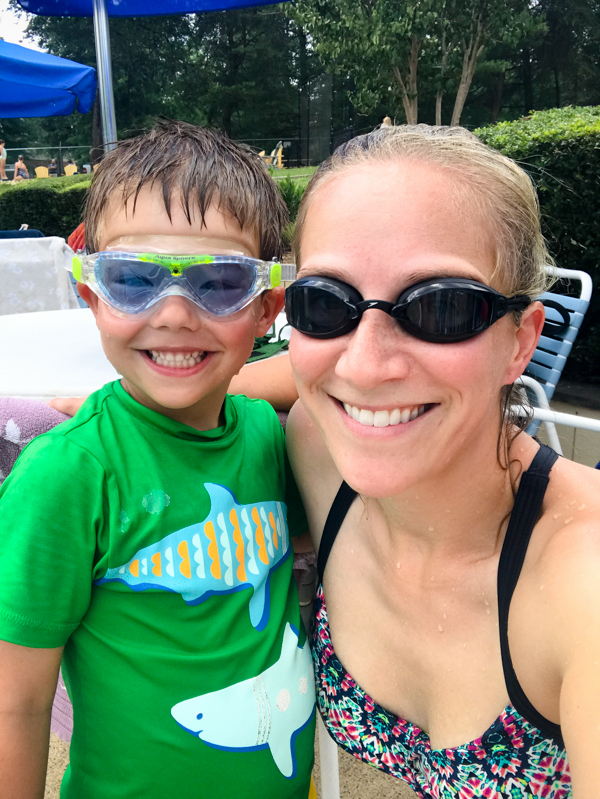 After the pool, we changed into dry clothes and stopped into the grocery store for weekly provisions. 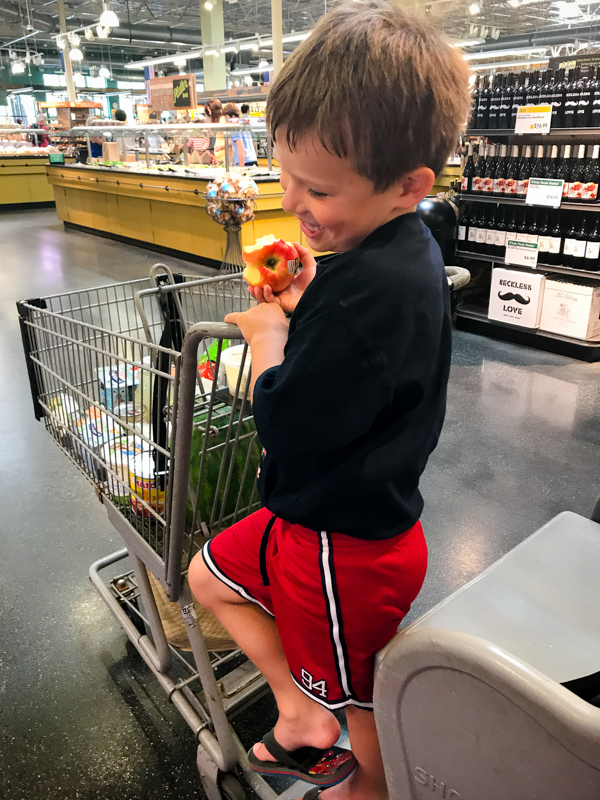 We had a quick snack at home, and Mazen almost fell asleep at the table. But we rallied and headed out for soccer practice. It was really just kids pick-up organized by our neighbors, but Mazen took it seriously! I actually think playing keep-away from 5-7 year olds is good practice for me too, so I enjoyed running around! 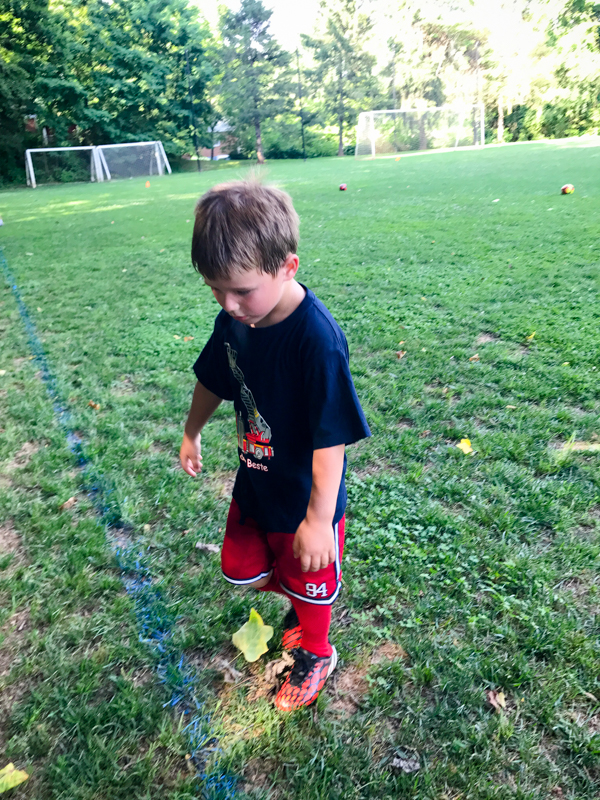 We stayed at the field because Thomas’s team had a game there right after. We packed our beach chairs and Thomas brought us a little picnic dinner in a cooler. The opposing team only had 6/8 players, so I joined them for most of the game and played against Thomas! Mazen cheered us both on. 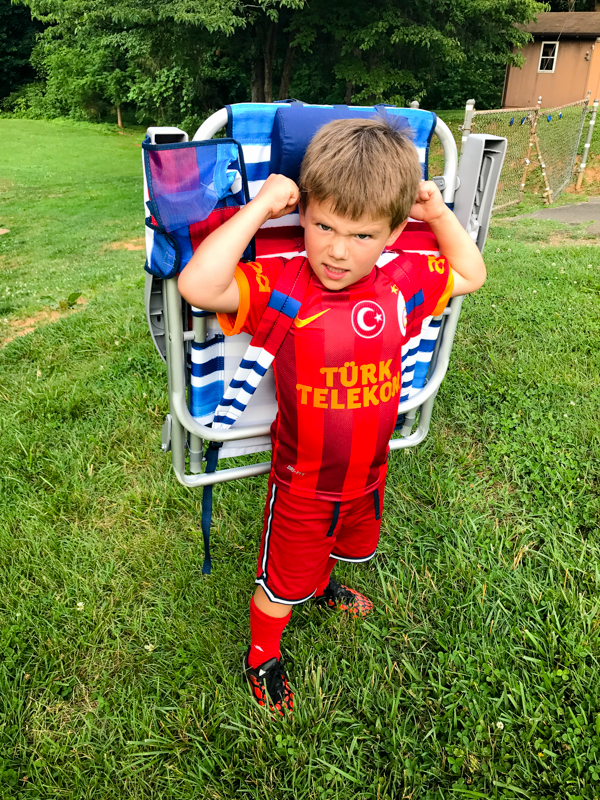 I ended up burning 875 calories today staying as active as I could outside. Not bad for nothing official! 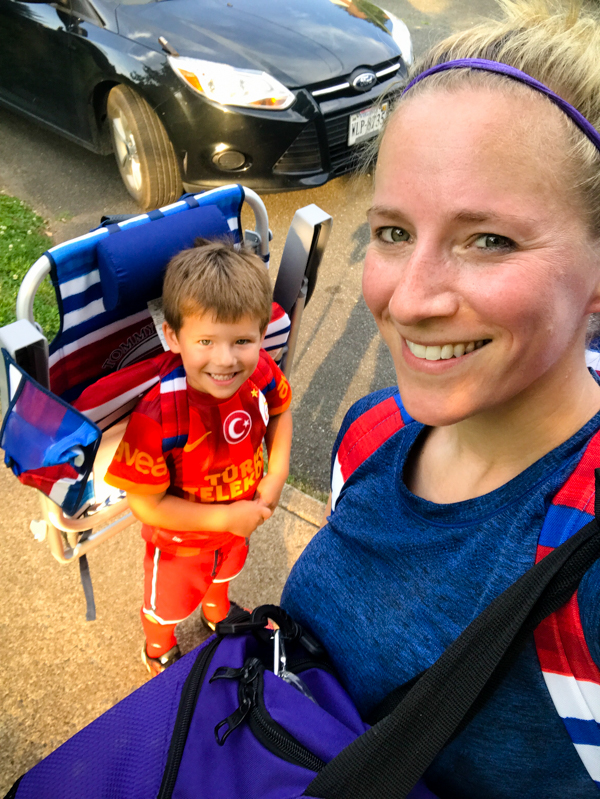 Since I didn’t eat my sandwich at the field, I had it for dinner when I got home (turkey + havarti + pickle) plus some leftover roasted squash and a Shower Beer!!! Shower Beer is the BEST after soccer. 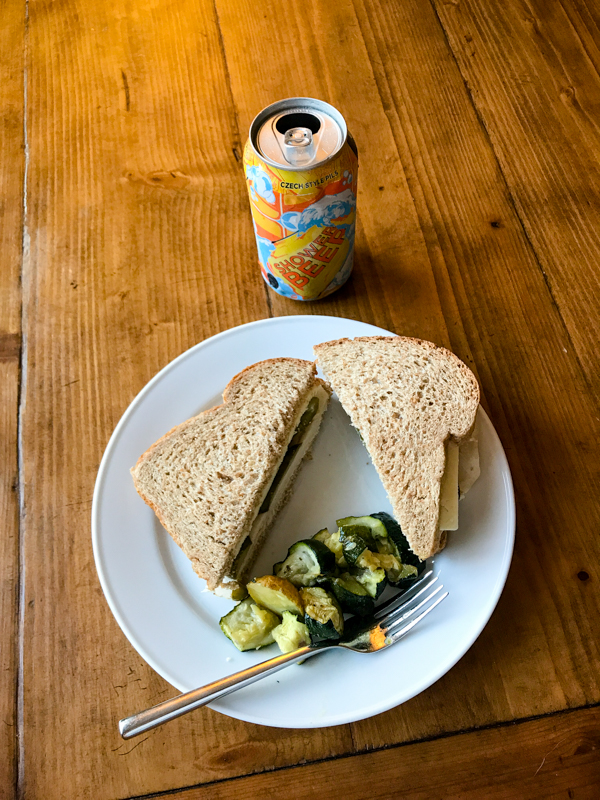