Let’s all bow down to the mighty slow cooker. It wins again! 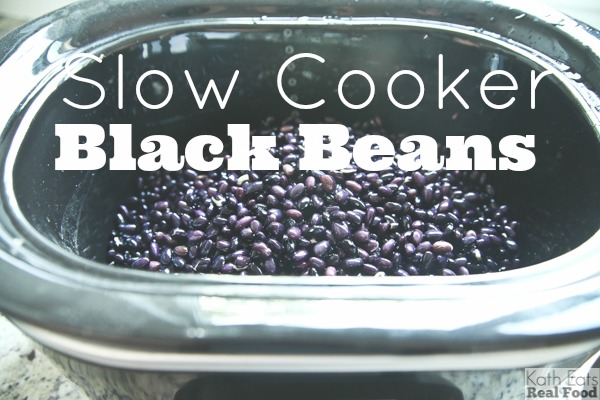 Matt brought home some local dried black beans from Steadfast Farm from the city market last week, and I decided to meal plan around them. After all, a pound of beans makes a LOT of food! 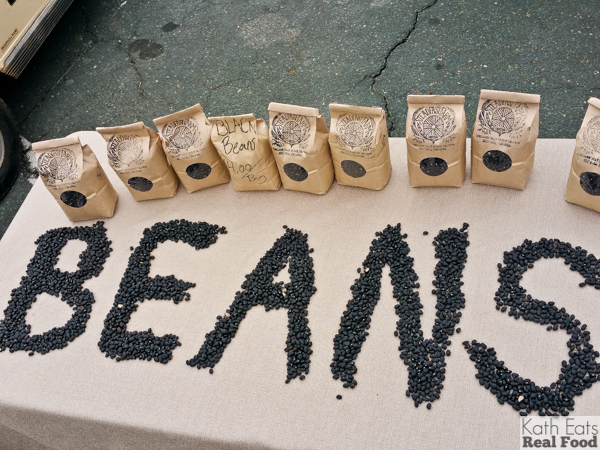 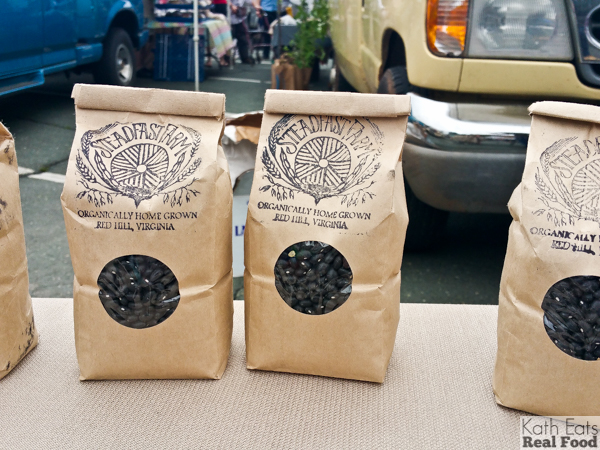 I’ve made beans many times in a big pot on the stove, but I haven’t always loved how they turned out. They tended to explode, and my pot always boiled over. I wanted to give the ole slow cooker a try this time and did some internet research on the best method.  Note: the only bean you can’t make in the slow cooker is kidney. They must be boiled to remove phytohemagglutinin toxins!

There is debate over whether to soak or not soak, to salt or not salt. My research concluded I would both soak and salt.

So I filled the crockpot with the beans and water and let them sit overnight. The next morning I rinsed them off and then covered them with water by an inch. 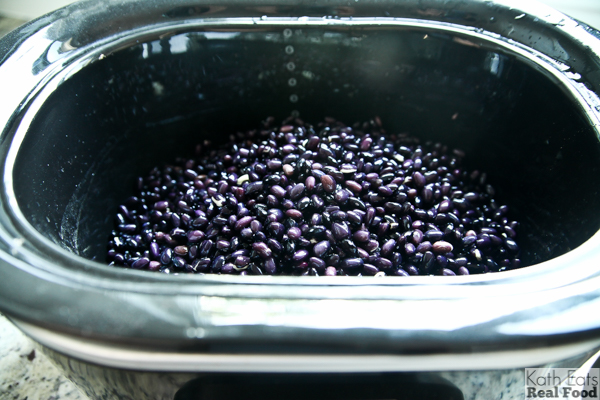 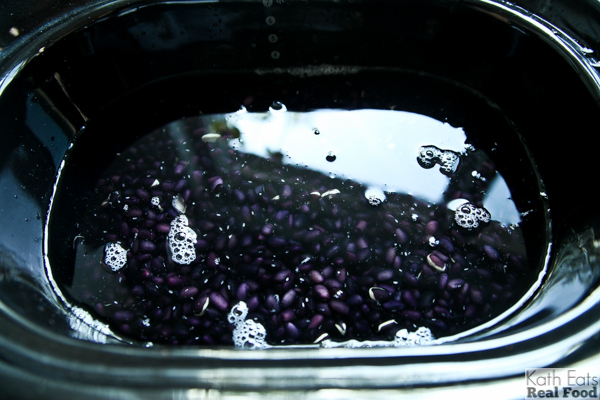 You can add any aromatics you like – from garlic and onions to a ham hock. I kept it simple and used 3 cloves of crushed garlic and 1 teaspoon of Mexican seasoning. Plus the 1 teaspoon of kosher salt. 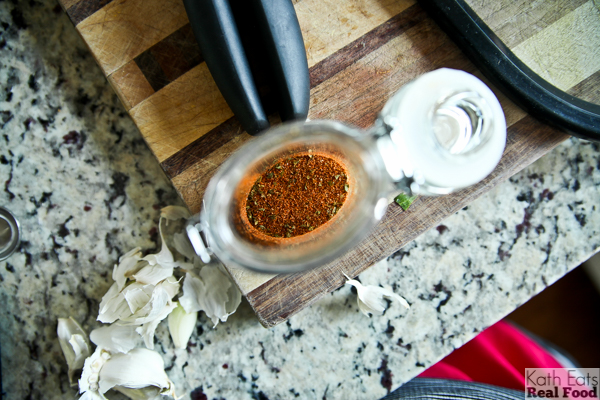 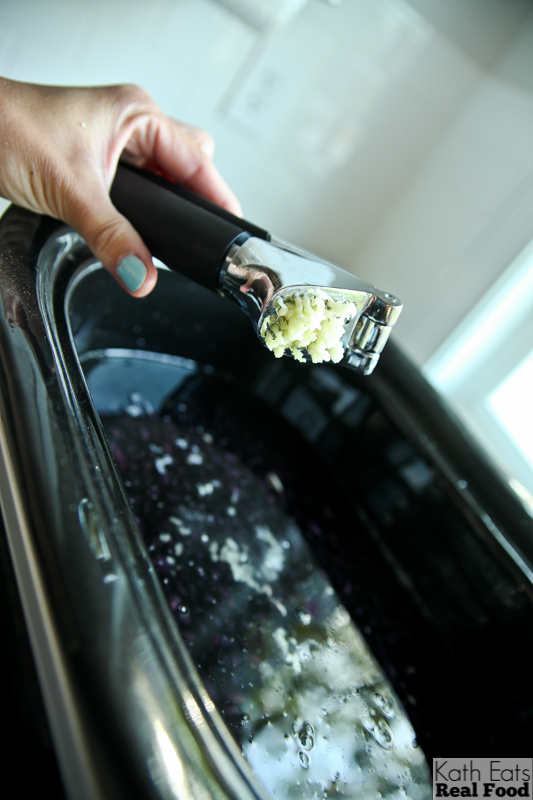 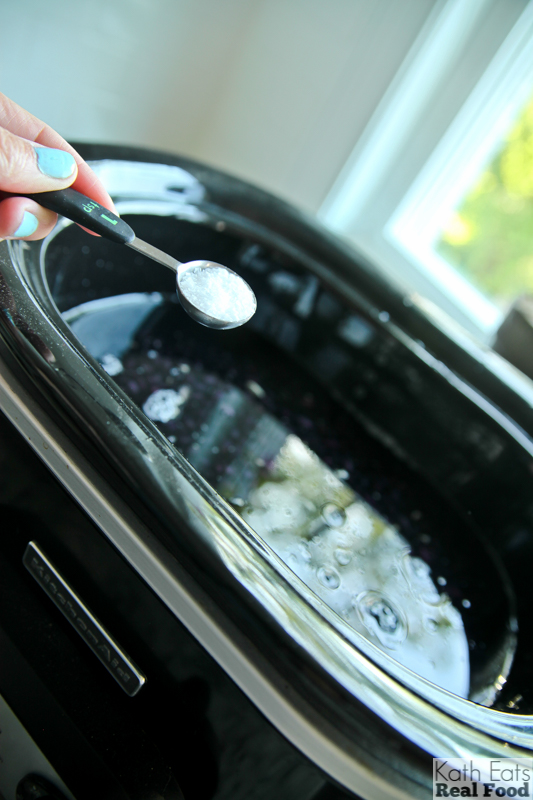 After just an hour of cooking on low they started to smell great! And about 5 hours later when I tasted them, they were nice and tender. I switched the crockpot to simmer for the remaining 3 hours, but they could have been enjoyed then. If you’re going to be gone for 8 hours, I think adding a wee bit more water and leaving it on low for the full 8 would be just fine. 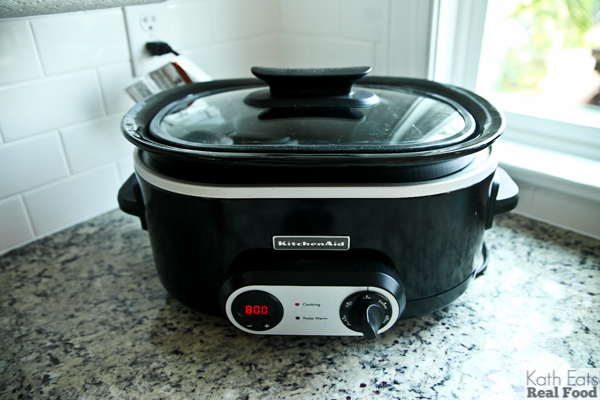 The beans were perfectly cooked without much “exploding” out of their skin at all (a problem I’ve had in the past). The beany liquid could either be drained off for nachos or eaten as a thicker soup. 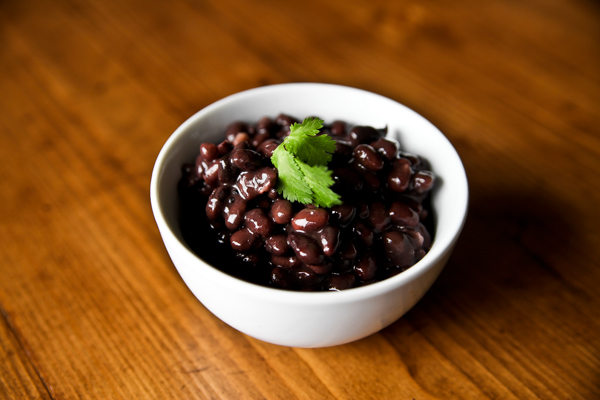 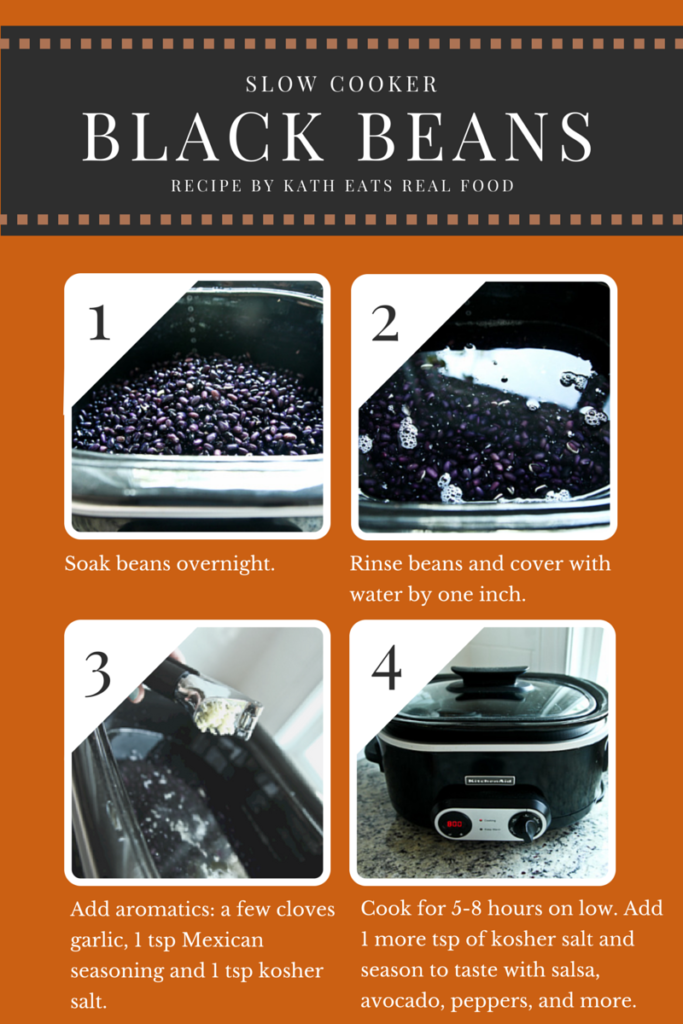 We made nachos, then quesadillas, which was last night’s dinner along with a salad of greens, avocados, and red peppers. 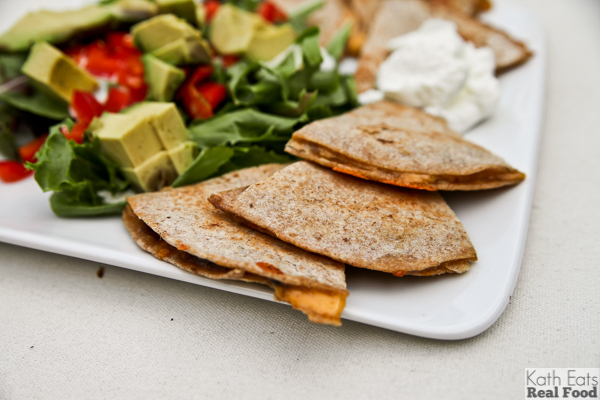 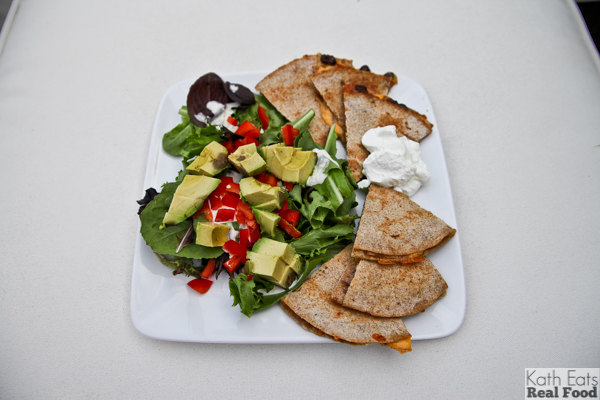 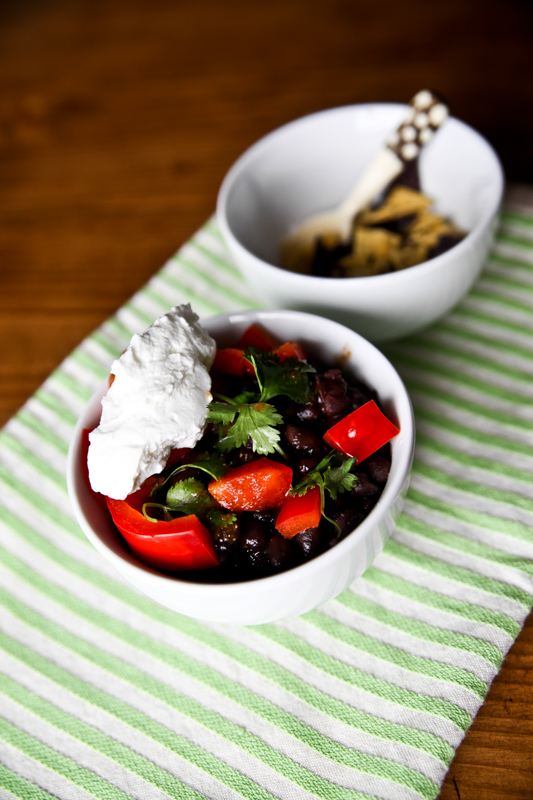