You are here: Home / Lifestyle / Doughday

Having a great day being a future bakery owner!!!

Who knew dough was so much fun!!! It’s really got a personality. For those of you who don’t know, Matt and I are opening our own Great Harvest Bakery in Charlottesville, VA this fall.  We’re selling our house now, moving when I’m finished with my dietetic internship (likely August 1st) and hoping to open our store in October. Matt has been baking for Great Harvest for a year and a half and is the King of Bread

I started the day at 5:45, woke up, dressed and went over to Great Harvest where Matt was well into his workday! 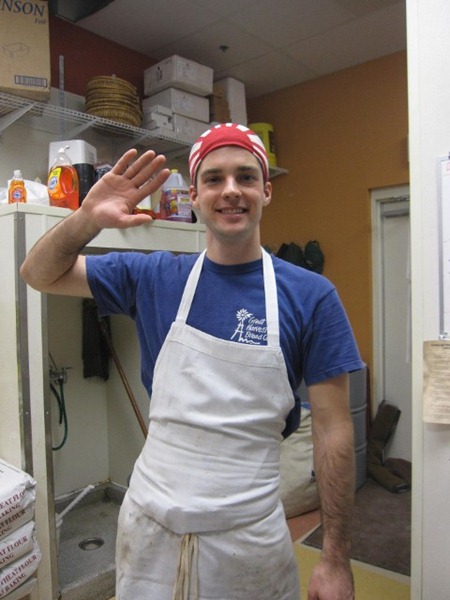 He brought me a cup of coffee 🙂 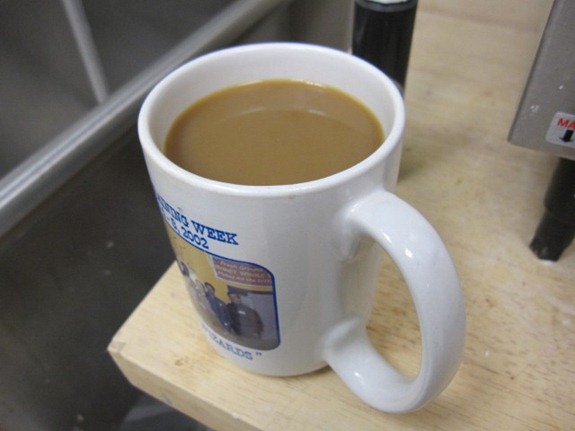 And an apron to put me to work! 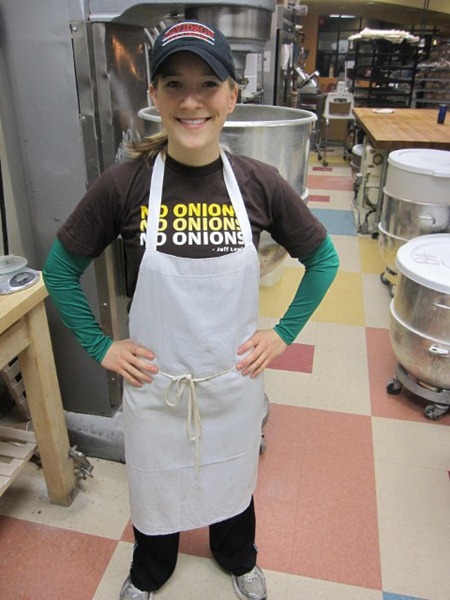 And I fueled up with a banana + PB toast. Brought the banana from home and assembled a delicious goo on top of some Whole Grain Goodness 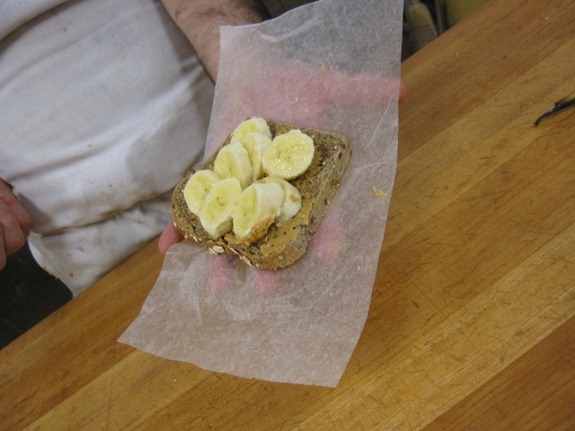 After a few minutes in the oven with a drizzle of honey!! DELICIOUS!!! 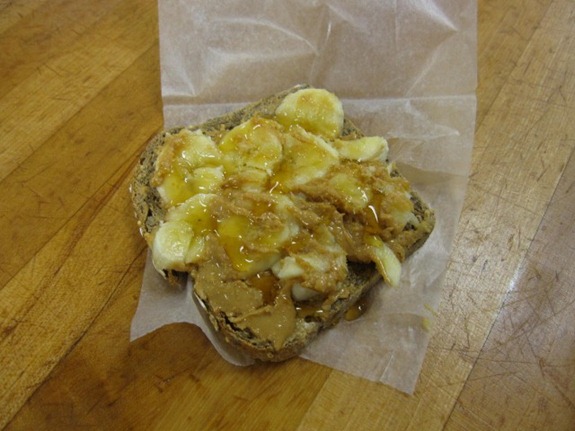 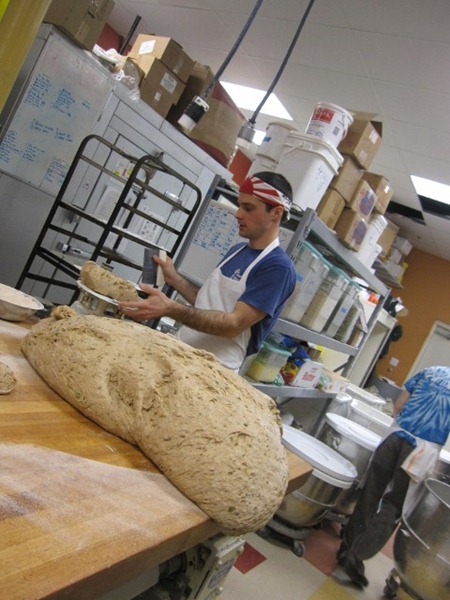 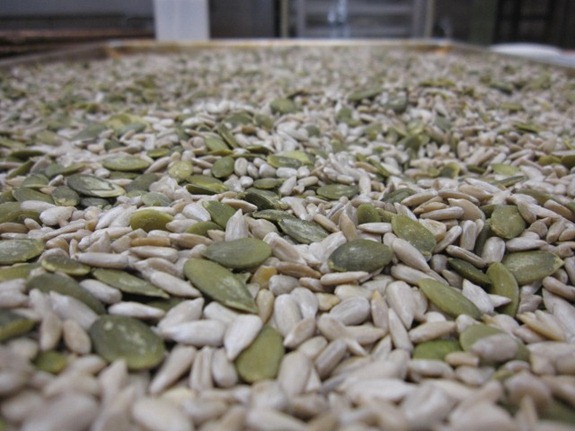 Picking this guy up from the mixing bowl was QUITE heavy!! 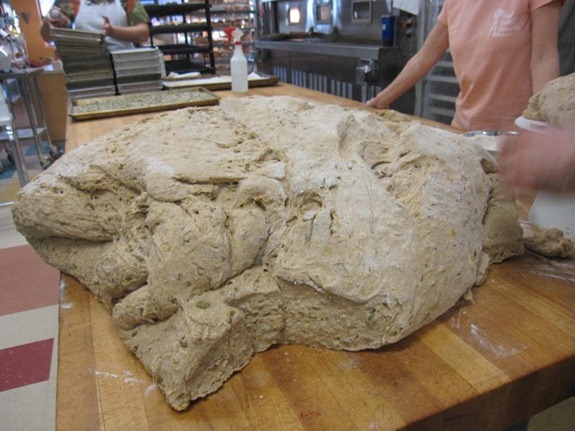 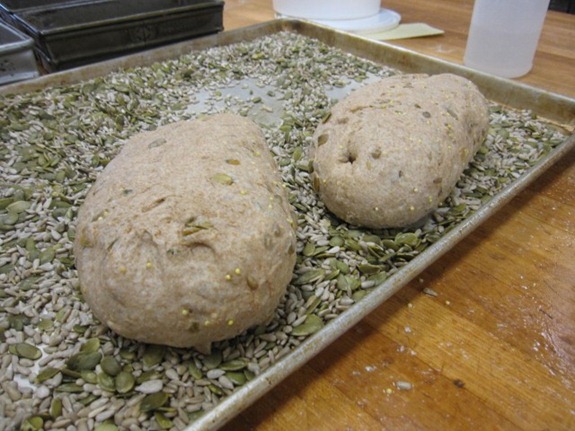 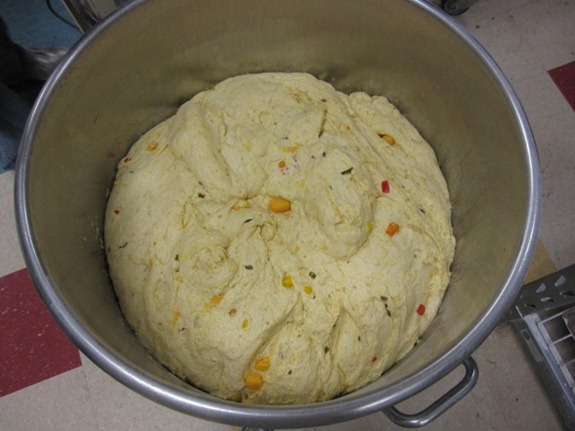 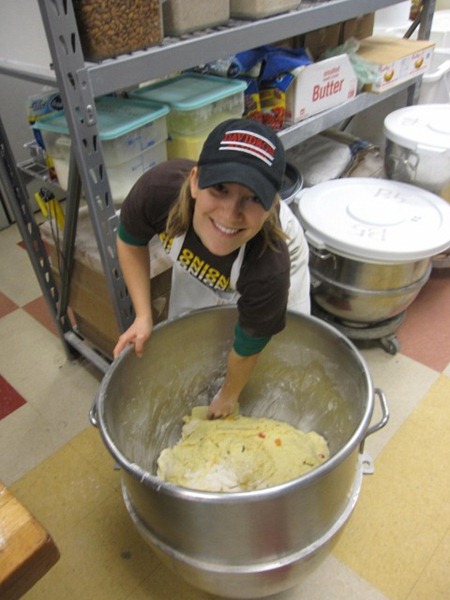 Shaping dough is quite the art, but I caught on quickly, and Matt said I was an excellent student!! 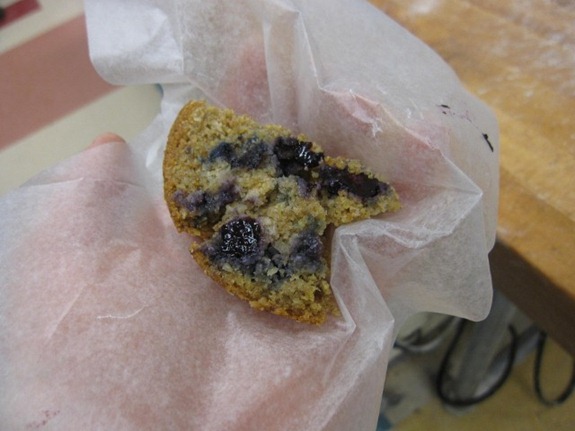 And a Virginia bun fresh outta the oven swiped in a focaccia pan oil headed to the dishroom! (Apparently this is the cool way to get your energy 😉 )  I tried a few more bites of dough and breads throughout the morning, but nothing significant. I also made a point to cut myself off at 8:30 because I was planning to go running! 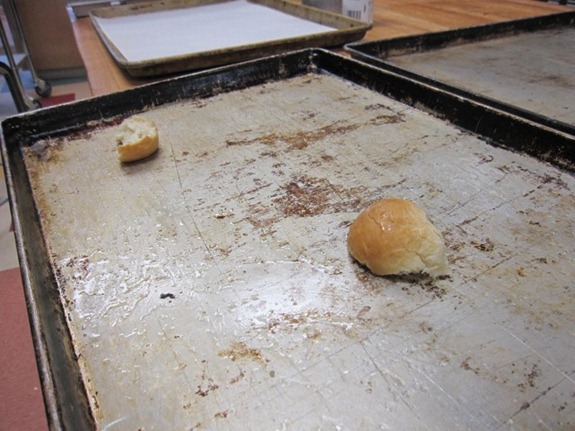 After all the shaping, Matt and I had to make some more brown sugar as we prepped for the next day’s sweets 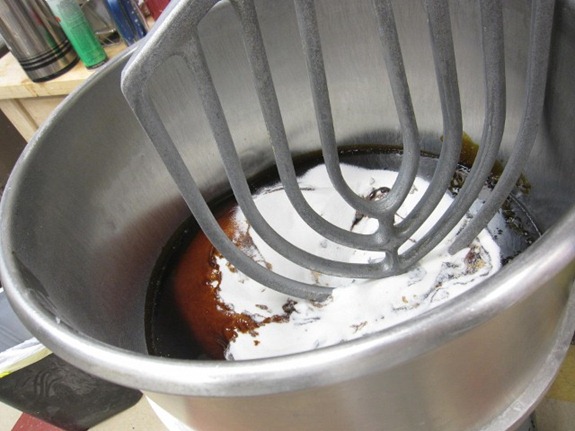 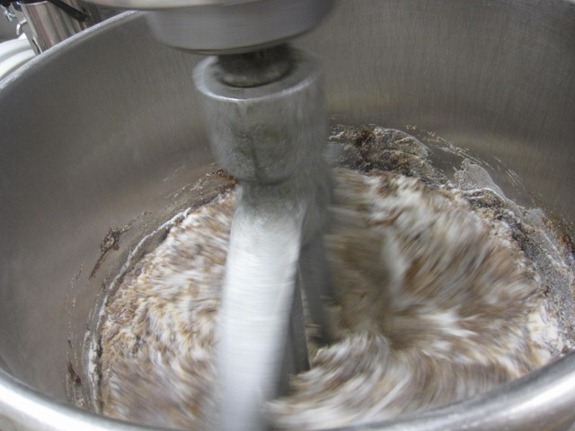 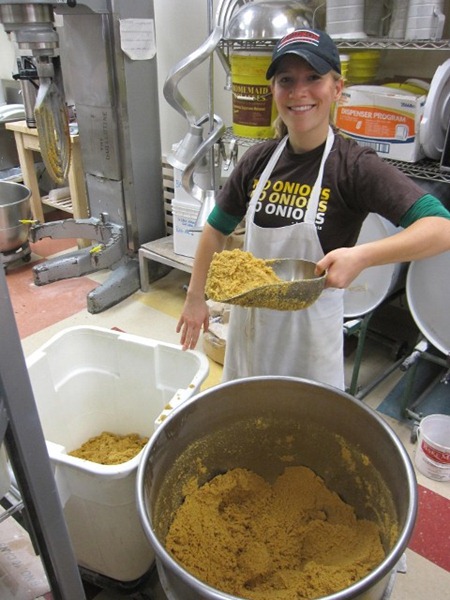 I was very surprised at how tiring my morning was. Lifting heavy things, being on my feet and shaping dough wore me out! My legs felt like I’d been on a run. 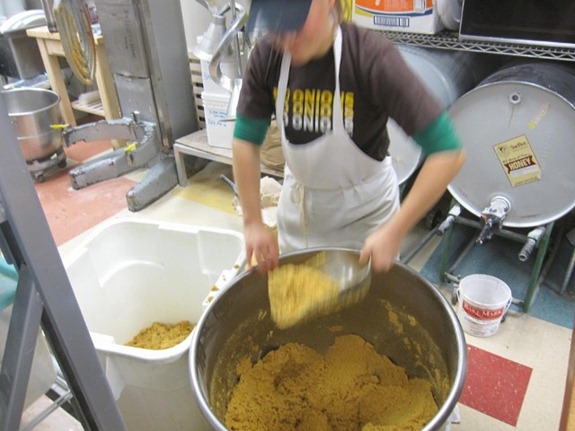 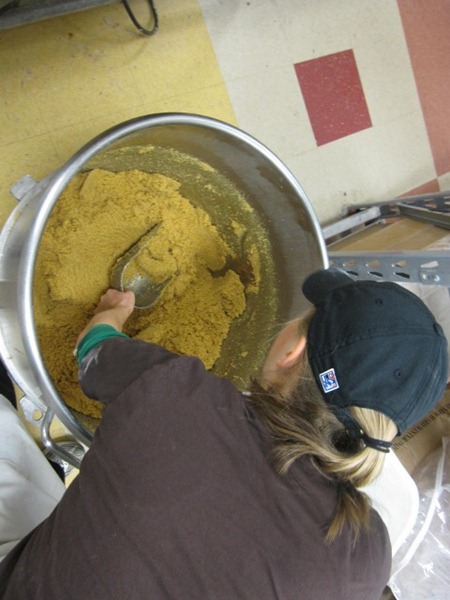 I had originally intended to go running afterwards, but after four hours of work, I knew it wouldn’t be my best run, so I did a quick change of plans: NEAT today and run with Matt tomorrow when we both would have fresh legs.

We came home and both crashed into a nap!! (I pretended I had been up since 3AM too 😉 )

After a power nap and showers, I was quite hungry for lunch. 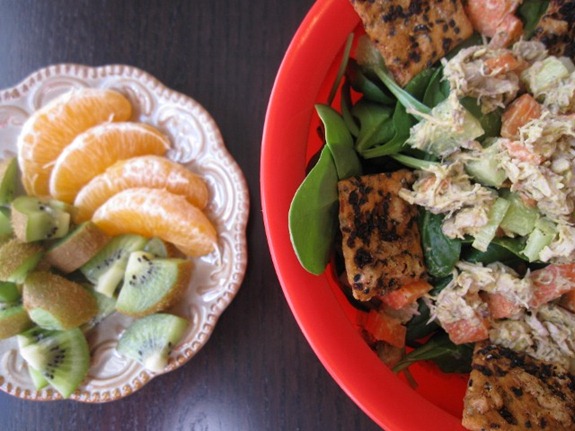 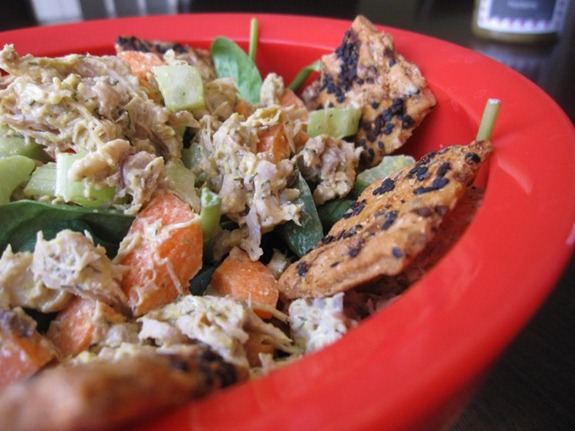 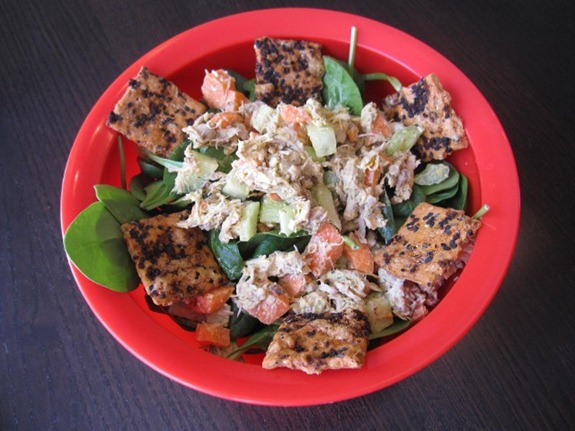 And fruit (ate more of that orange as we were prepping) 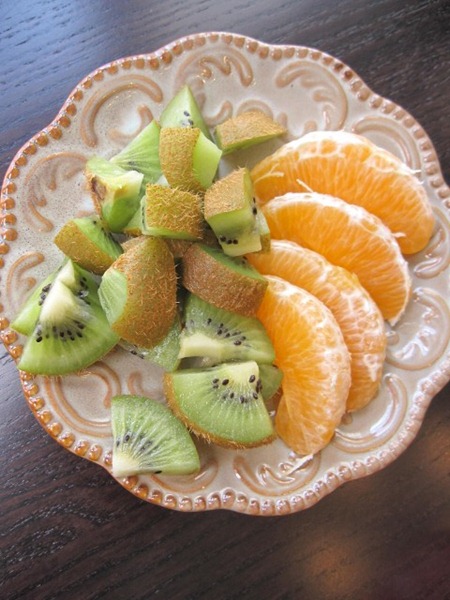 Matt had two sandwiches. I swear the guy lives on bread!! But bread is fuel and he sure earns it, I now know. 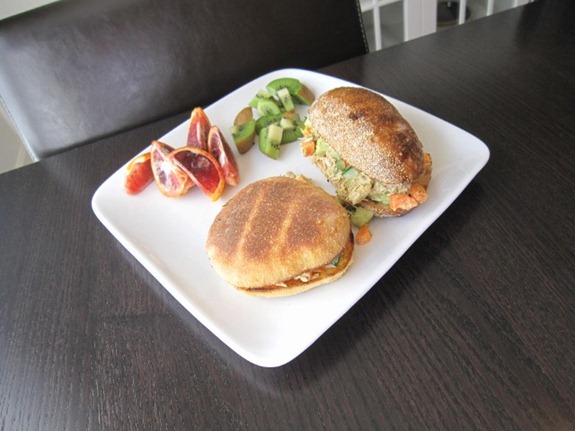 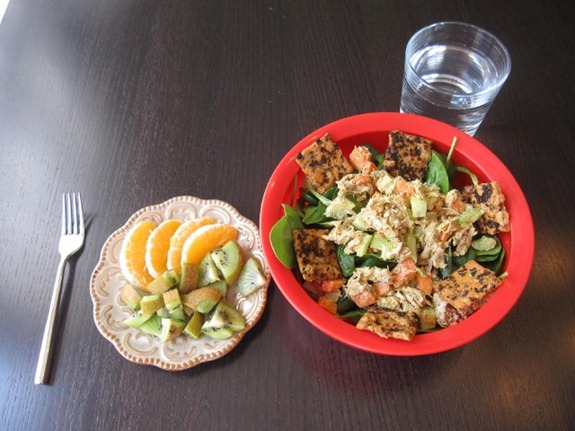 I had a really great time this morning and am super excited to be a bakery owner!! I love hands-on work and find it very fulfilling. I also love working with food. And I love bread! And what a coincidence I picked a career that would prepare me for working in an industrial kitchen and with healthy food products!?  I never would have predicted three years ago that this is where we’d be headed. Thus is life.

If you’ve never tasted Great Harvest bread, I urge you to go find a store if you have one nearby and taste a slice from their bread board of samples. I really do think it’s the best bread in the world!

Gotta run because the people coming to see our house will be here soon!! Crazy day. Have a great one!