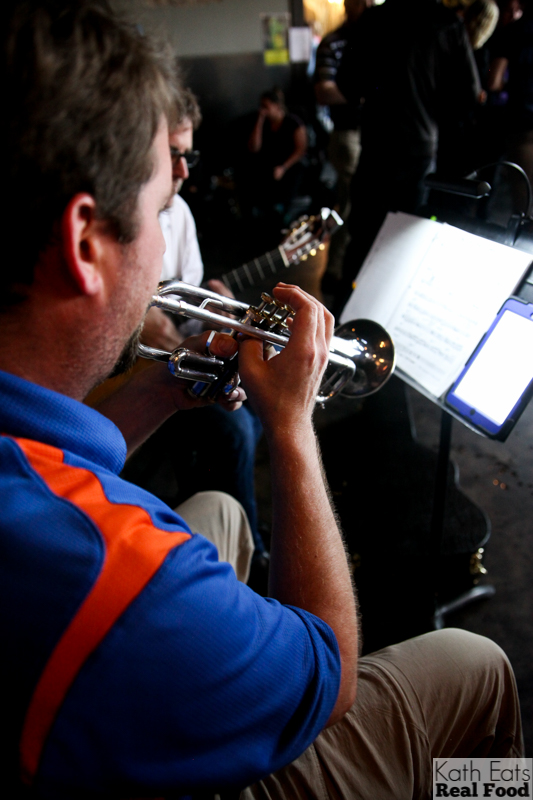 Not only does Jeff play the trumpet, but he’s great a brewing beer too. Jeff lives next door to Three Notch’d’s brewmaster Dave, and they dreamed up this New Orleans’s inspired beer over-the-fence one afternoon. Jeff developed the recipe, and Dave and his team brewed it to perfection.

This Jazzfest Sugarcane Pecan Ale is one of the best beers I’ve ever had!! It totally captures the essence of a toasted pecan, and you’ll just have to go try it to believe it! 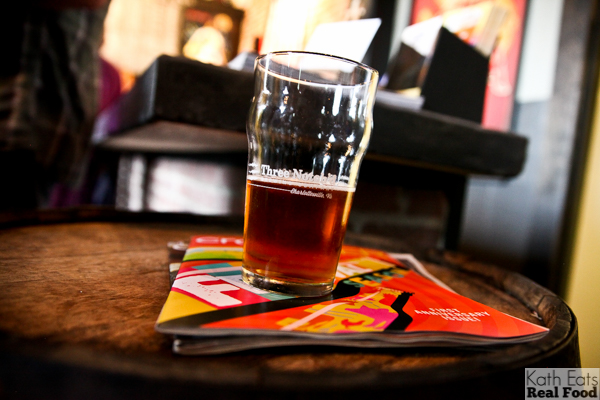 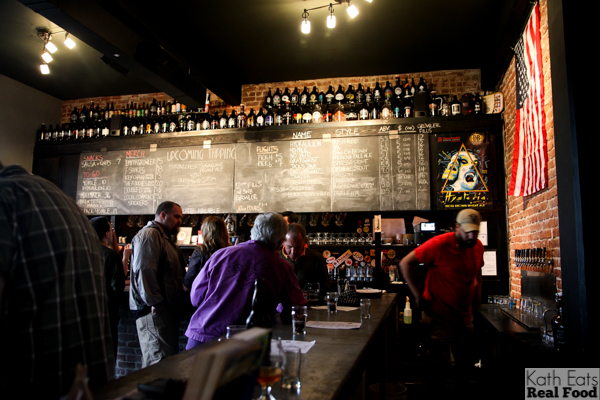 We met our old neighbors John and Christine there for a little double date action. 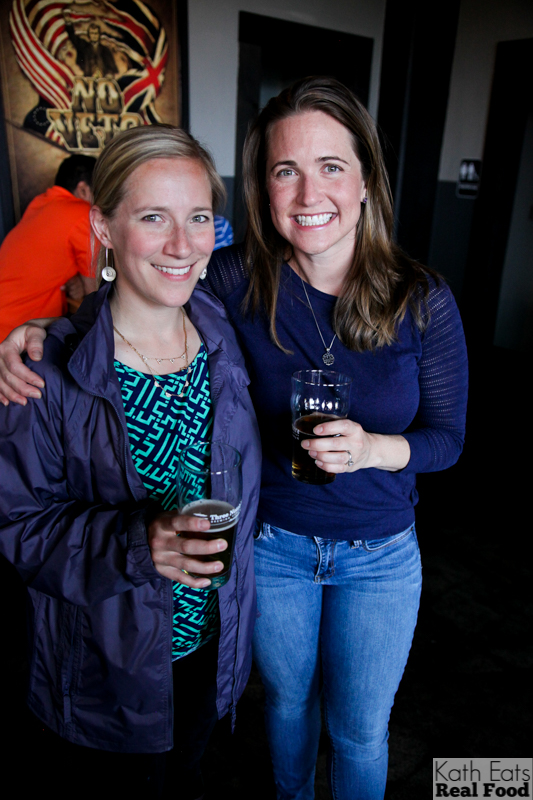 And for munching – Jeff made spiced pecans to share with the whole brewery! So delish! 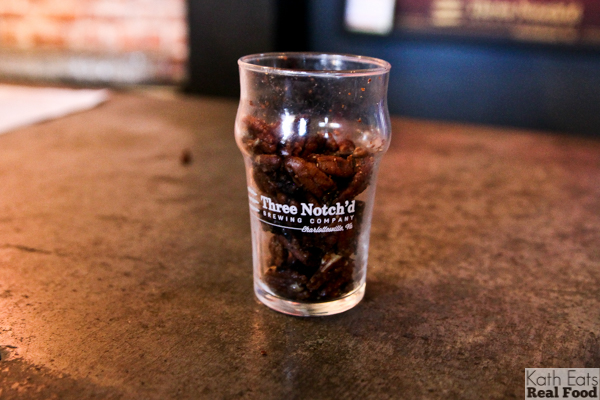 On our rainy evening, we headed to West Main Street towards Oakhart Social, a new restaurant we’ve been dying to try but can never get in. When we arrived we were initially turned away, but a reservation cancelled literally as we were a block away and the host called us back in. Such lucky timing because we had a great dinner! 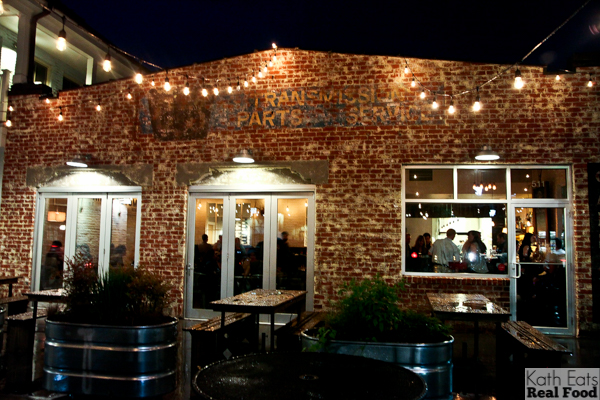 The menu is full of small plates – or what I’d rather describe as “large appetizers.” We chose 4 dishes to share along with half a carafe of wine (LOVE wine in carafes!) 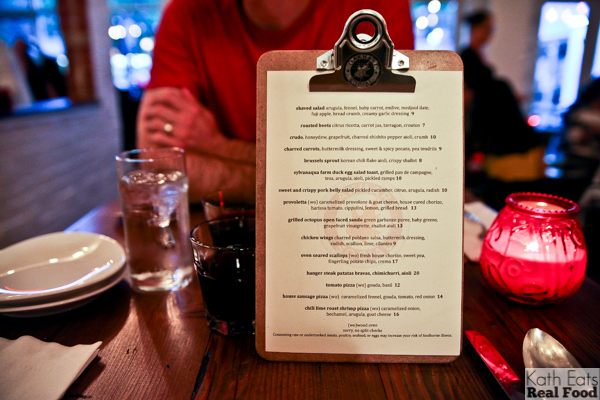 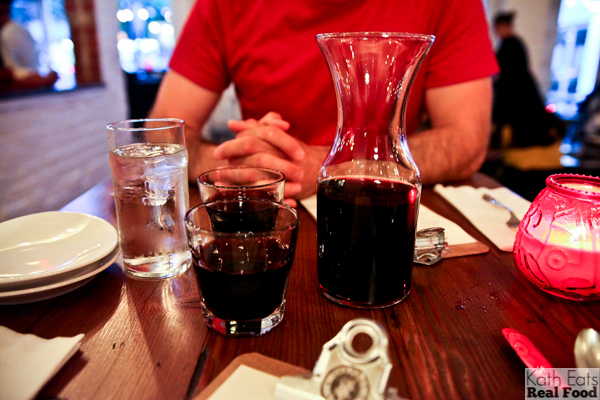 First the shaved salad, which I LOVED. It had arugula, fennel, carrot, endive, dates, apples, bread crumbs and a creamy garlic dressing. 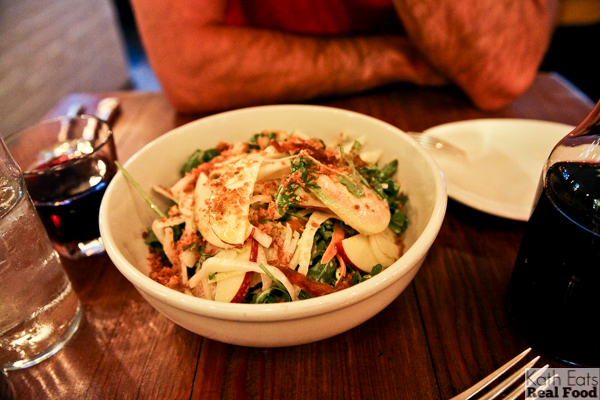 Next up was the famous pork belly salad – pickled cucumber, citrus, arugula and radish plus juicy fried pork belly. 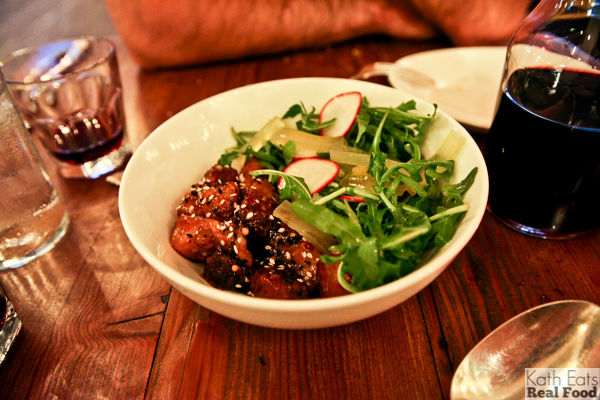 Next up was the Provoletta, a baked provolone dish with tomatoes and herbs. Loved this over grilled toast points! 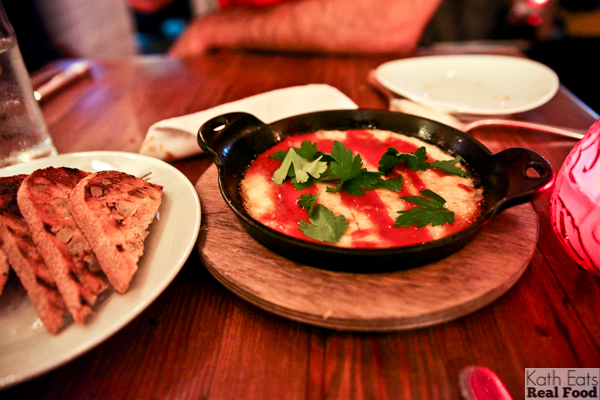 And finally the scallops with a chorizo, peas, crispy fingerling potatoes and creama. 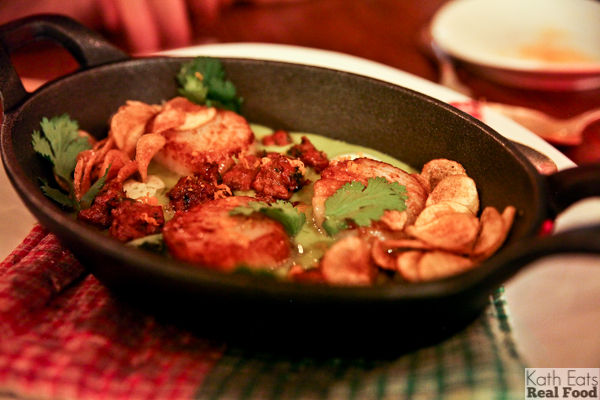 We resisted dessert, but the s’mores at the table next to us looked amazing!!! We will be back for pizza next time. All four of our dishes were incredible.

Friday morning breakfast was a simple smoothie made with banana, strawberries, oats, yogurt and milk. Mazen and I had so much fun making this together! 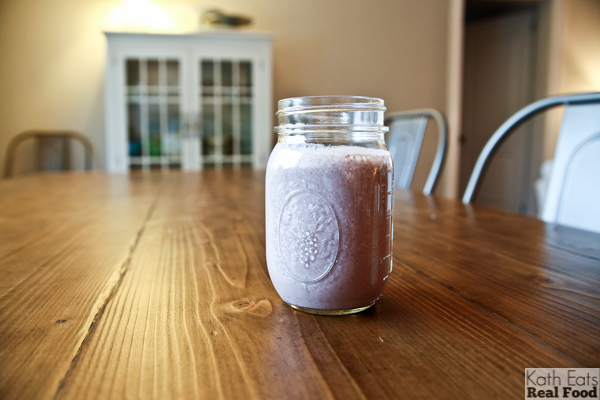 Plus half a toasted roll with butter – 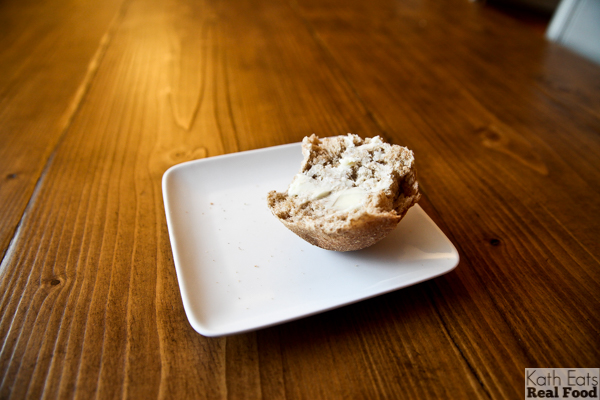 Karen and Mazen played while I went to the gym for a quick workout. My friend and I debated if it should be called “lazy cardio” or “active rest.” We decided active rest sounded best 🙂

Back home we played around for a bit and then put together a great lunch! We made Cook Smarts’ Pesto Portobello Pizzas with Dijon green beans on the side. I was THRILLED when Mazen ate 4 of the beans. A huge step forward! I think we are hitting a turning point when it comes to eating veggies. I just keep on modeling! 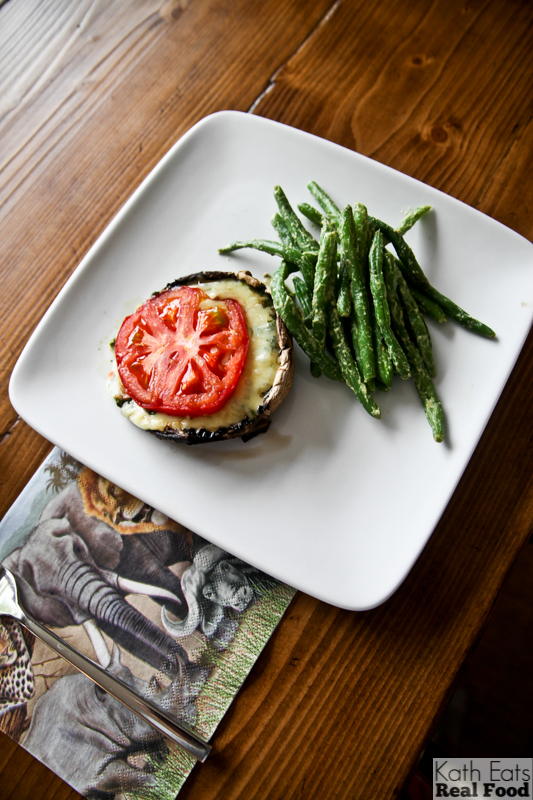 We had to take care of a few errands in the afternoon, and I got some work done while Mazen watched The Lion King for the first time with Karen!

Dinner tonight was a party – Uncle Jeff came over, and we popped open some bottles of wine and jazz to celebrate the weekend. Earlier we picked up some sweet Italian sausage and Mona Lisa Pasta and had this dish with peppers, kale and marinara. Delish! Always love fresh pasta. 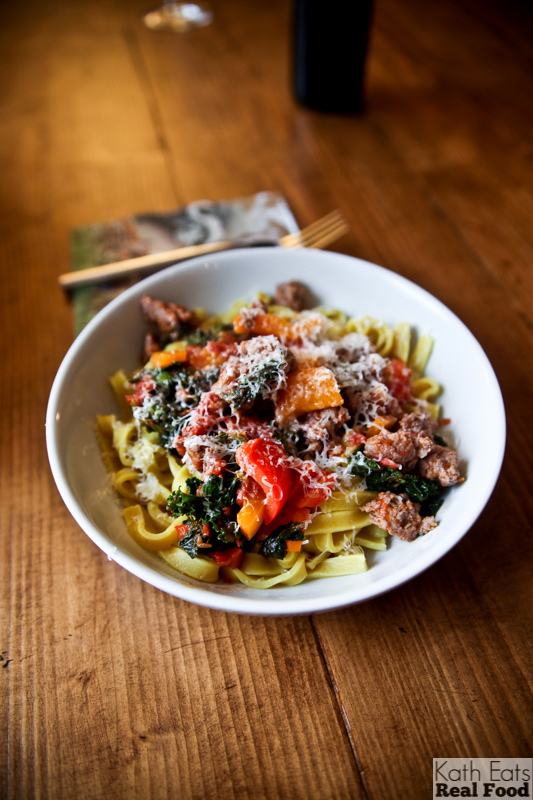 For dessert we have The Pie Chest’s Chocolate Chip Whiskey Pie – at many recommendations – and can’t wait to dig in!!