You are here: Home / Travel / Cupcakes Steal The Show 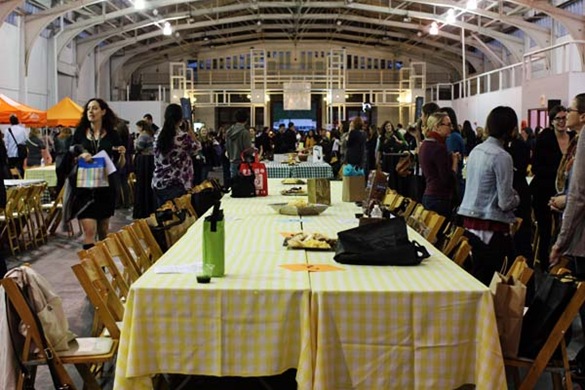 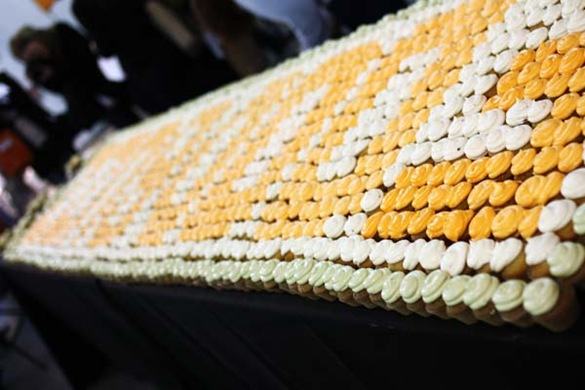 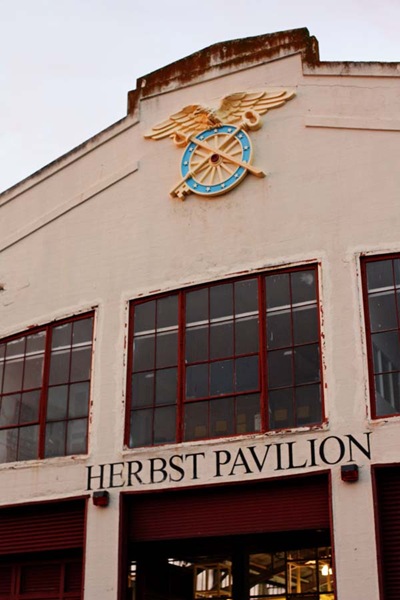 Tonight was the kickoff Street Fair event with booths by some of San Francisco’s finest. 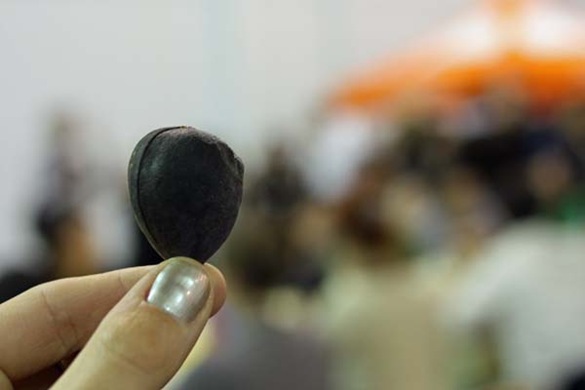 Snagged off of one of the tables full of appetizer bites, which i nibbled on during the brief sit-down portion of the evening. (The Frog Hollow Pears were amazing!) 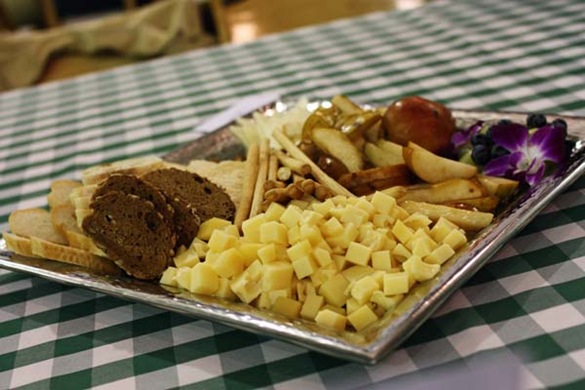 I grabbed a wine too before we sat down, but didn’t end up being much in a drinking mood yet again. 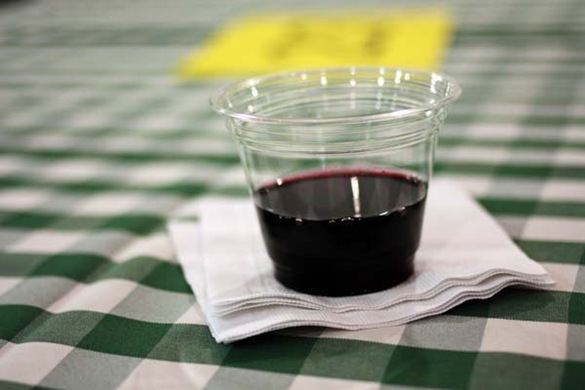 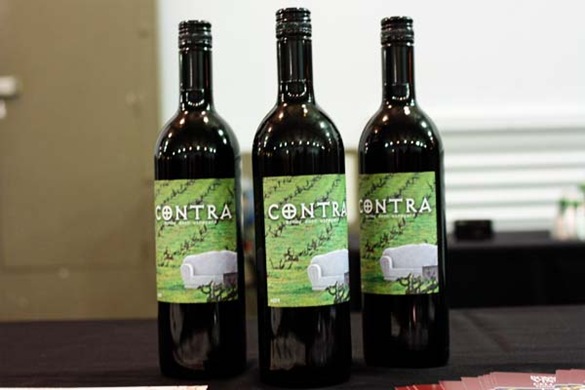 I also tasted a couple of the beers much later in the night in Matt’s honor. But much to my disappointment the Vanilla Bean beer was all gone!! 🙁 I’m going to try to find it on Wednesday when Matt is here and we have a final day in San Francisco. 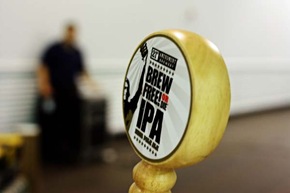 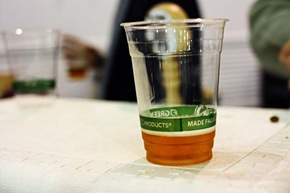 We played a fun swap game with foodie gifts from our hometowns. I brought Matt Cracks to share!

Then we were released into the wild!! Here were the samples I tried – I did a good job of just tasting, not eating so much that I ran out of room. 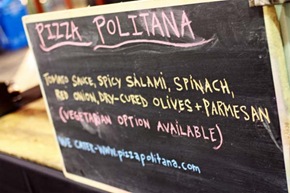 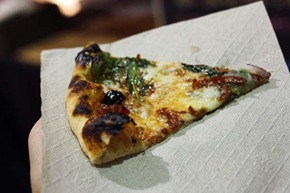 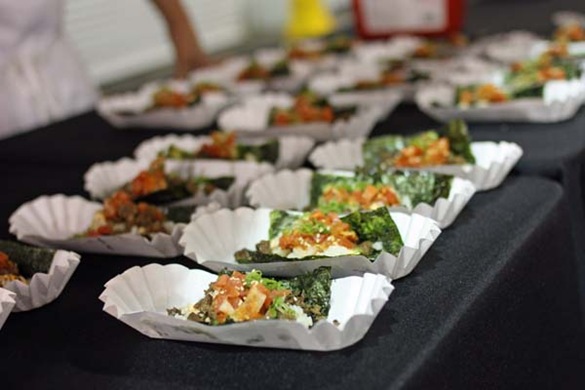 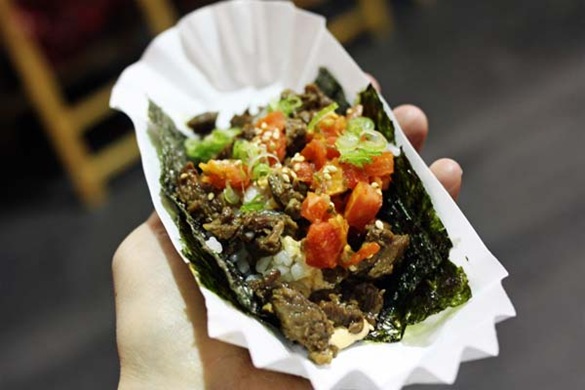 Emily and I shared this curry wrap 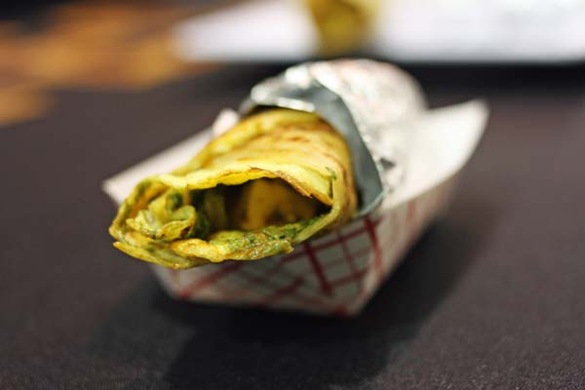 A homemade macaroon and toffee bite from a gift bag! This was super delicious – should have been a featured item of the night, but instead, someone made it by hand! 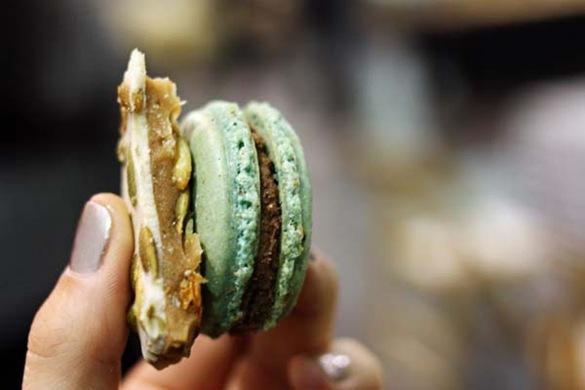 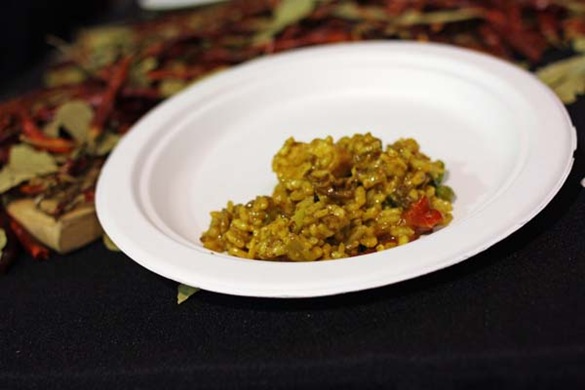 Straus Ice cream sample! The toffee was my fav, and the ice cream was so rich! 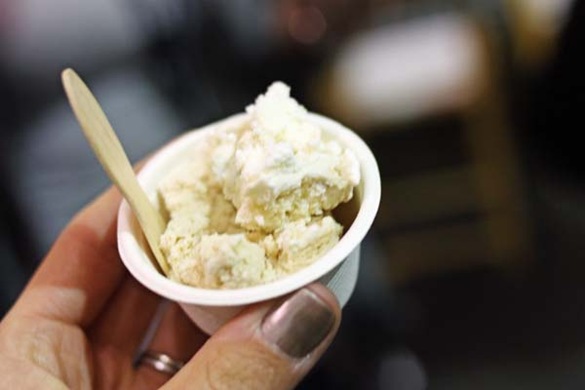 The savory highlight of my night was this crispy pork sandwich with pork rinds. Y’all know I don’t gush over food like this often, so please understand how UNBELIEVEALBE this sandwich was. I have no idea how they elevated the tastes to such a high level. 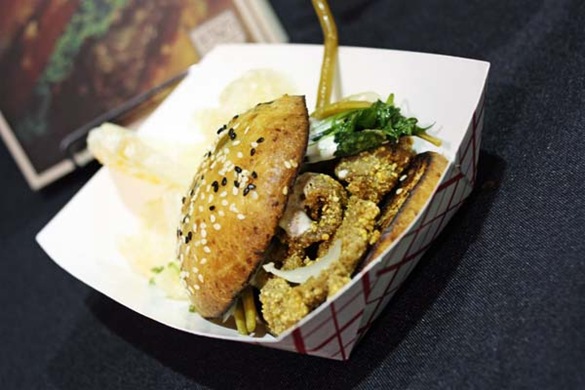 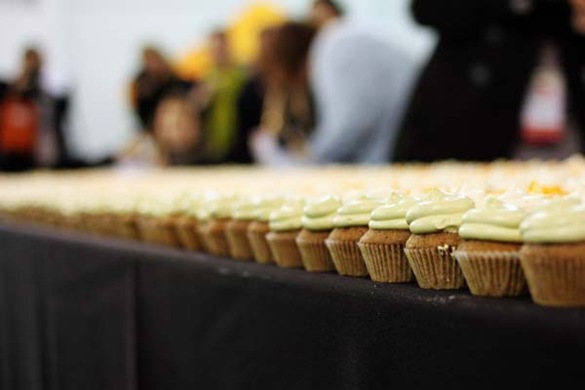 Mission Street Cupcakes were a huge hit last year, and they made an even bigger splash this year!! Look at this entire table full of pumpkin, vanilla bean and a green pistachio spice 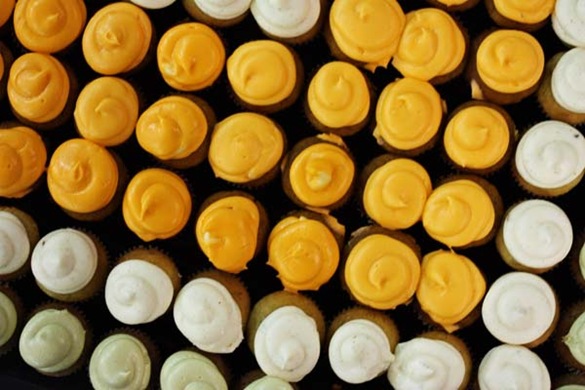 I tried one two of each flavor. The pumpkin was by far the best! But I did dig the vanilla frosting 🙂 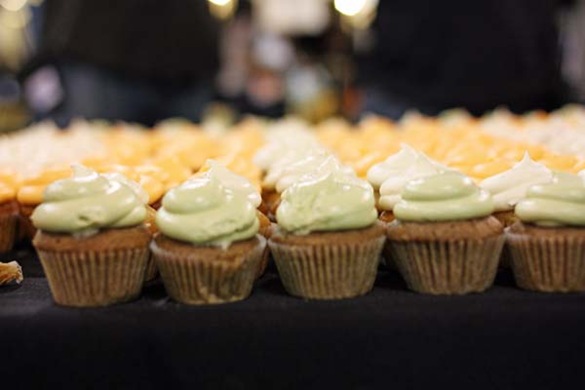 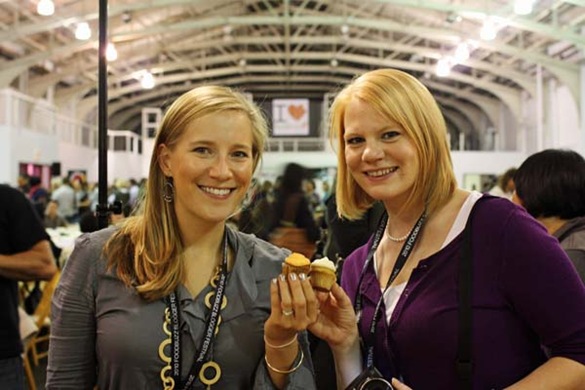 And guess what? The Food Network was there filming a show for Cupcake Wars!! Many of us were interviewed and we’re crossing our fingers the Festival will be part of an upcoming show! 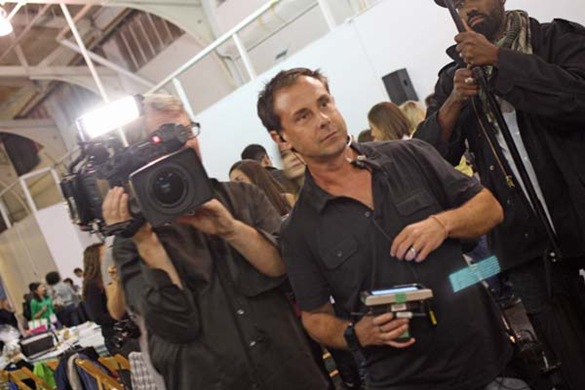 Despite the seven (yes, seven!) mini cupcakes I had, I don’t feel too bad right now.

Meeting so many awesome internet friends in real life is so …unreal! And so much more fun than you could even imagine. 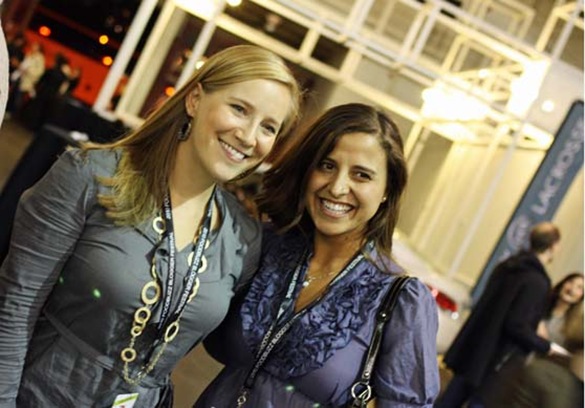 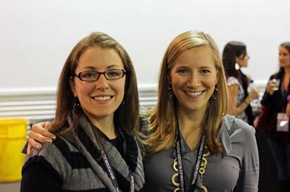 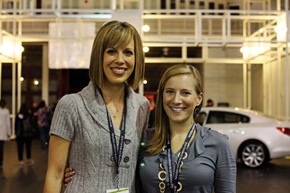