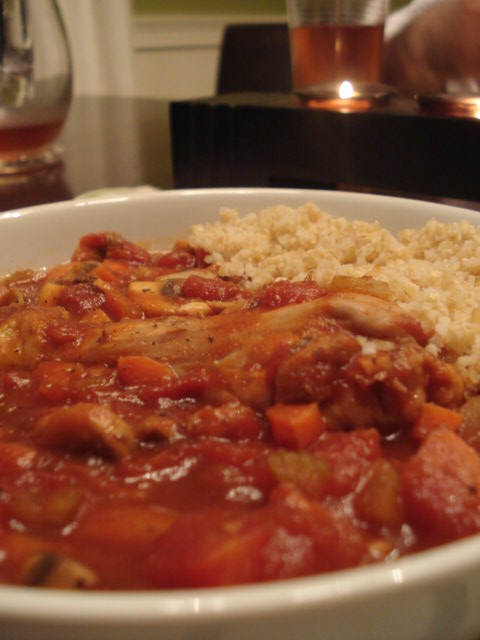 The Barefoot Contessa would die if she knew how little fat went into her recipe! We watched her make Coq au Vin recently and thought it would be fun to try. We used her recipe as a model, but as usual we made lots of changes!

We of course omitted the onions (we used celery instead) and we decided to skip the bacon as well. Of course we used about 1/10 of the oil and butter she called for! We decided to add diced tomatoes, so ours turned out more tomatoey. And we didn’t thicken it with flour at the end – we were too lazy and didn’t mind a more liquidy dish.

Here’s what we did:

I added 1/2 a serving of leftover bulgur to mine to help soak up the juices! 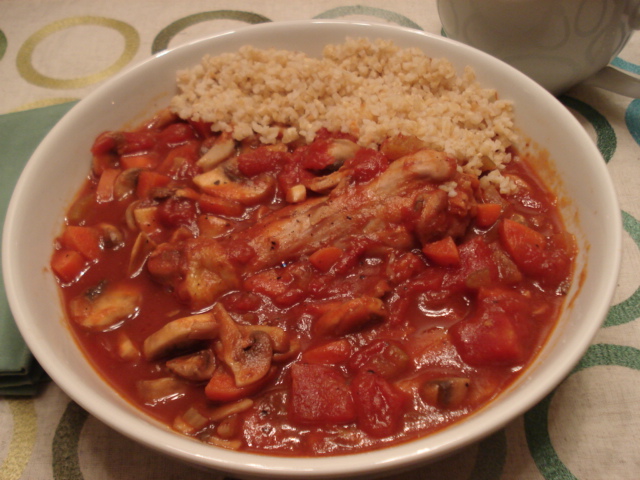 Up close and personal – 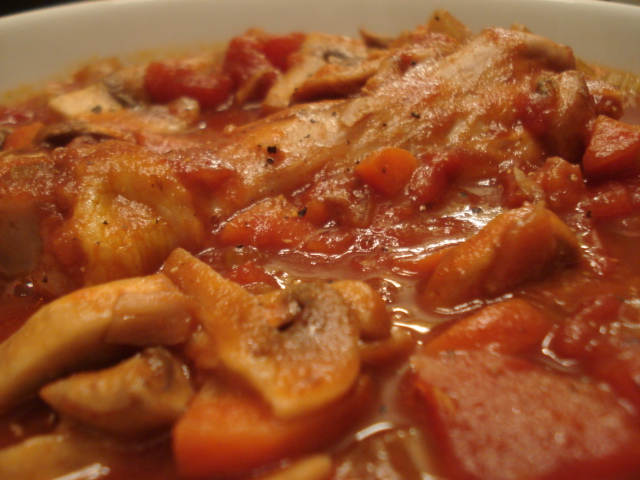 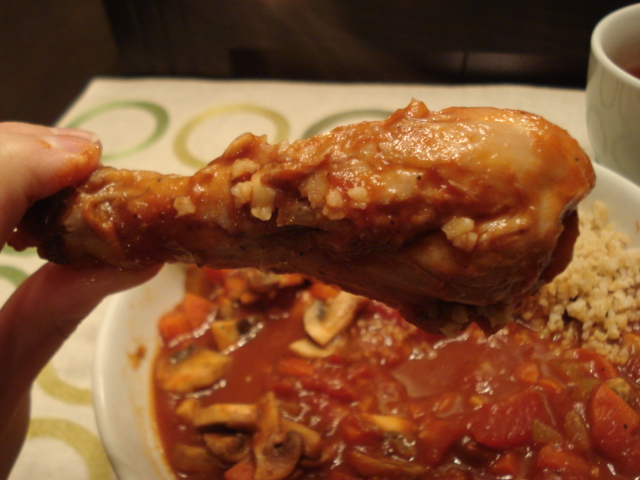 Honestly, I totally could have gone without the chicken. I mean, it was good, but I would have MUCH rather had a some big crusty bread croutons floating in my dinner than this guy. I just don’t crave meat like I do grains and vegetables. 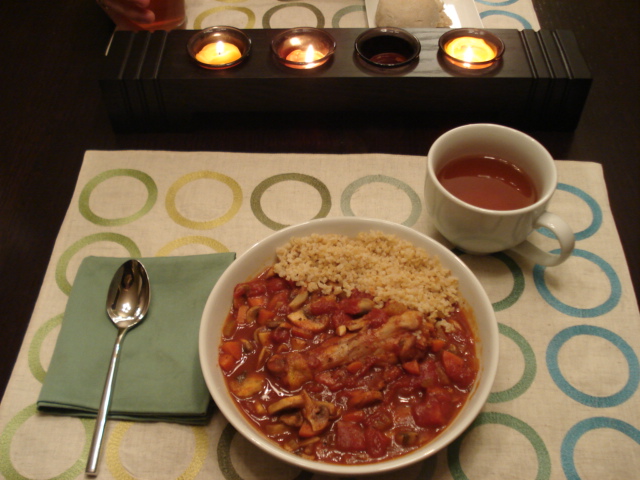 Off to research Niger for Cultural Foods. Ick.