Thought it was time for a header change to some veggies – brussels sprouts!! Yum!

So I was in a blizzard on Monday and Tuesday and saw snow in Philly yesterday, but here in North Carolina it was 60* today! Not exactly the kind of weather that makes you want to curl up with a big bowl of soup, but that’s what I had. I’ll just pretend it’s winter 🙂

I’m on my own for dinner again tonight and one of my favorite meals to make is a big pot of soup. Since we had turkey cutlets in the fridge, chili it was.

Homemade Recipe: I whipped this up by browning 2 slices of bacon and 8 oz cubed turkey in a dutch oven. Once they were nice and brown, I added 1 cup frozen chicken stock, 1 can tomatoes and okra, 1 can drained kidney beans, 1/2 cup frozen corn, 1/3 can roasted red peppers, 2 chopped carrots, chili powder, oregano, and a dash of cinnamon (secret ingredient!). Makes 3 servings, 350 calories each. You could also easily do 4 servings for less than 300 kcal each. 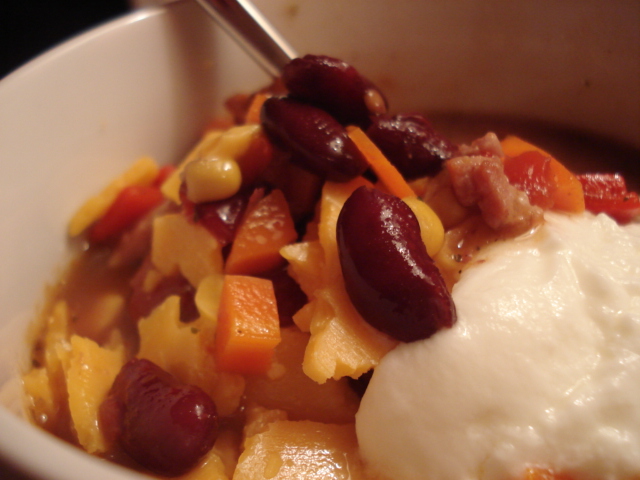 Topped it with a slice of sharp cheddar cheese, crumbled, and a big dollop of plain yogurt as sour cream: 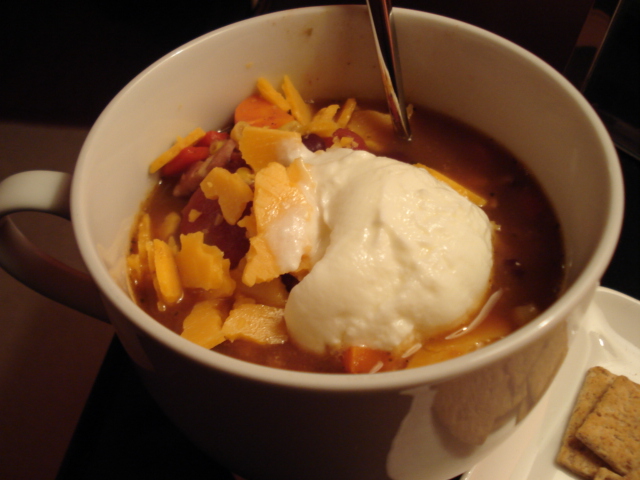 On the side? Kashi crackers 😎 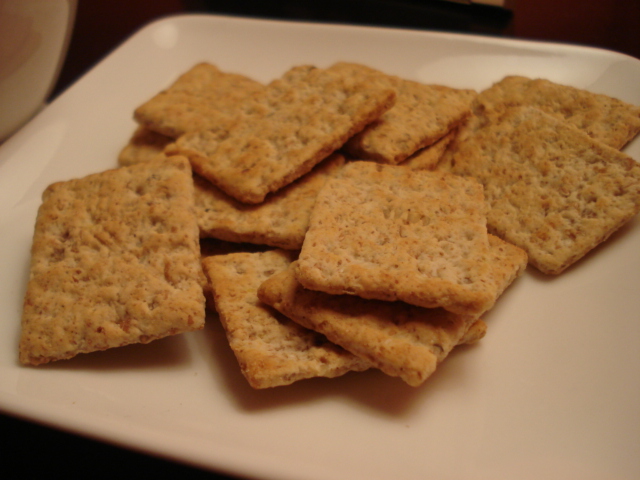 Total dinner calories: ~580. A little high, but because of my late lunch and strangely timed workout, I didn’t really snack today.

But I did have some almonds as I was making dinner, as I was getting really hungry: 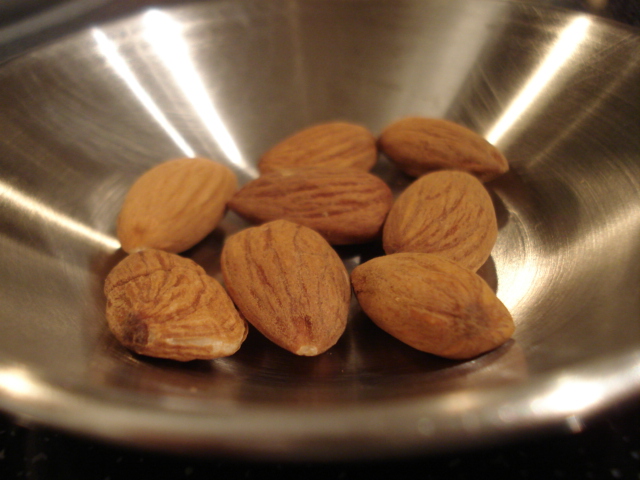 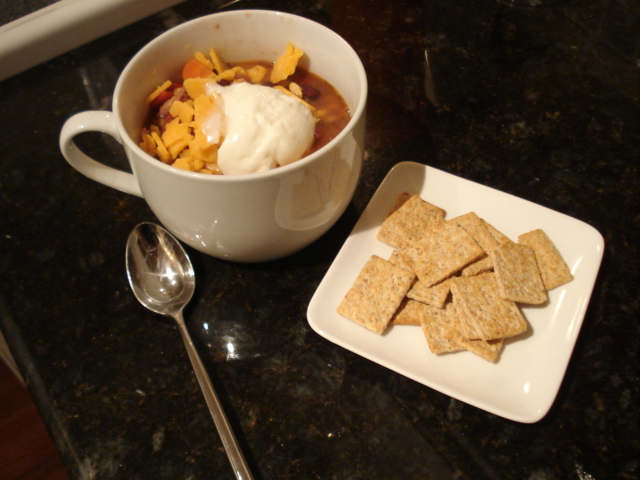 A smidge of egg nog ice cream. Probably just under 1/2 a cup in my tiny bowl. 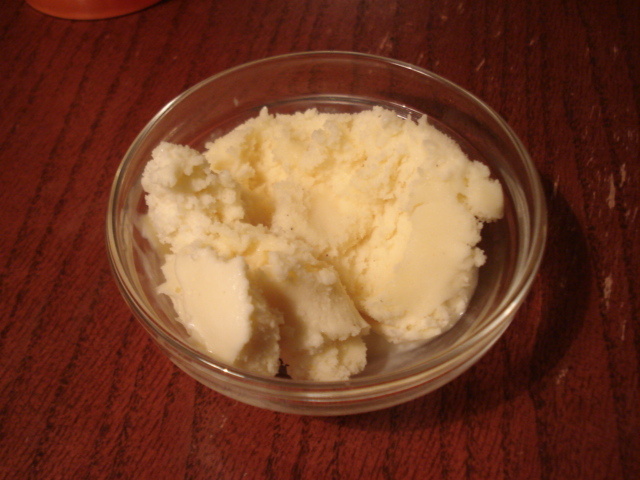 I never got in my Epsom Salt bath last night, so I think one’s in store tonight. And definitely some reading! I didn’t get much done today and was at my computer most of the time, so tomorrow I’m going to try to stay off the computer. We’ve got a 5 mile run scheduled for the morning and a trip to the library in the afternoon. Oh, and the grocery store!!! Dinner will be at my mother-in-law’s – beef stroganauf, but she says she makes it healthy with Fage instead of sour cream and not too much fat.