You are here: Home / Restaurants / Coconuttz

Really enjoying all the chem talk on last night’s post!! I feel like I understand what’s going on with the different substrates, but I’m still not sure what happens WHEN and in what amount!

Emily and I ran a fast and furious TEN miles today!! It’s amazing how 10 miles is now an average run for me. Never, ever thought I’d see the day. I don’t know what’s in store for my running or when I’ll run another race (I would like to do another half this summer). For now I’m just trying to fit in one long run a week and hope to test the waters in the teens – 14? 15? Just continuing on to see what happens.

Unfortunately today the back of my right knee bothered me some. It’s pretty sore now. I’ve iced it twice today and might only do a shorter run next weekend – or none at all. It’s one of those twinges that doesn’t start until you’re halfway through a run so you can’t really know if it’s going to hurt until you’re already going. It hurt some during my race last weekend and I thought it was all better, but I guess not. Definitely going to pay close attention and keep on icing… 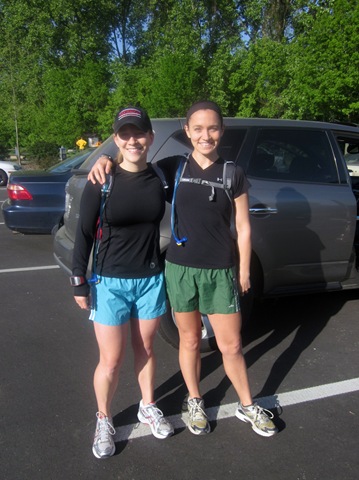 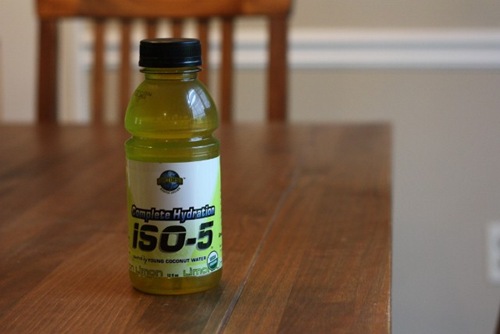 It is all natural, has 60 calories and all the electrolytes from young coconut water. I’m not sure how well I think lemon and coconut go together, but I did really like the coconut flavor in the background. I also liked the little bottle! 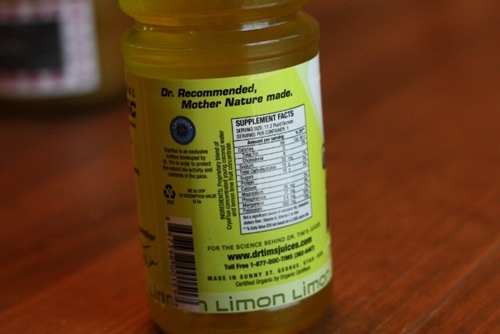 Matt joined us on the 10 miles for the last 6. We ran at a steady 9 minute mile pace and I finished in 1:30 on the nose. We had to rush home and get ready for brunch with Larbs. As much as a 10 miler is not a big deal for me anymore, it sure wore me out!! My legs were really feelin’ it afterwards.

I grabbed a date and my water bottle to nibble on in the car to brunch. Wanted to replenish a bit more before we waited for food. 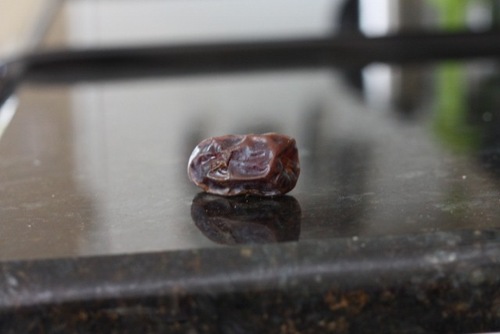 We dined at Pewter Rose, one of Charlotte’s best brunch spots. 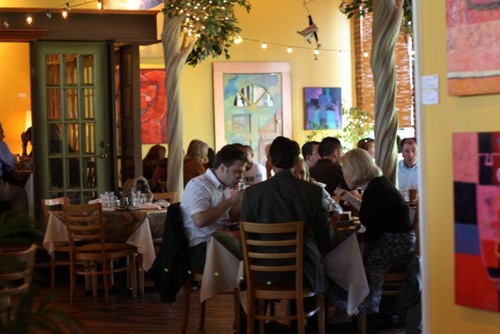 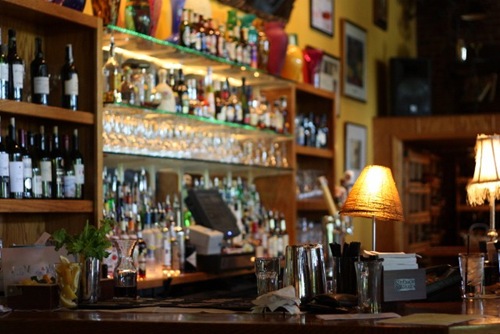 And were seated out on the patio! It’s a bit chilly today, but the weather was still nice enough (and I got sunlight for my photography!) 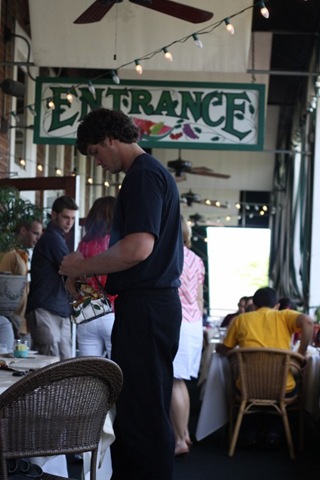 I’m making the face where I look like my parents! (I guess Larbs probably is too 😉 ) 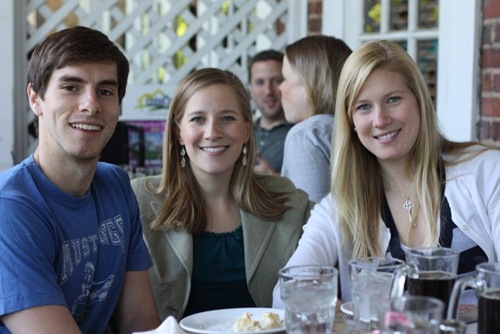 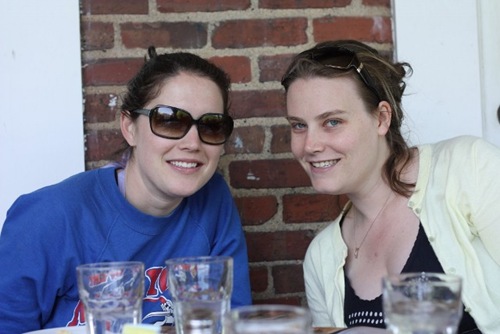 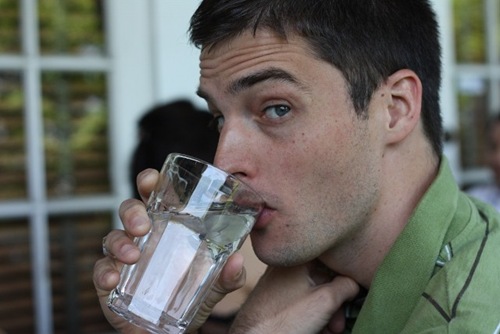 They always have butterscotch scones at brunch!! They’re delicious, but today’s seemed a bit overmixed or something. I had a few bites and gave the rest to Matt. 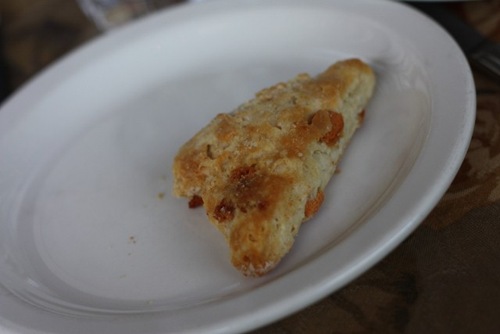 To drink, I got a hot tea to warm up! I poured on some milk 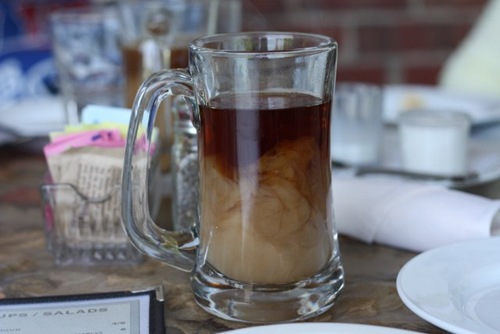 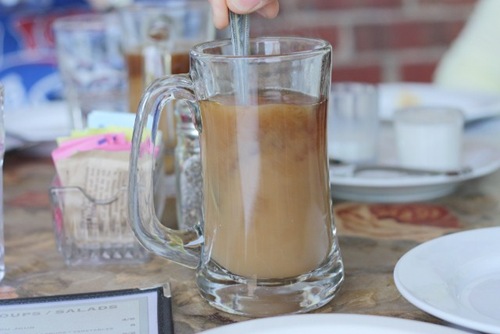 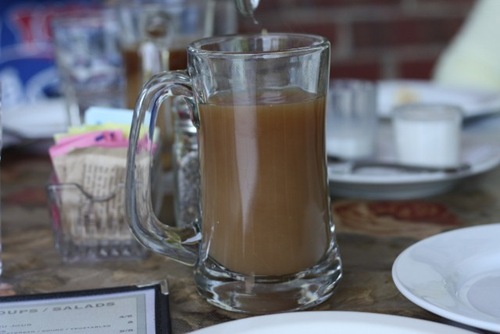 My favorite dish at Pewter Rose is definitely the hummus plate! It comes with a variety of pickled veggies, tomatoes, olives, and a warm, gooey flatbread. The hummus is creamy and awesome too! Since I was in a salady mood, I got the hummus plate instead of an eggy dish. 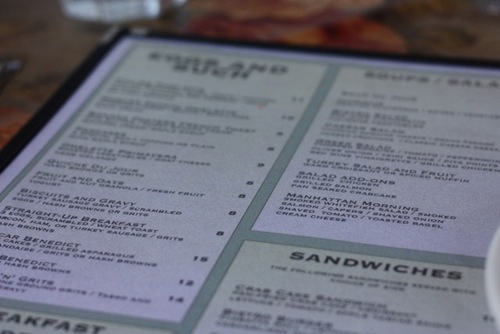 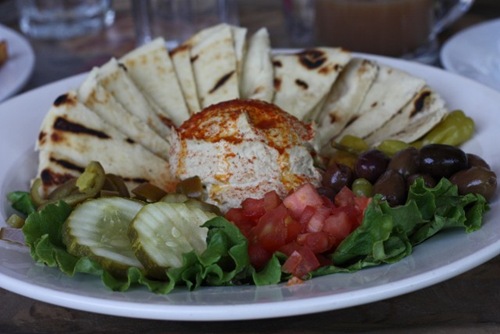 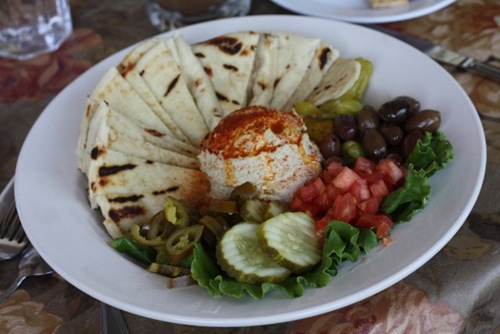 I made a very significant dent in this. Ok, better described as nearly clearing my plate! With a little help from ma friends. 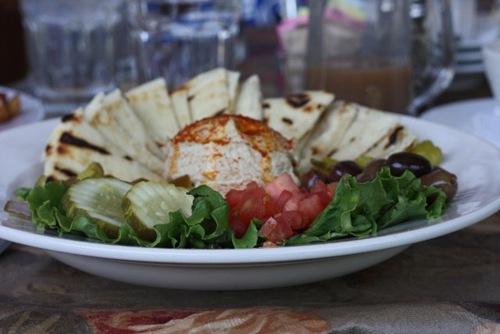 Matt and I also shared a cup of the beer cheese soup. It was very rich and amazingly delicious. I liked the herby crackers too!! 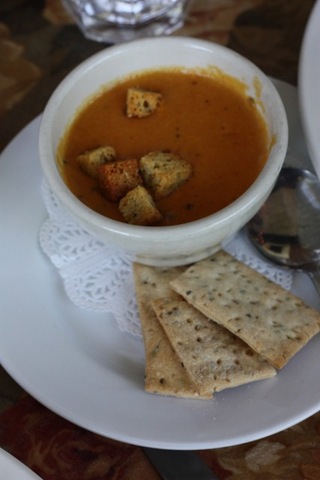 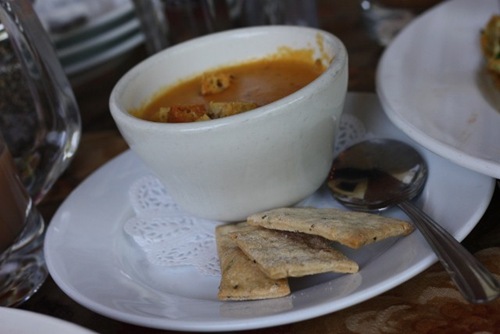 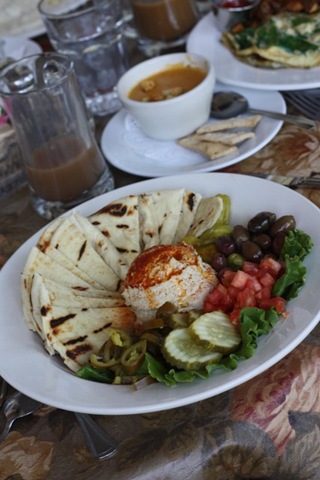 Matt went all out with an omelet filled with sausage and hash brown fries. I had bites and it was the best brunch omelet and side I’ve had all year! That green on the top is BASIL! 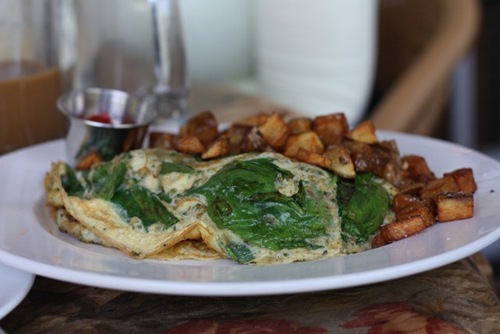 If only for one meal, it was great to see Larbs and Matt. SO TOTALY EXCITED for July 3rd – Matt’s birthday – when we all head to the beach for a week and I’m finished with my internship!!!

After brunch Matt (my husband) and I hit up Healthy Home Market for some groceries. They had an awesome deal on Groupon this week where you could get a $30 gift certificate for $15! That’s $15 of free money! 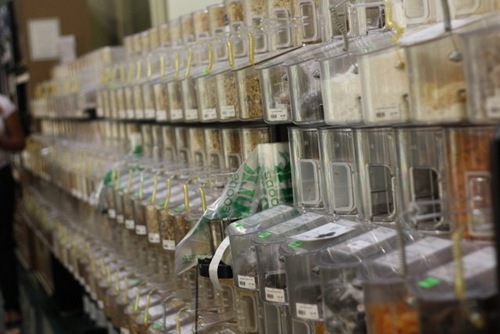 They have everything you could imagine 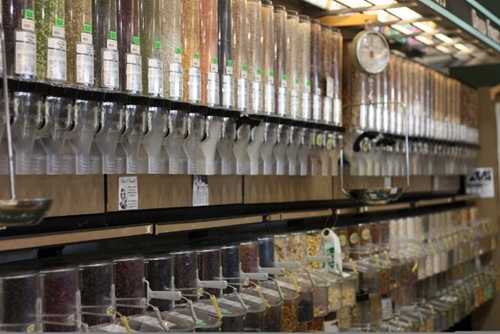 We bought two of the gift certifcates and actually had a small selection of produce but ended up putting it back because it was SOO EXPENSIVE. I am trying to buy organic foods more and more and I just couldn’t bear the thought of a $5 bell pepper – even if it was organic. The organic peppers are much less at EarthFare and HT. So we ended up putting the produce back and focusing on pantry items. Matt is currently at HT getting produce.

We did put some fun expensive things in the cart – because of the free money! Including Vanilla  Hemp Milk, which I haven’t had in AGES! And some coconut waters. And beans. And coconut. And lentils. And organic apples. And tempeh. And tofu. All for "$7" 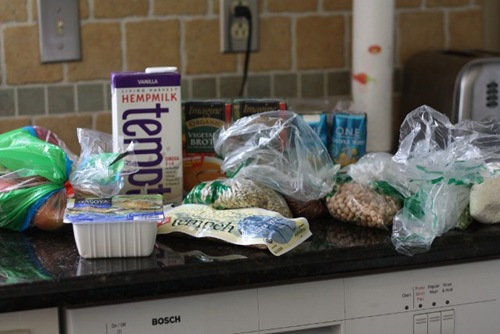 As I mentioned above, my run WIPED ME OUT. I had no energy to do anything but lounge on the couch today. Something I rarely have time to do! I wondered if I needed more hydration and an energy boost from – more coconut water. Can you tell I’m obsessed with coconuts these days!?

I tried the Passion Fruit kind and thought it was good. Much like a natural juice box. with 80 Kcal, 16 g sugar, 1 g PRO, and a handful of electrolytes. I do feel better! 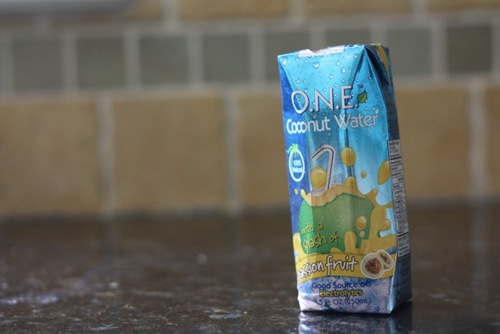 Icing, reading and blogging all in one! 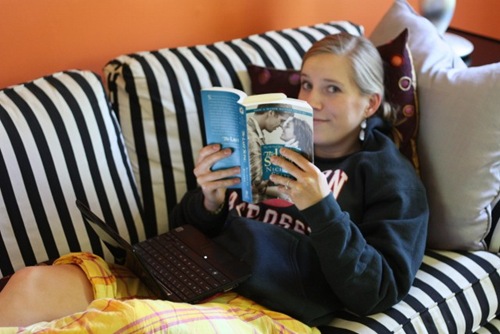 Going to a party later on – better find some energy!