Wheeeeee! I feel like I just finished finals, and these were my first tests of the semester! And I’ve got another on Monday! But they were hanging over me so much that I’m so relieved to be able to work at a slower pace now. Both tests went well (Test #2 was 90 questions on nutrition!) I could have gotten an 80 or a 100+ on either and wouldn’t be surprised with either score, so we’ll see next week how I did.

I had my usual Foodservice Fruit around 4:30. Mmm! 3 orange slices, 1 kiwi and a small grapefruit – 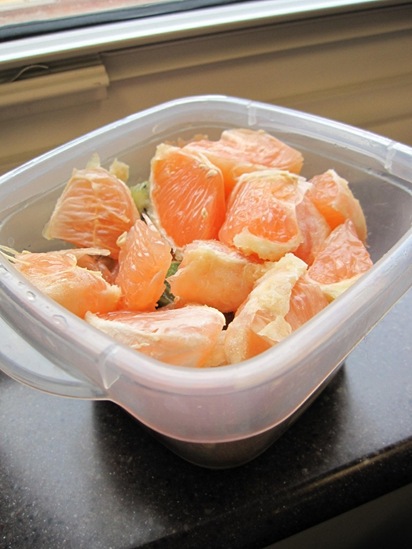 I had a small handful of trail mix before my test that my friend offered me and skipped my mini LaraBar. The test only took about an hour, so I was on my way home by 6:30!

I wasn’t in the mood for leftover lentil soup, so I decided to make the Coconut Tofu I’ve been craving all week. I didn’t have the patience for oven baking though, so I decided to go the fried route. It turned out good, but not great so I’m not making a recipe page. Next time I’ll be baking it! 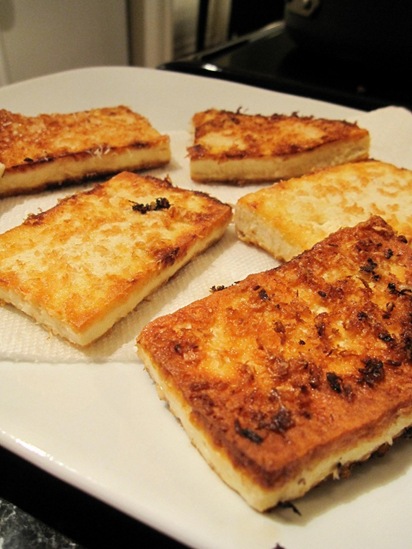 I took a block of Trader Joe’s Firm and cut it into 9 pieces and pressed out the liquid with paper towels. 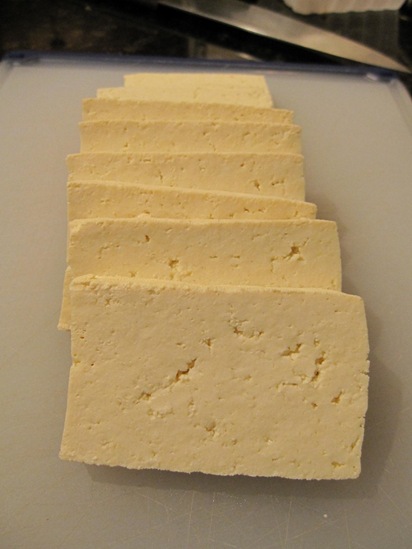 Then I rubbed one side of each with some maple syrup 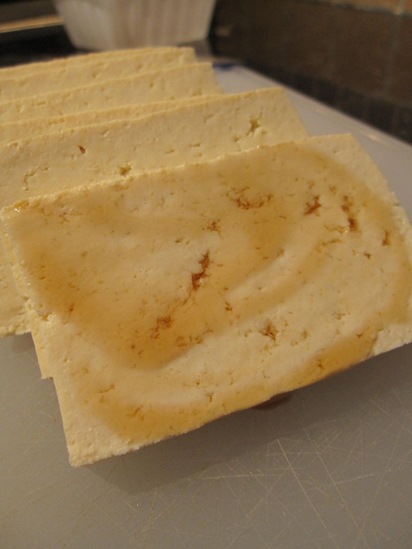 And then dredged that in coconut. I use unsweetened, reduced fat (better texture) that I get at EarthFare. I have no idea where else you can buy it! 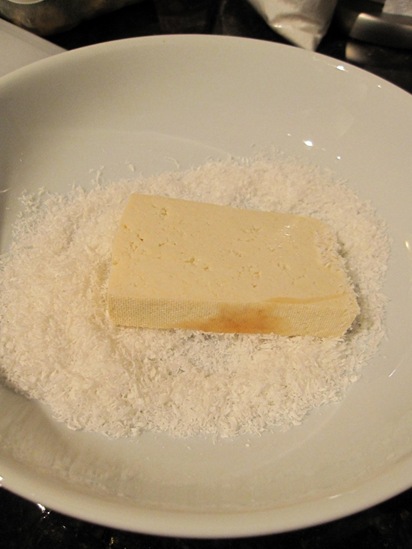 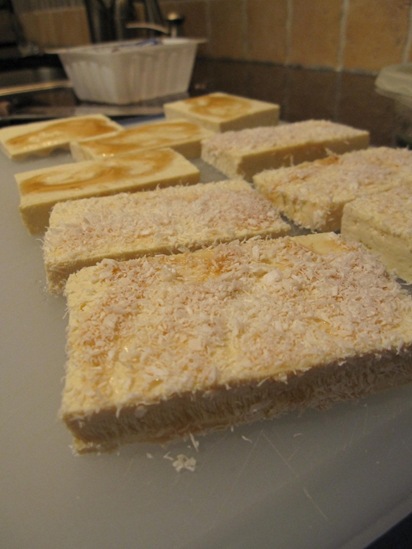 I filled a pan with about a tbsp of canola oil and went to town frying. I definitely had to play with the heat and add more oil. I think I probably should have used about half a cup of oil because the beginning ones turned out quite nice (when there was more oil) but the ending ones started to burn (when the oil had disappeared). 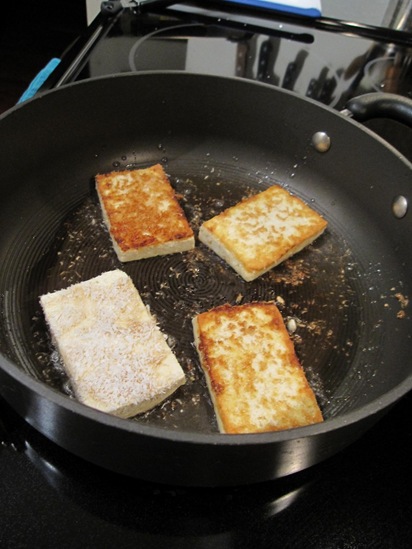 But overall, quite good – 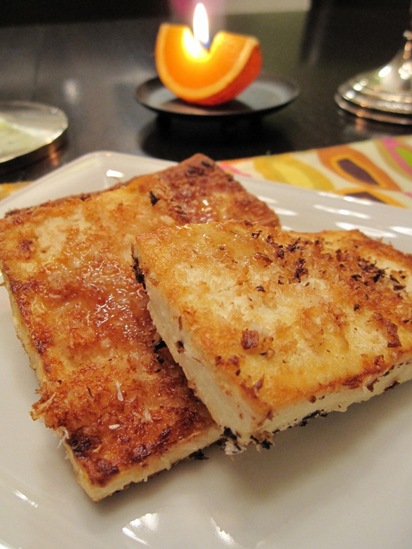 I also had some leftover greens and shrooms from the Green Greens Mac, which I spruced up with a drizzle more maple and coconut! 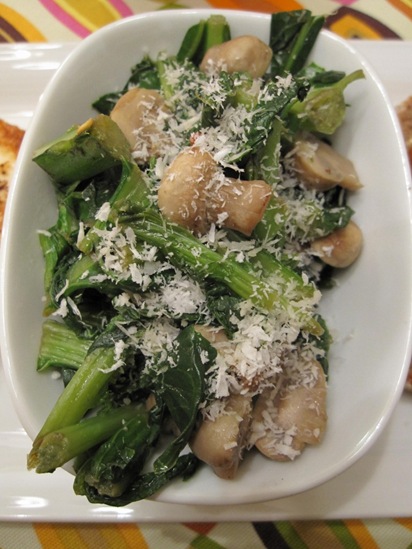 And lastly, a slice of GH Whole Grain Goodness with some pumpkin butter and coconut butter – 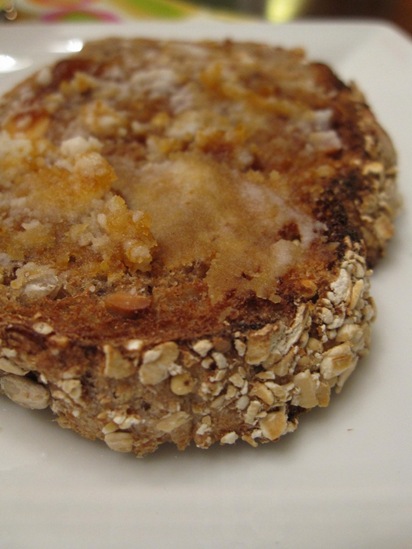 POM spritzer on the side – 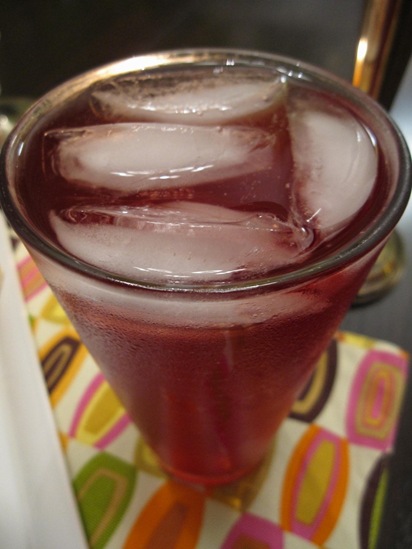 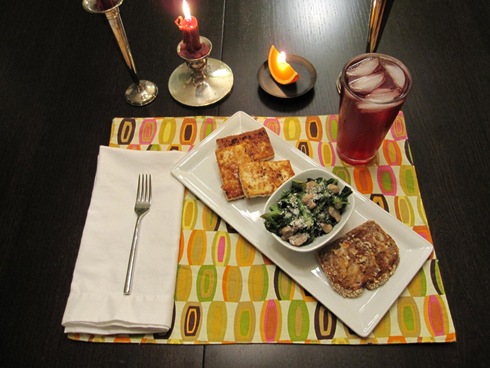 I came home to the movie Once in my mailbox and am about an hour in. Actually, I kind of hate it, but I’m giving it a little more time. I’m in my pajamas and am going to watch until I’m too tired or it’s over, whichever comes first.

Excited for y-oat-ga tomorrow AM!

Edited to add I continued the Coconut Circus with the last 2 of my aunt’s Oatmeal Cranberry Coconut cookies and some tea. SO SAD they are gone. They were so addicting and delicious.