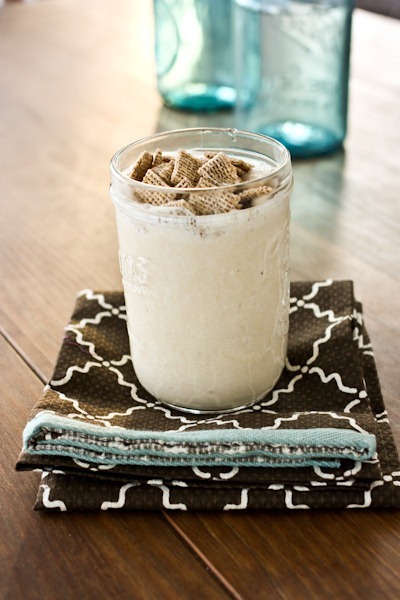 The above smoothie was consumed while wearing my down jacket and gloves, but boy was it good!! Ingredients were 1 cup of milk, 1 clementine and about half a cup of frozen banana slices. I’m really into simple smoothies these days. This really tasted as good as any milkshake! 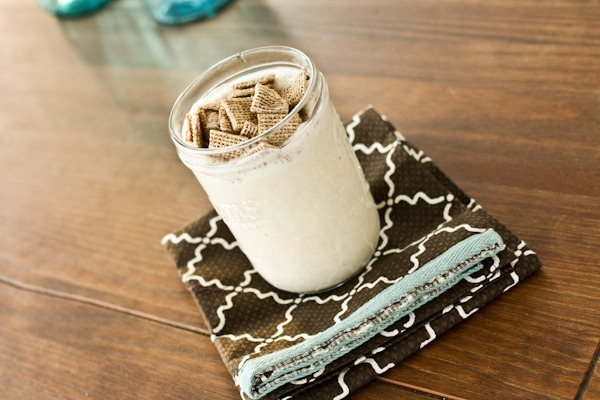 Topped with some wheat waffles 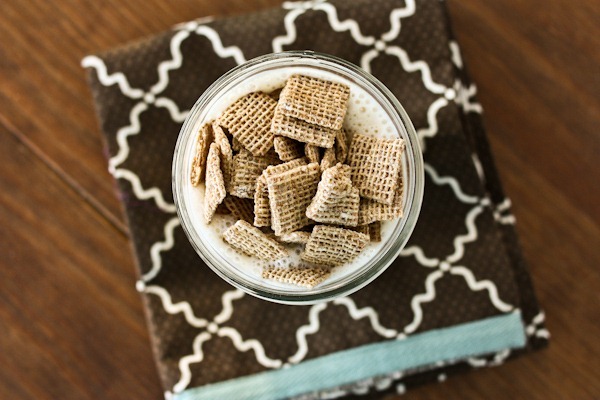 I accomplished SO much today!! In addition to today’s house post, I have two more typed up and ready to go. One likely tomorrow and another next week. Then the house tour will be complete! I’m hoping to do a video too, since lots of you have requested that.

Dinner tonight was a pleasant surprise 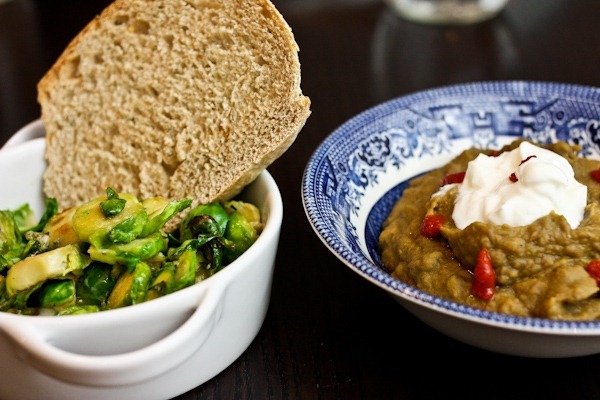 I had plans for leftover soup on the menu, but that just seemed soooo boring.

Doesn’t this win the award for food photograph of the year!? 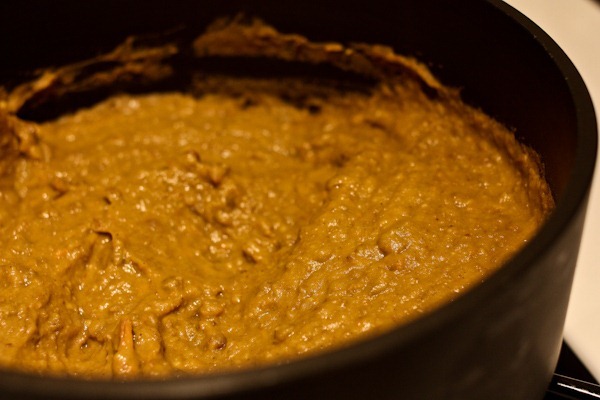 So I decided to cook up some brussels sprouts on the side at the last minute! 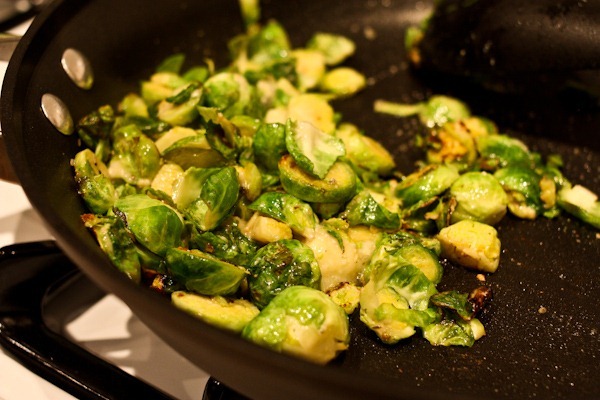 These were sliced, sauteed and then topped with about a quarter cup of delicious blue cheese that melted into a sauce. YUM! 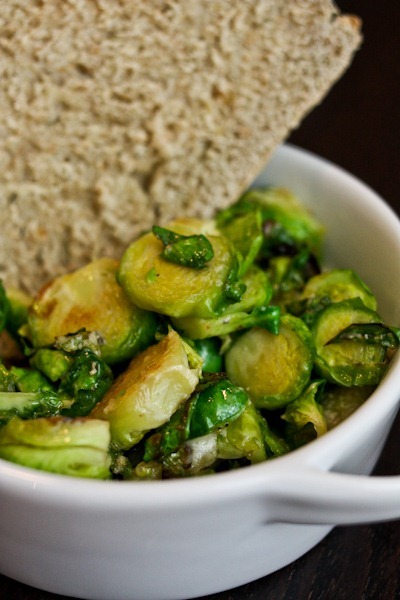 Served with the Great Wall of Rosemary Garlic 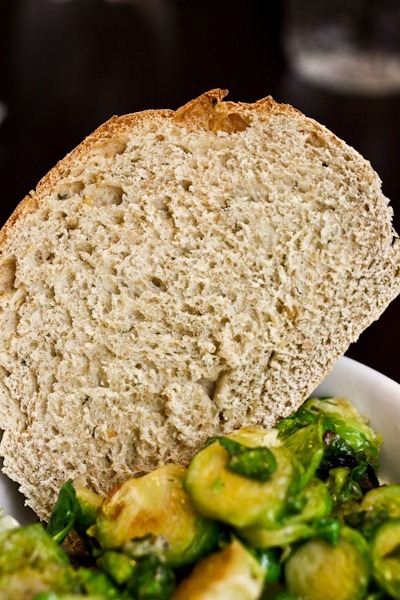 And the Lentil Coconut Soup leftovers. Complemented with yogurt and sriracha! 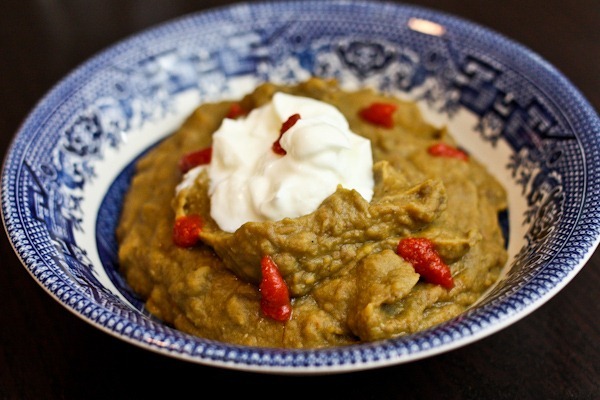 With dinner, Matt brought up a freshly shaken bottle of sparkling water! We used to have it on tap, but somebody prefers to keep the kegs full of beer now. Imagine that!? So a solution he recently came up with after Seamane and Rob brought over this 2 liter bottle was a mini version. He just fills the bottle with ice-cold water and then takes his CO2 tank and applies 40 pounds of pressure (in some special technique that he said “is complicated unless you’re a homebrewer” – well huff!) and then shakes it for 2 minutes and we have the best water around! 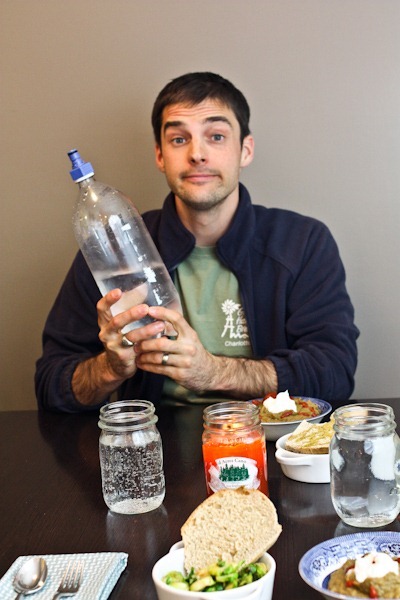 Love it. I don’t know why the bubbles make it taste so much better than still water, but I can guzzle a liter of this a day no problem! 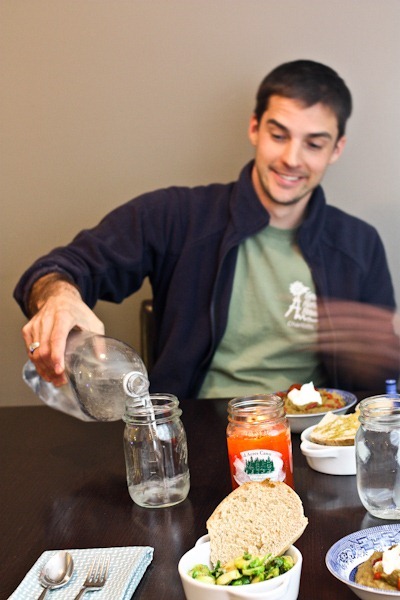 After dinner we drove over to Karen’s house to take her her car (which I brought home after running to the medical center and dropping her off). And we gave her her Christmas presents! Her house is always so cozy at night thanks to a nice gas fireplace.

Back home now, hoping to get cozy in that down comforter upstairs and get some reading done. I’m in the middle of two books (She’s Come Undone and The Hunger Games 2) and I don’t know which one to read first! I also have a book club coming up in 2 weeks…