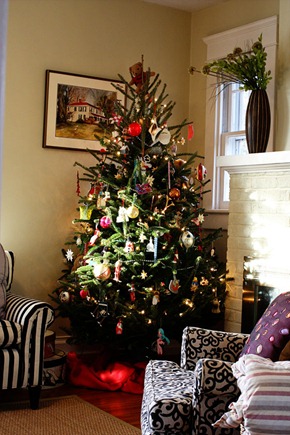 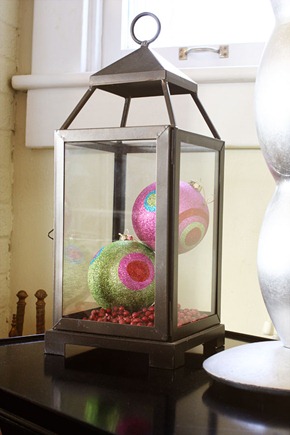 I’ve had a lovely day. Lots of fun times around the house, with friends, yoga, walking, snowflakes!?

I met Faith at her house this afternoon and we walked over to Integral Yoga (a health food store about a mile away). It was a great date! And so nice to get some fresh air. I really don’t feel that my day is complete without a walk. It’s my version of prayer or meditation. I love being outdoors, even if it means bundling up, which I did!

I found Pero at the store (it was $9.50 for a 7 oz canister) and finally picked up some Candy Cane Lane. Best tea ever? 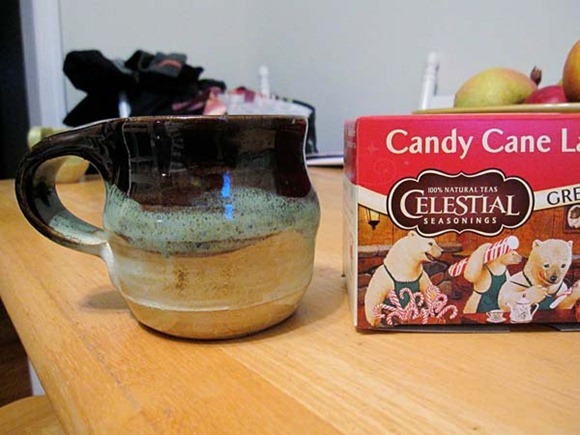 Then we made homemade almond butter! Faith did a wing-it version of Ashley’s Pumpkin Spice Almond Butter. I hope to make it myself soon! 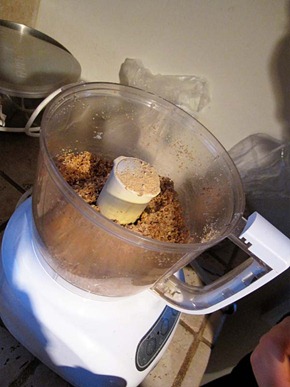 While we were sipping tea and grinding almonds, the husbands were out biking! We all went home to shower / prepare dinner and rendezvoused at our place for dinner. 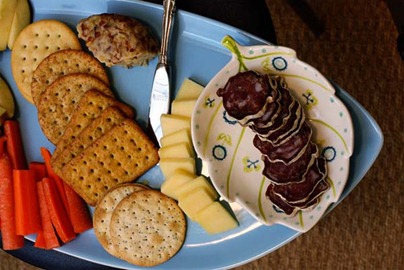 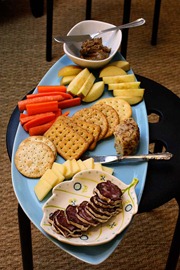 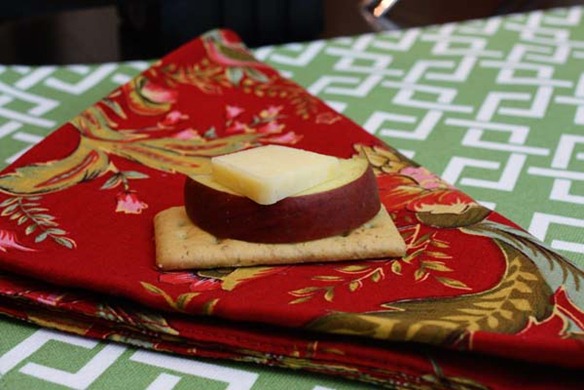 Drinks! Faith found Ginger Lemon Sparkling Herbal Water at Integral Yoga. It was SO GOOD – way better than the flat version. The flavor was awesome. The only catch – it was $2.99 on sale. We didn’t know if it would be worth $5+. Maybe on a special occasion. 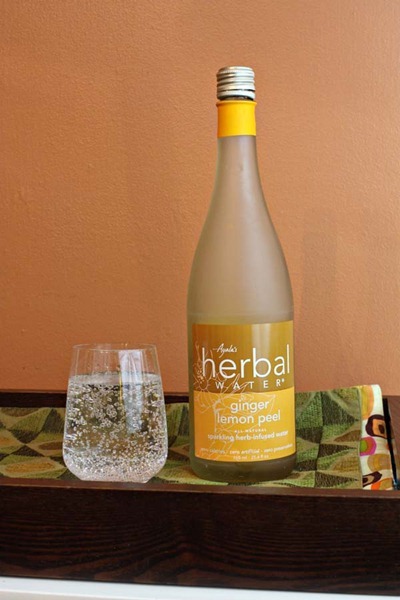 Tonight’s dinner came from a pot 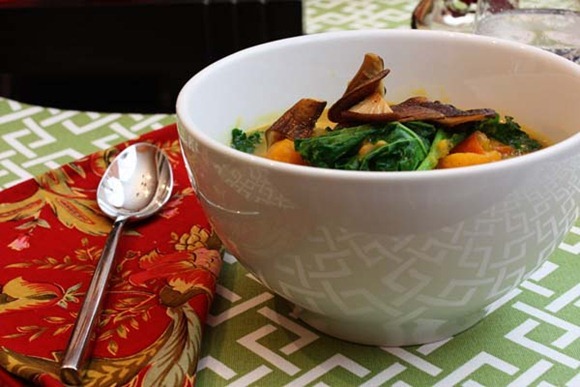 Hella delicious Mushroom + Lima Bean Stew I clipped out of Whole Living magazine. It’s in the current issue, so it’s not out yet. But this recipe was killer! We used 1 acorn and 1 butternut squash (the acorn was roasted in the oven and then de-peeled and added as flesh chunks) as well as hydrated dried shitakes that Faith had instead of fresh. 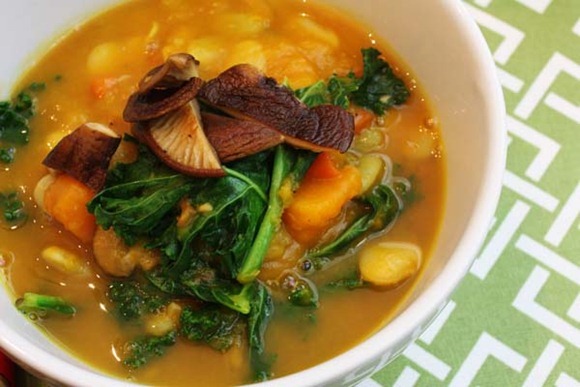 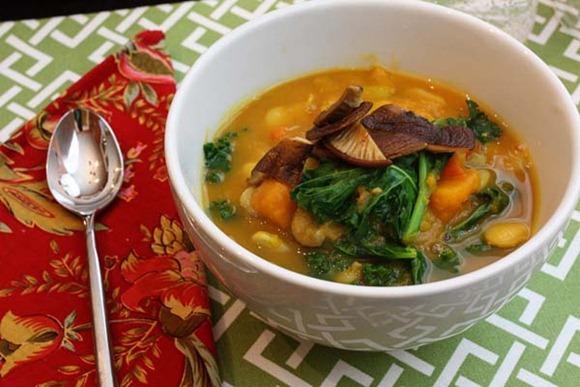 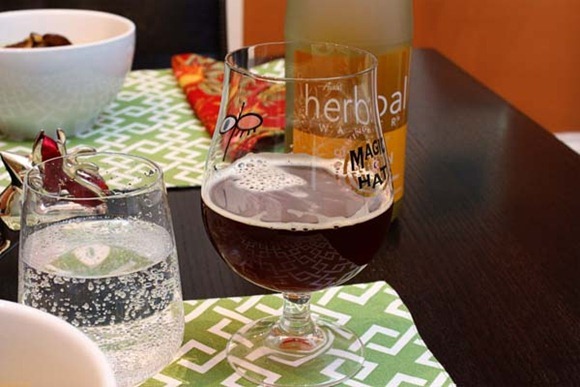 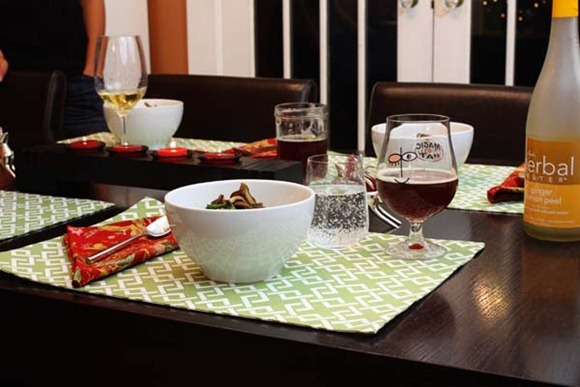 After soup, we went for a snowy walk!!!!!!!!! Super excited to see flakes already this year! 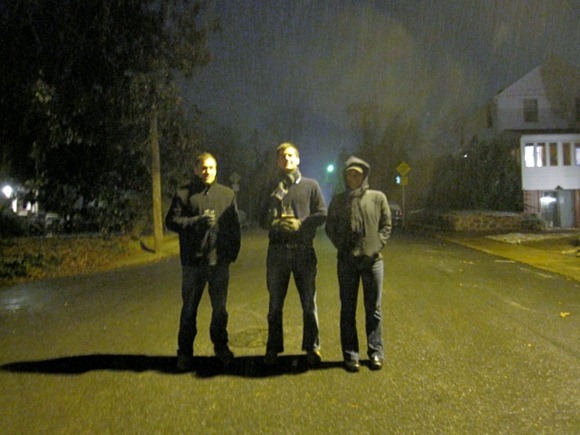 Although our walk wasn’t too long because the flakes were a bit more like rain than snow. [Yes, the boys brought beer WITH them. Thirsty much?]

It’s starting to stick though! 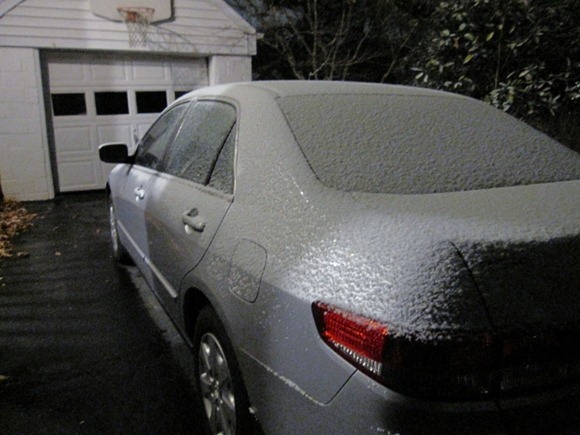 After our walk, we whipped out the big guns 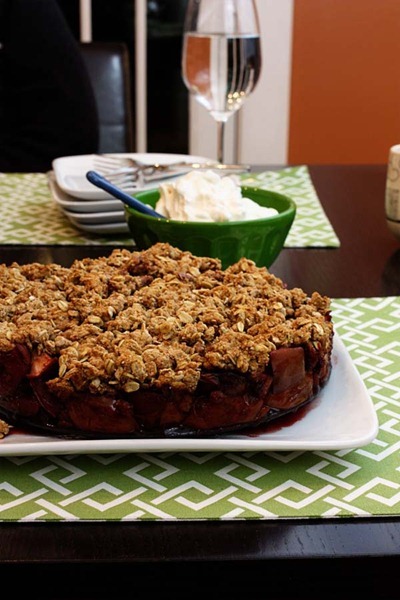 Faith made this Plum Tart with her stash. See her blog for more info! All I know is she said it’s very low in sugar and very ‘real food’-y. 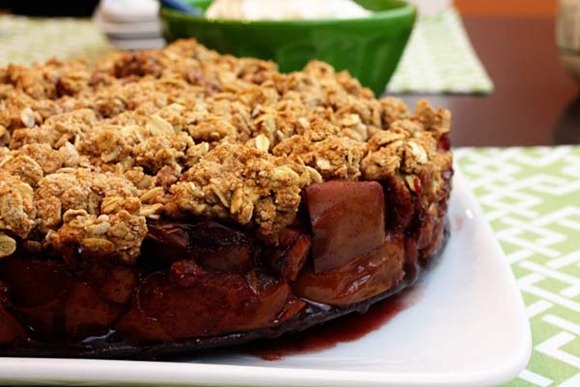 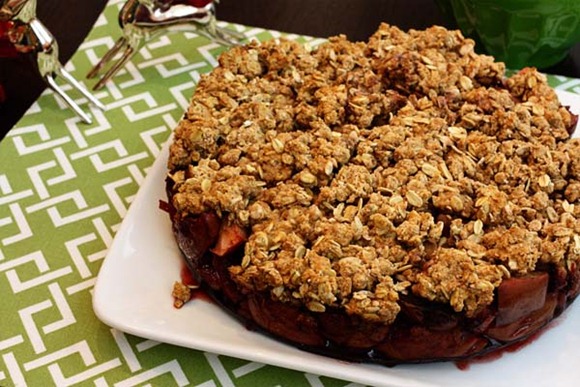 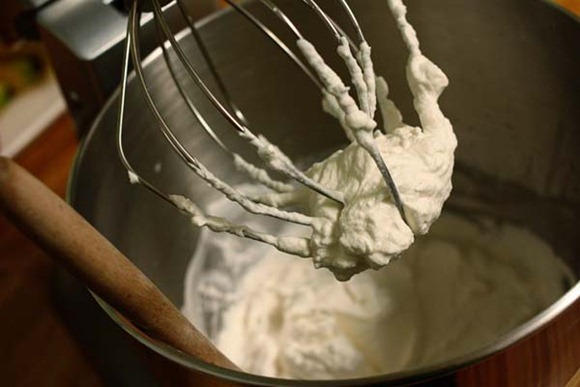 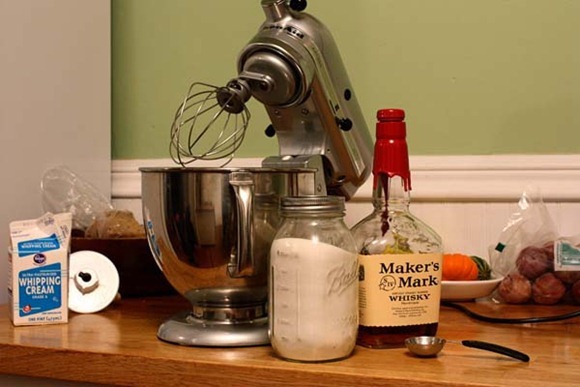 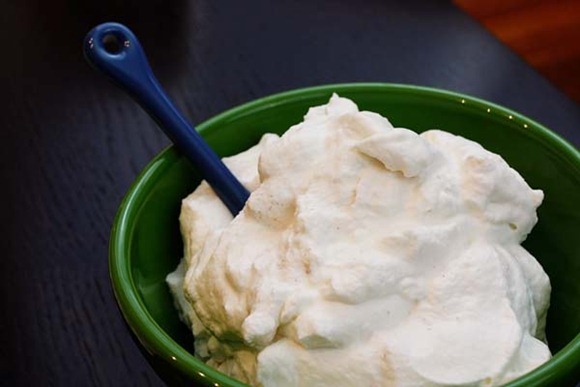 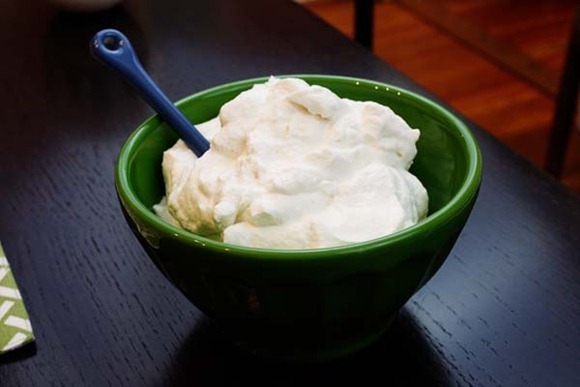 All served with some Pero! Which FOAMS on its own 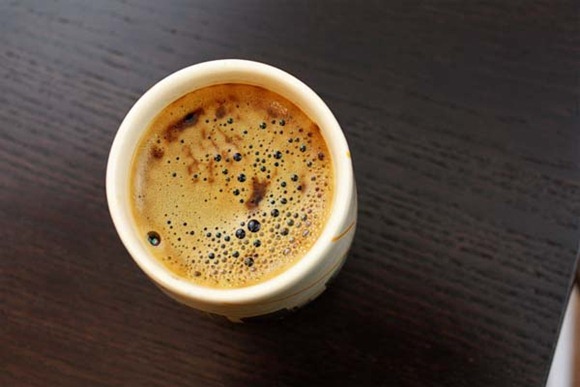 But of course was even more delicious with extra foam ; ) 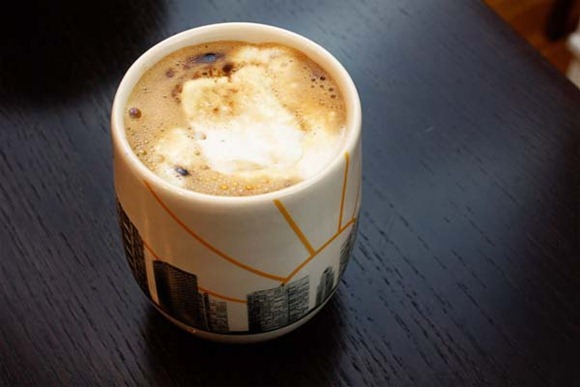 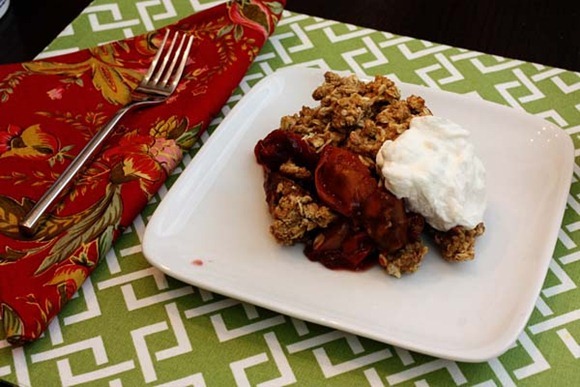 We are all stuffed to the gills with this delicious ending to a friend-filled day. 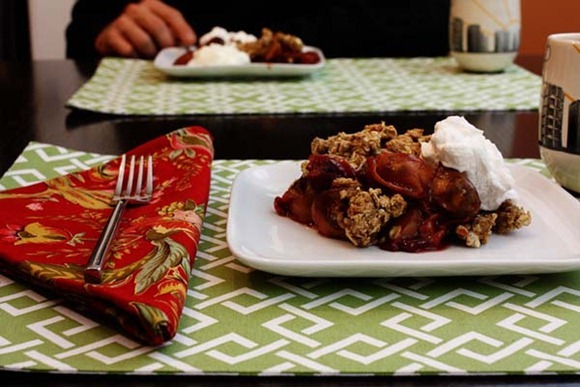