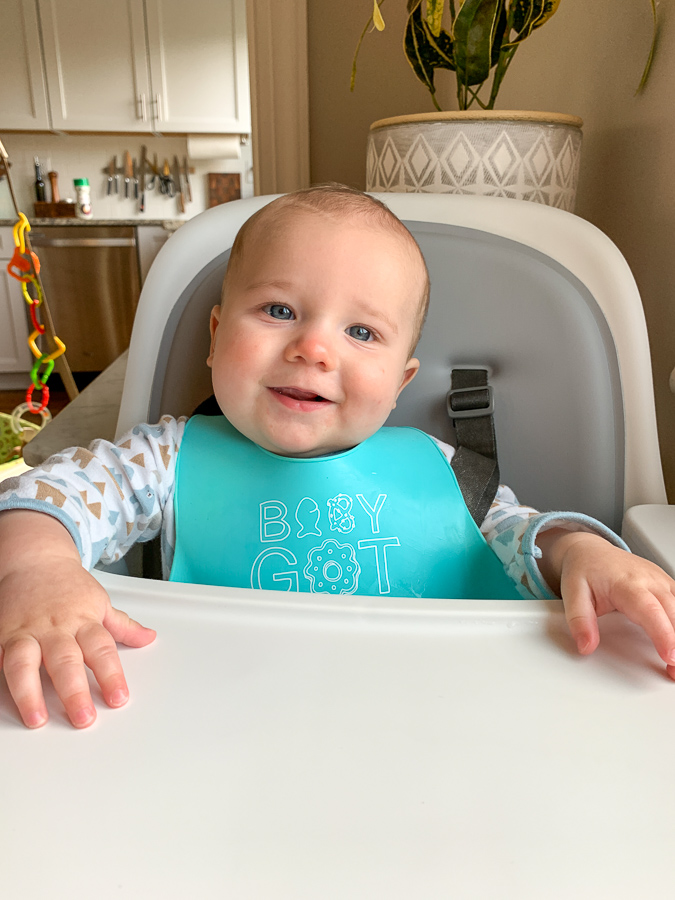 Here he is! All six months of him. Six months feels like such a turning point to me from newborn to big baby. I think because it’s the month I associate with good sleep (because it’s when I sleep trained Mazen last time) and my quality of life got so much better after we were all sleeping again. The next one is the one year mark when nursing becomes secondary to real food for nutrition and Birch’s dependency on me to be there all the time takes a little dip. It’s kind of a bittersweet relief turning point! I’m getting ahead of myself though… 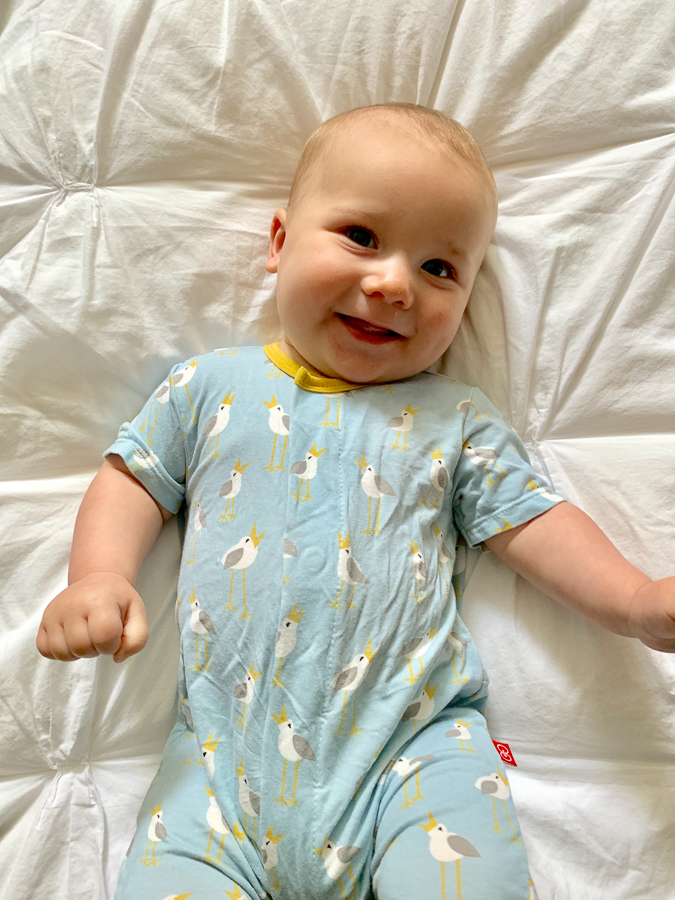 I don’t like it when people say “he’s an easy baby” because I don’t think ANY baby is “easy.” However, Mr. Birch is pretty laid back and happy most of the time. (His big brother was a lot more intense/strong willed from the get-go!) Birch has been a decent night sleeper, a great napper, and full of smiles. He only really cries when he’s tired – and on long car trips 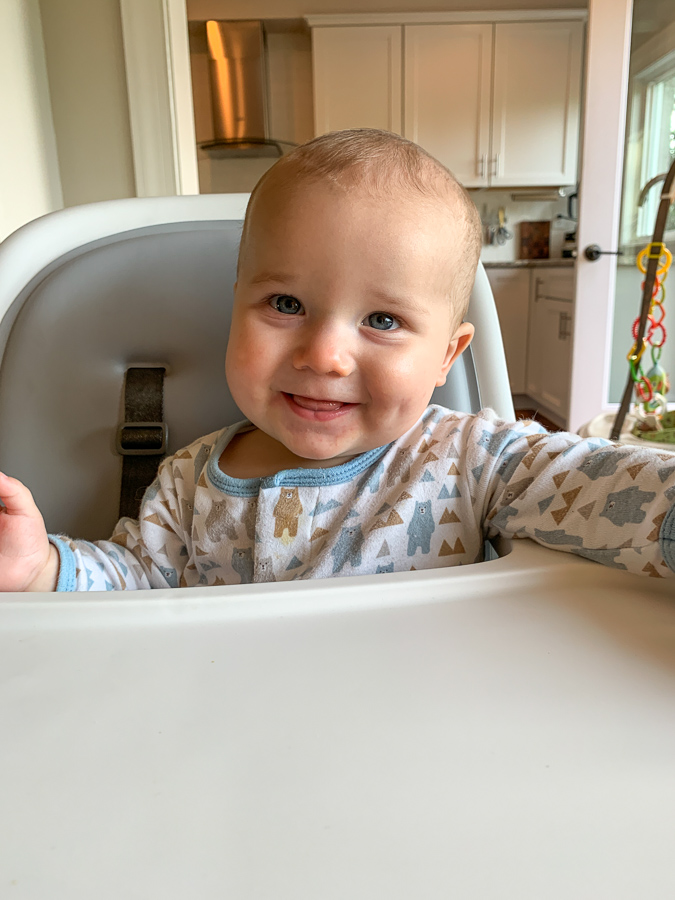 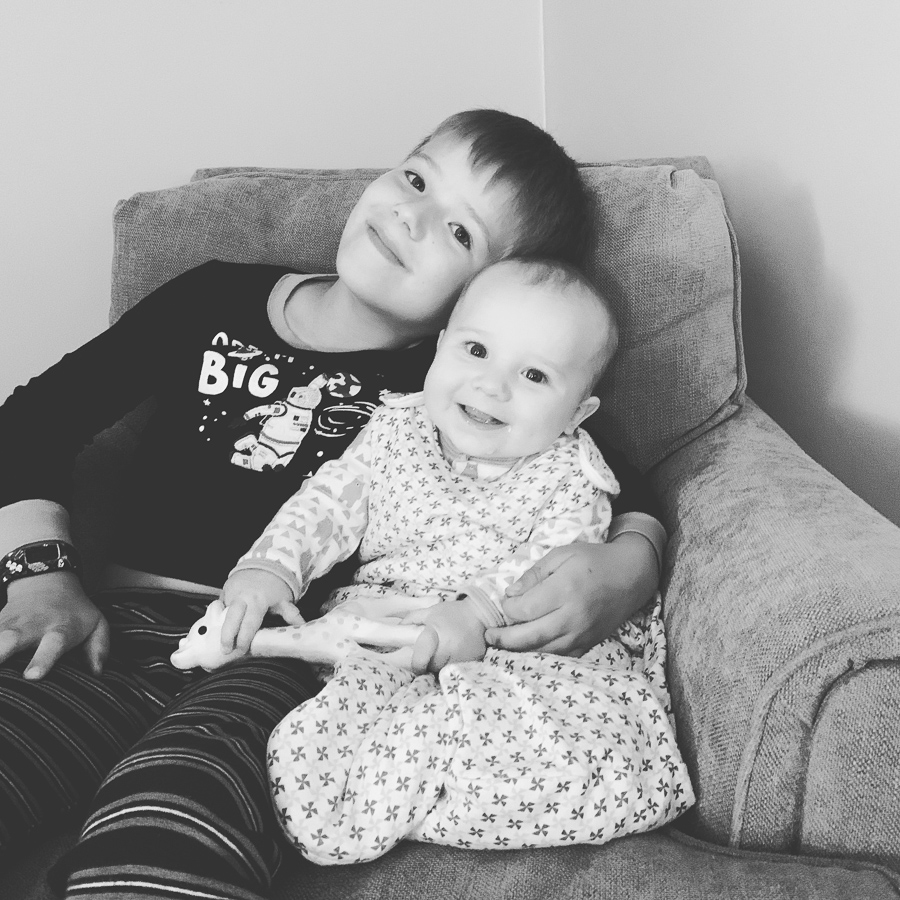 People talk about the bond between siblings and I’d say you can FEEL it as much as you can SEE it. It’s like they have an invisible string connection. Birch’s eyes light up when Mazen walks in the room and he follows him around. Mazen will be in the middle of grumping to us and he will pause, change his tone, make silly faces at Birch, and talk in baby talk, and then go back to his grumping! They bring out the best in each other <3

I have also loved giving Mazen more independence with Birch, such as reading him a bedtime story all by himself. And when Birch does something funny – like laughs at Mazen’s book – Mazen will look at me with total amazement and a huge grin that he got a reaction out of B. This will probably only get better as they both get older! Imagine when Birch can run after Mazen and play games. 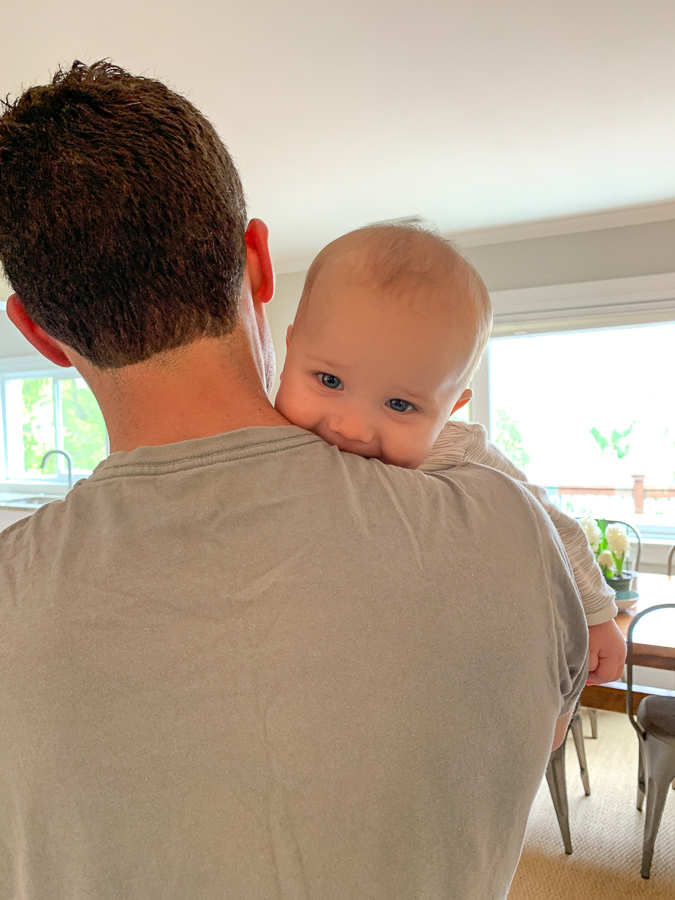