You are here: Home / Charlottesville / Beer Makes An Excellent Snack

We found a house!!! I’m crazy about it, but I don’t want to jinx us. It’s historic, modern, filled with light and spacious within a half mile of downtown. CROSS YOUR FINGERS!

We biked all.day.long. I was totally exhausted by the end! I told Matt I was a bit hungry for a snack around 4PM and he led me straight to his watering hole: 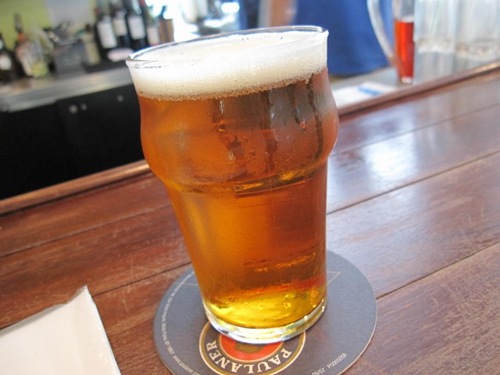 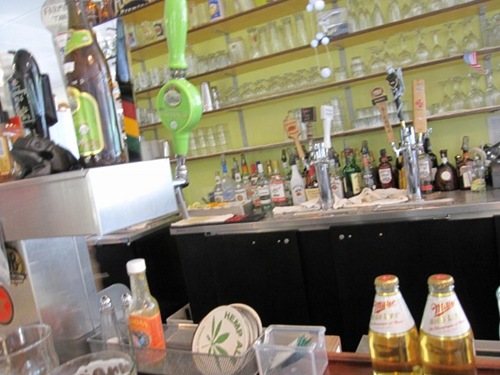 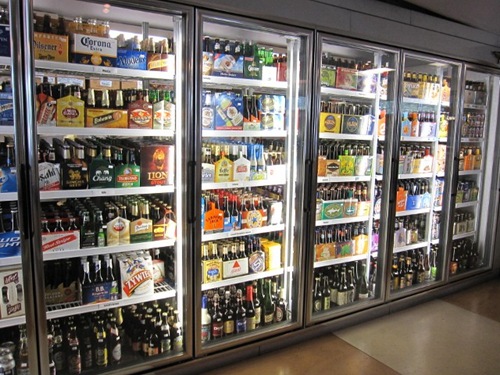 And he LOVES it! In his defense, they do have some really awesome unique beers there. 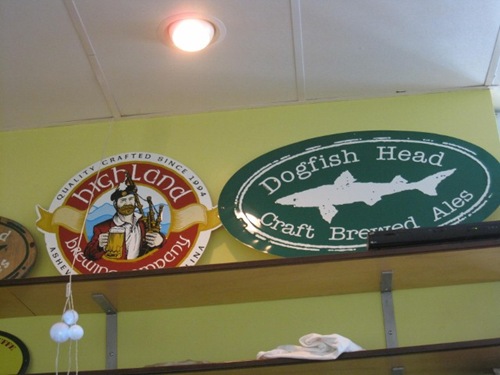 I got the Sierra Nevada Anniversary Bock and LOVED it. Every drop of my 10 ounce glass. 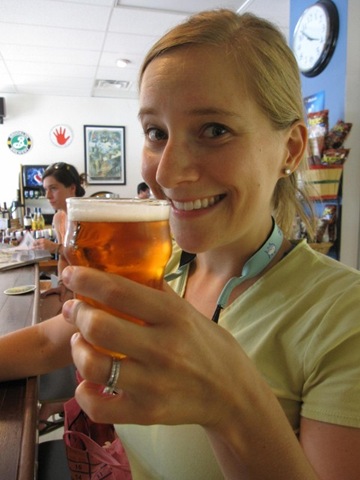 He got an organic Hefe Weizen that was awesome as well.

If you follow me on Twitter, you know that 10 ounces was more than enough on this empty stomach!

Upon returning home from 18.5 miles of biking up and down the mountain hills of Cville, I was ready to CRASH!! 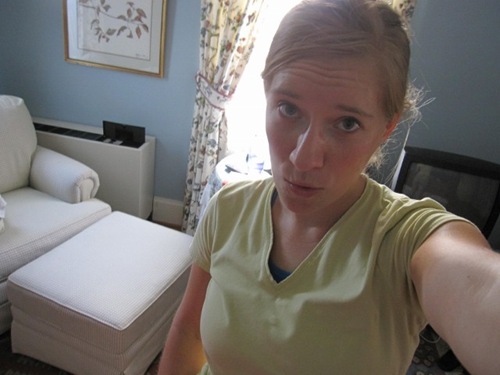 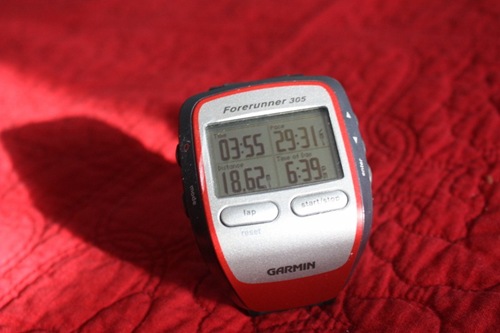 And by crash I mean drink wine and eat cheese 😉 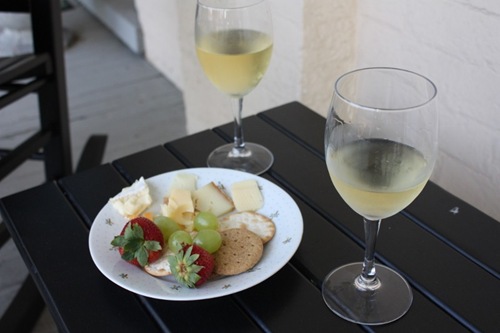 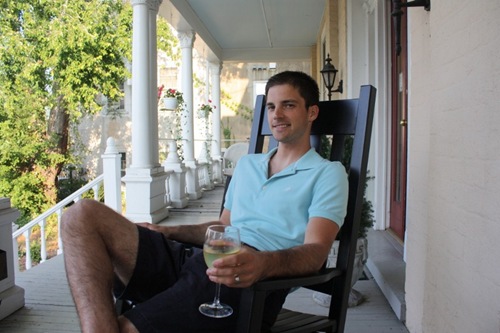 Wet hair and all 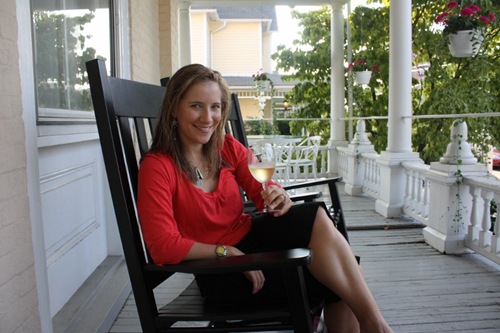 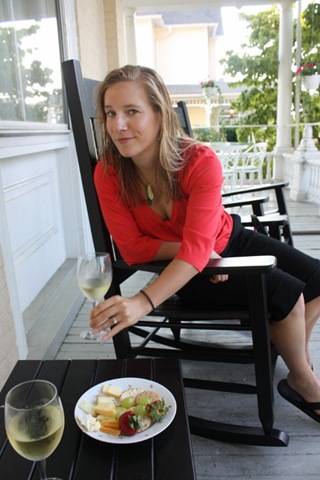 Matt and I shared a platter of cheeses and fruits. Me liked the “biscuit cookies.” Seemed like something I would have had in England! 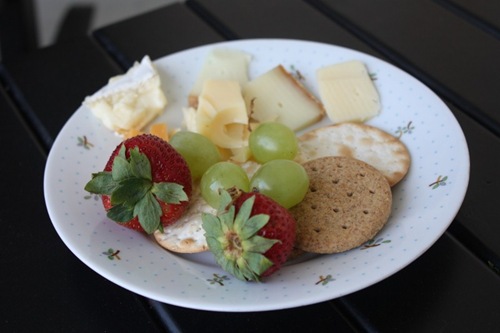 Half a glass of Reisling. 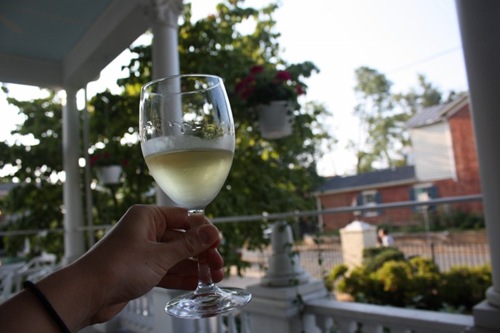 Our evening went out with a Bang! 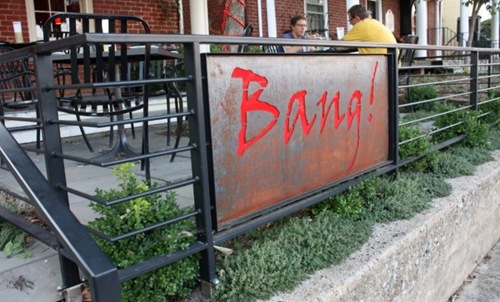 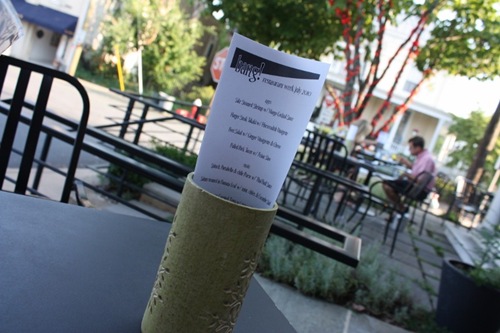 Matt and I celebrated our adventures with a duo of vino. Zinfandel for me, Sauv Blan for he. 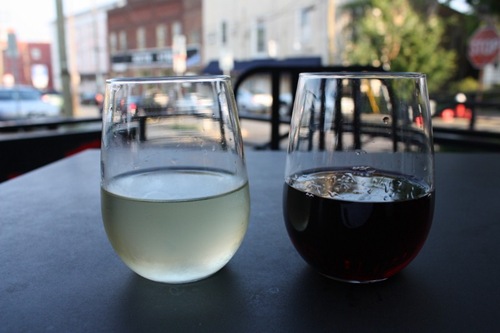 For Course I he got the Pork Tacos. I had a bite. INCREDIBLE! He proclaimed them the “best pork I’ve ever had” 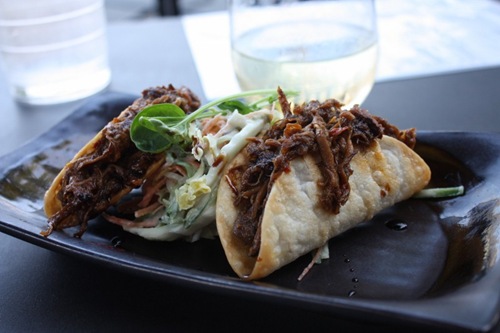 I got a Beet + Chevre Salad for course I 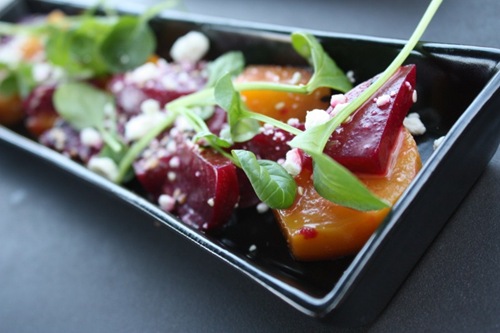 Sesame – both seeds and oil – was involved. It was DIVINE! 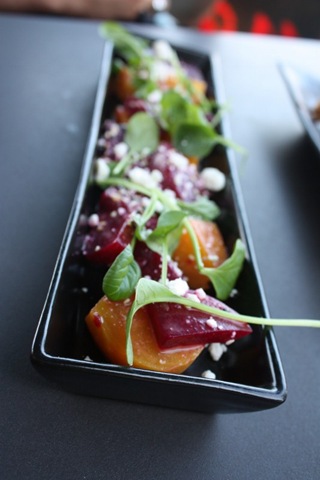 Dinner for him was the Seared Tuna over Coconut Rice. Bang! loves wasabi!! 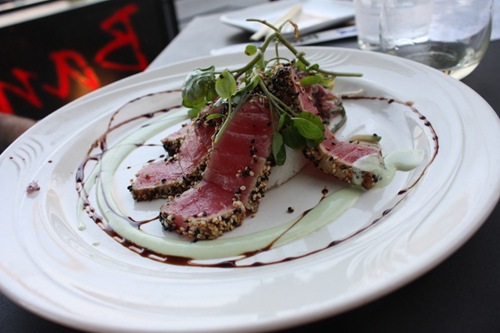 And I got the Vegetarian Purse! 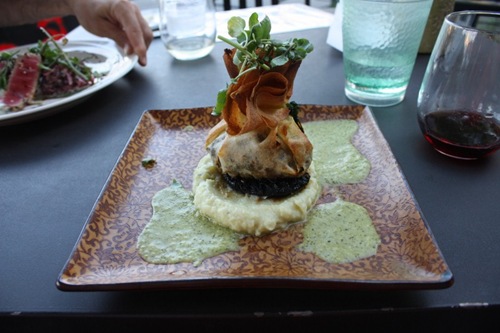 A blend of mushrooms and veggies with curry (I think!?) in a phyllo pouch (a.k.a. purse) with portabello mushroom (again!) and wasabi mashed potatoes. 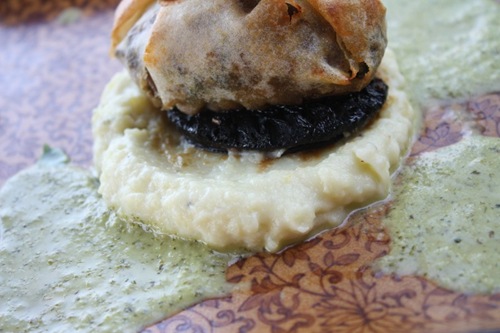 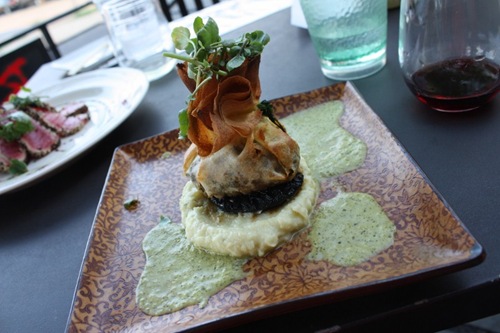 Course III was Banana Fritters for him. They were pillowy and amazing 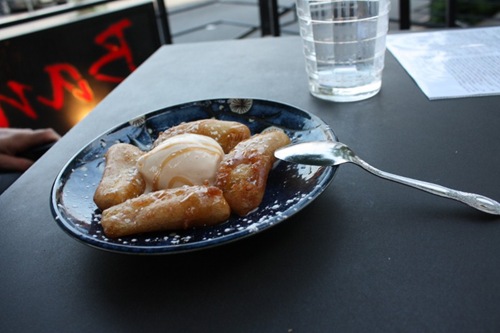 And the Coconut Panna Cotta for me. 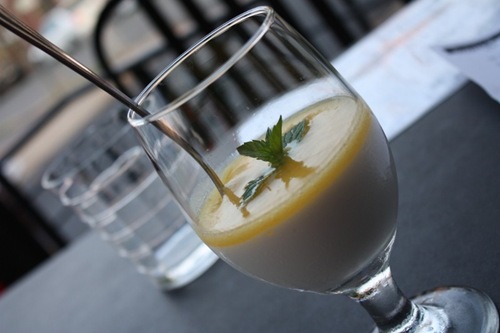 It was just OK. I’m not the biggest Panna Cotta fan. 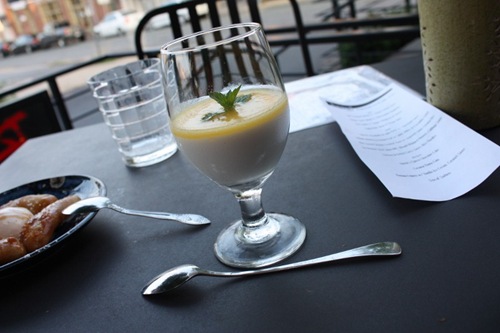 After dinner we went to see another house. We’ve seen two REALLY cute houses, but I think they are just too small. We’d have to store our furniture (dining room table) and just don’t know if we want to do that if we can pay just a bit more to have it all set up.

We debated going out for some music, but we’re both totally exhausted and calling it a night. More things to do tomorrow!