This hot off the press from Grammy’s House!

The Bears are as darling as they can be, but I have noticed their manners aren’t quite up to grandma standards. Hence my brilliant idea for today: Manners Camp!

We began with the importance of a firm handshake. These dolls agreed to help out. 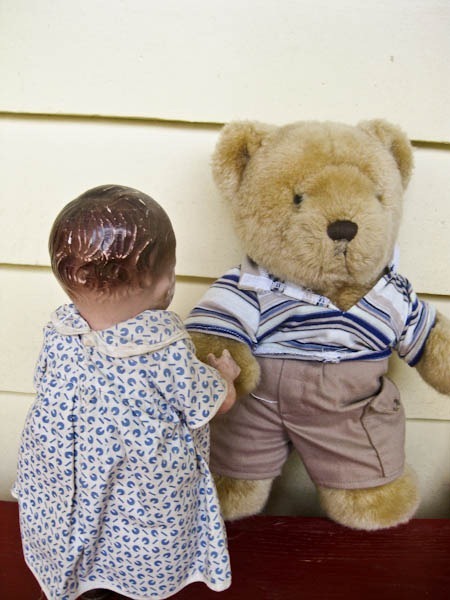 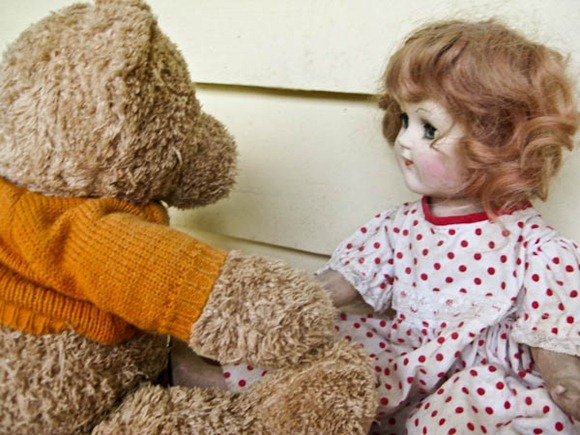 Things were going well until a ballerina hopped onto the porch. Like a gentlemen, Bocker stepped forward to greet her with a handshake. 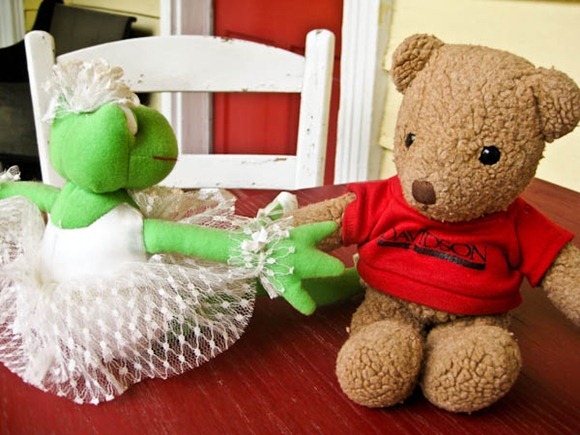 He then shouted, “Grammy, her hand is clammy and she smells like pond water.” I was mortified. The ballerina said, in a sweet voice, “Oh no, little bear. I have just finished dancing Swan Lake and haven’t had a chance to cool down or shower yet. My name is Miss Lilly!” After a quick shower, she felt refreshed and enjoyed chatting with everyone. 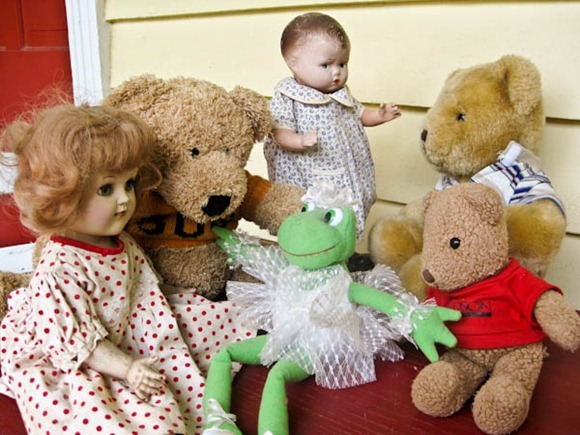 The next activity focused on table manners. I wanted the Bears to learn that it’s not polite to start eating until everyone has been served and that you don’t pick up your fork until your hostess/host picks up hers/his. The Bears took turns playing the host and announcing each time what delicious imaginary food was on the plates. Once the host picked up his fork, the others could pick up theirs 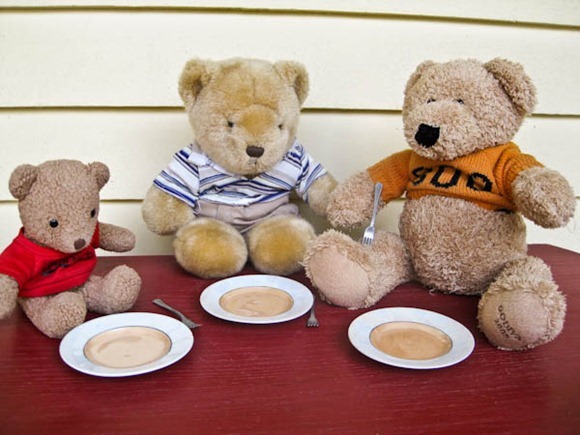 The game and lesson went along nicely until I decided to add to the fun by handing out giant forks. Churton forgot the rules and picked up his fork too soon. Beaker (who was playing the host) got so angry that he poked Churton in the neck. 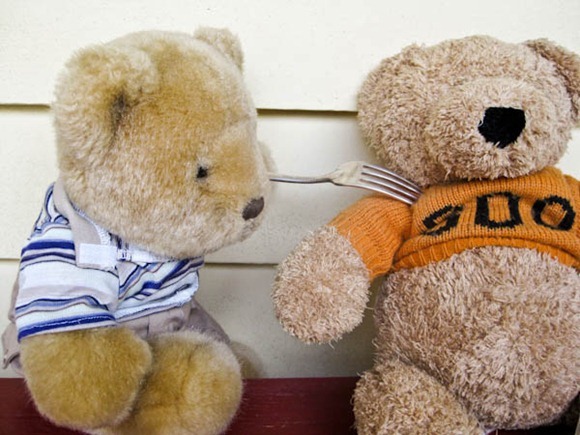 I decided it was best to end the game quickly by collecting all the forks.

The last Manners Camp activity celebrated kindness, especially taking turns. My new netbook is somewhat bear-sized. I suggested they each take a turn selecting a Grammy-approved website, and then all three enjoying what they found there. Bocker was chosen to go first. He said, “Let’s check out KERF and see how Mom and Dad and the bakery are doing.” 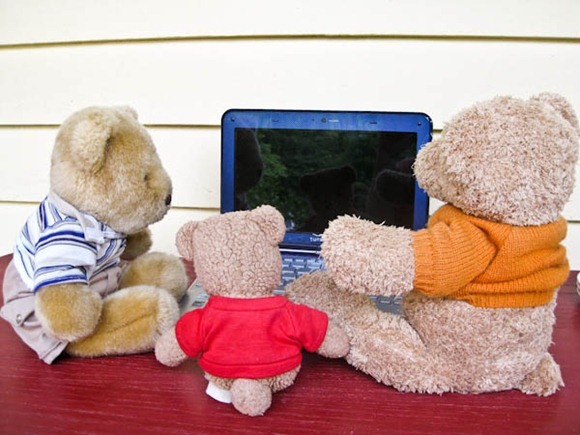 “Not KERF,” said Churton. “We’re on a break from KERF!” Churton clobbered Bocker, who then burst into tears. 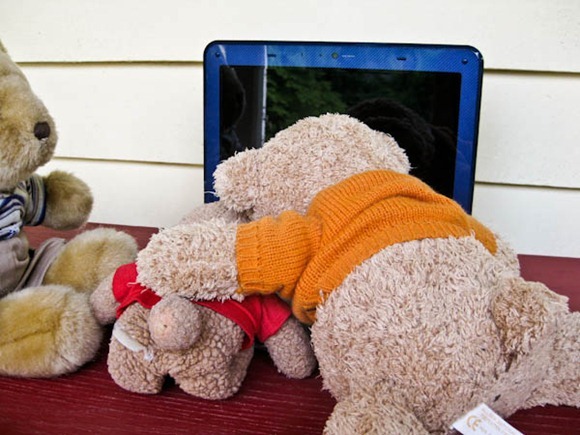 I put an end to the game due to unnecessary roughness on Bocker and my netbook.

I’m going to suggest to Kath that when the Bears return to Charlottesville, she spends quality time with Churton BEFORE she sits down to blog each time. Matt, too, will need to do some Dad and Bear playing EVERY EVENING when he is finished at the bakery. Churton seems to have some KERF/Bakery jealousy issues. I think he just wants his parents, which is natural. 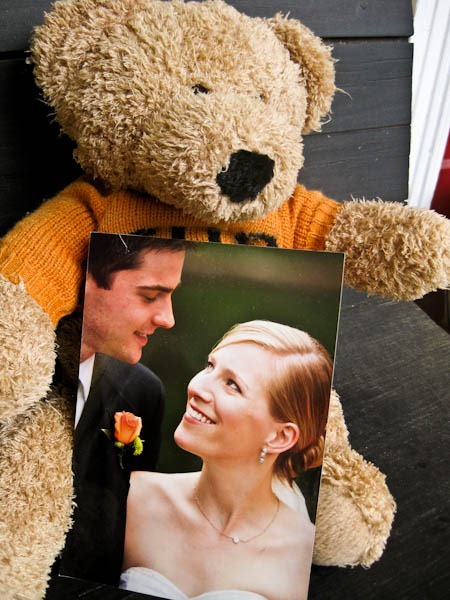 Miss Lilly has offered to take the Bears swimming in a nearby (very shallow) pond this afternoon. Thanks heavens! I need a break. 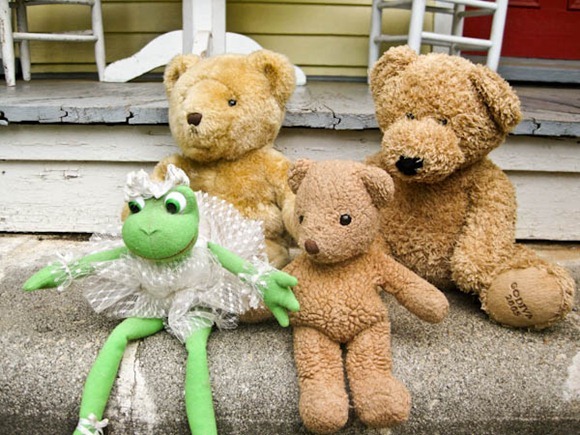 We miss you Bears!