*To the tune of the famous Lion King song!*

I got so much done today that dinner tonight was all the more delicious. Before a few hours of writing (trying again to get ahead on BERF in anticipation of my upcoming trip to Seattle), I hit Whole Foods to re-stock the fridge. We were pretty low on staples! 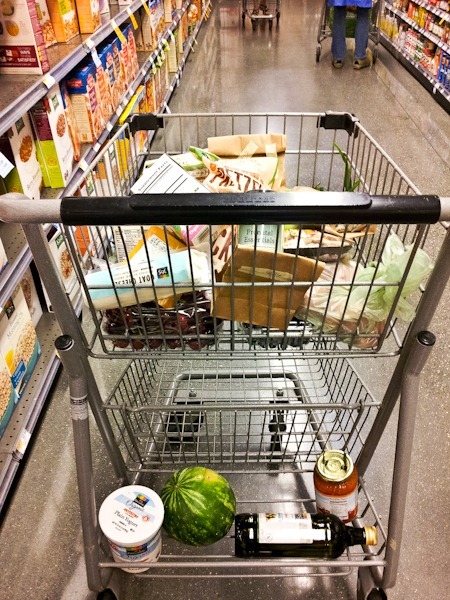 While I was there a giant thunderstorm arrived that would have made getting to my car very difficult, so I was forced to browse the aisles. Prior to the storm, my trip had been perimeter only, but numerous expensive aisle foods were in my cart by the time the storm had passed: 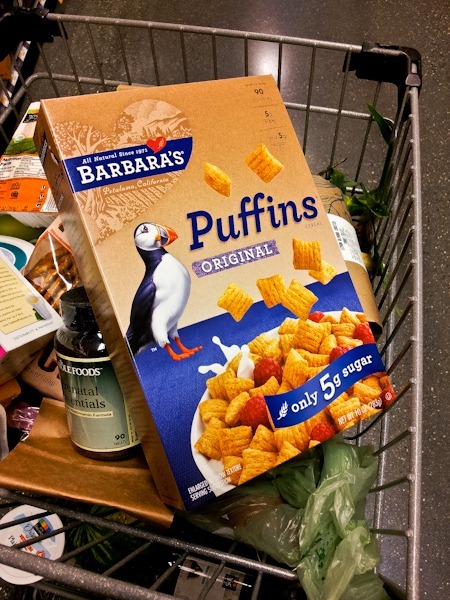 I also love to stop and smell the laundry detergents : ) Just as good as fresh roses! Mrs. Meyers has a new scent: Bluebell! It was great! 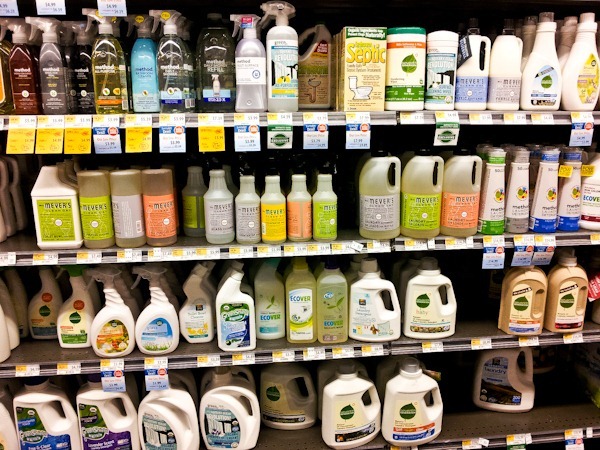 Another grocery store splurge: cherries!! I had some with cheese for an afternoon snack. 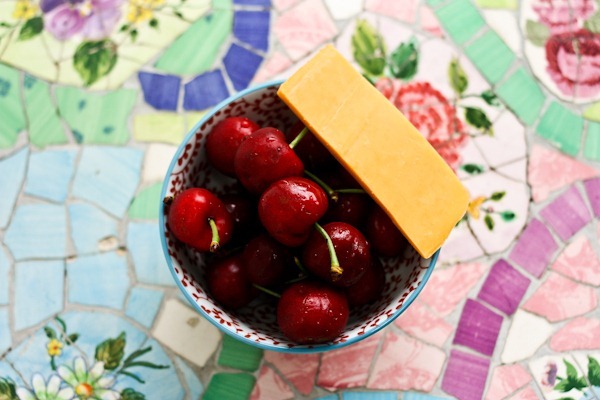 During my trip, I debated what to get for dinner tonight. I could have cooked ANYTHING in the world – all of the ingredients at my fingertips. I had a really hard time deciding what I was in the mood for!! I ended up purchasing some trout – one of my favorite fish – from the prepared fish section. Meaning the pre-breaded/flavored fish. Generally prepared foods are a bit more expensive, but it’s not like $0 vs. $10 – it’s more like $8 vs. $10 – and this was so worth the $2 to have prepared.

This guy was Lemon, Almond and Herb was DIVINE!! One of the best fish I’ve ever had! 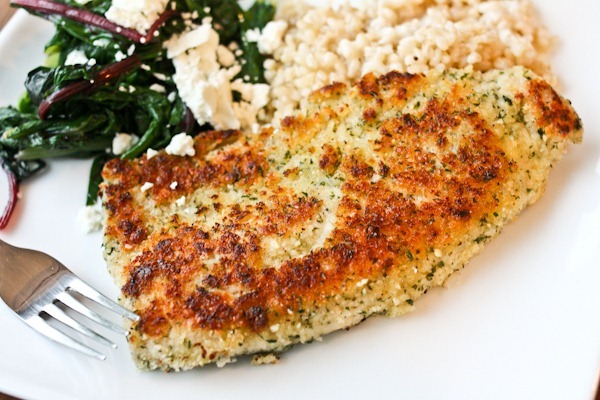 We seared it in olive oil and butter along with sauteed garden chard and rice. 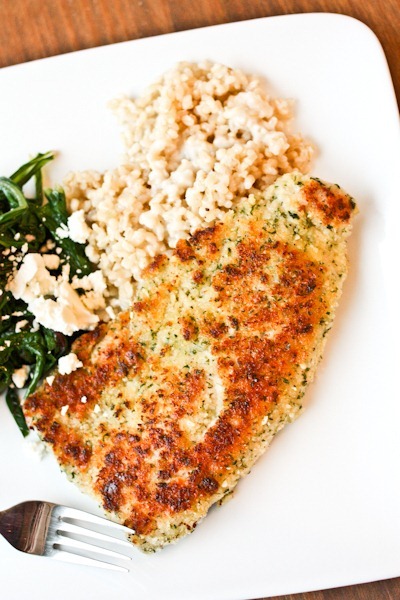 The chard was sautéed with olive oil, roasted garlic from a jar (from WF) and goat cheese on top 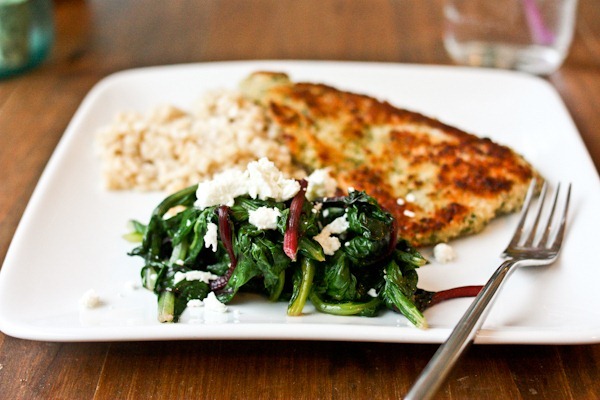 I made the coconut rice in the rice cooker – just 1.25 cups of rice with 1 can of lite coconut milk (full-fat would have been even better!) I topped the cooked rice with a few dabs of coconut butter. Nothin’ like it! 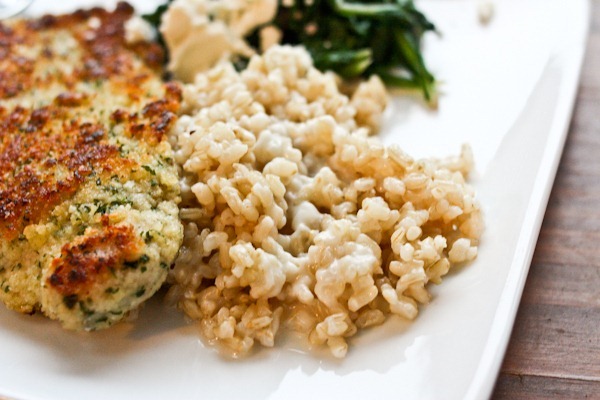 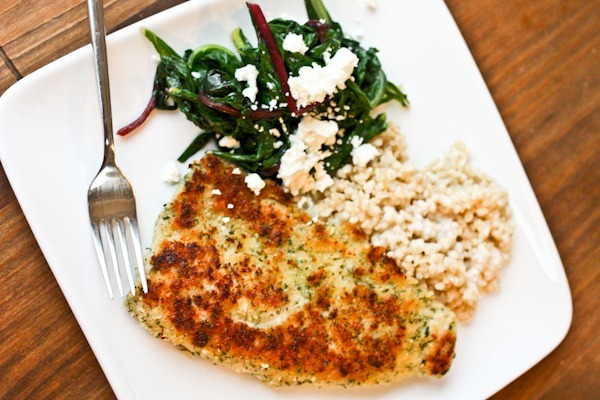 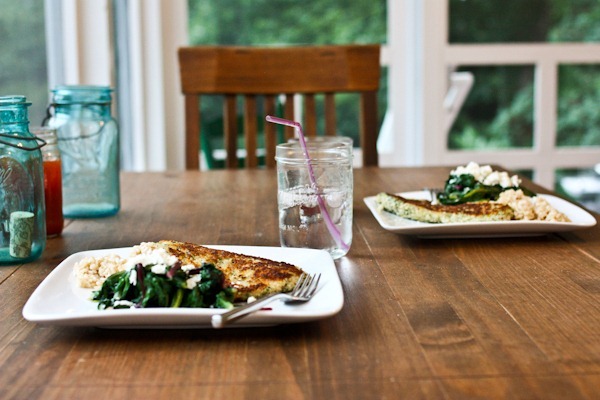 I’m going to enjoy this evening with some So You Think You Can Dance!!!!!!!!! LOVE that show! (Although I’m puzzled why my DVR won’t pick up on the whole series to record? I seem to have missed last night’s episode?)