(So I guess the oatmeal post never made it up – NO CLUE what happened there. I’m going to be so mad if I get that error again, but I will start saving my posts as I write them for sure now!) 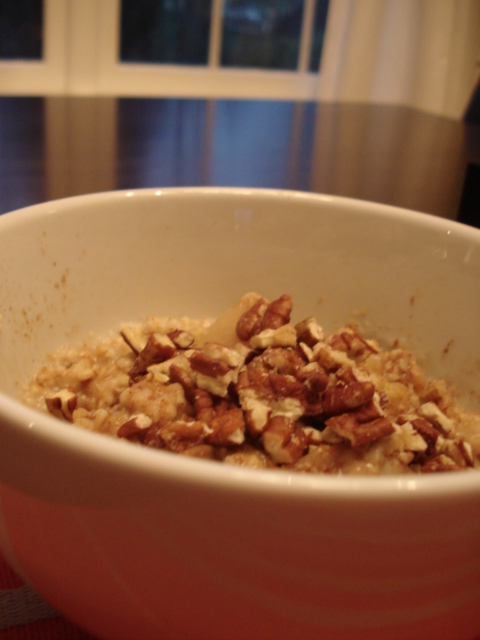 YUM! Baked Apple Oatmeal was delicious! (Although I guess that apples were not really baked but simmered, but baked just seemed like the right thing to call them!). When I made the steel cut oats this time around I made four portions and increased the amount of water I used. I let them simmer twice as long (about 45-50 minutes) as before to hopefully plump them up – it worked! I added a whole cup of milk when they were done by water’s absorption and then let them simmer about 20 minutes more. The result was really creamy, yet chewy, steel cut oats. See last night’s dinner post for how to make the apples. More on the oatmeal in a bit!

Had another mini oatmeal pancake pre-workout. Tasted great, but I got a little hungry during spinning. I need to make another batch of these this weekend (and a bigger one!) because I’m all out. 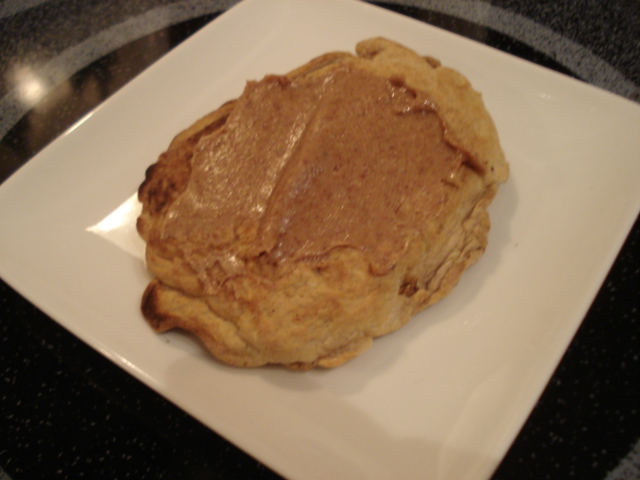 Hour-long spinning class was great. I love zoning out to music and just pedaling as hard as I can. It’s very refreshing. 450 kcal burned.

Since I made the oats and topped them with the apples last night , this morning we had no dirty dishes! I added about an ounce more of milk, fluffed them up, and microwaved for 2-3 minutes. Then I added flax, brown sugar, cinnamon, and 15 grams toasted pecans. 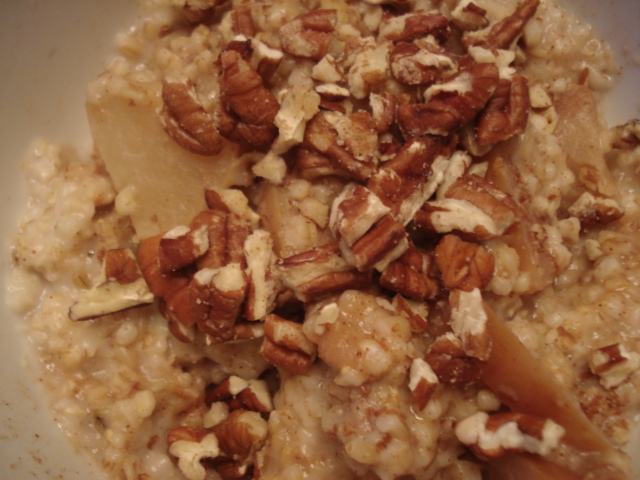 Hot tea with milk and splenda on the side: 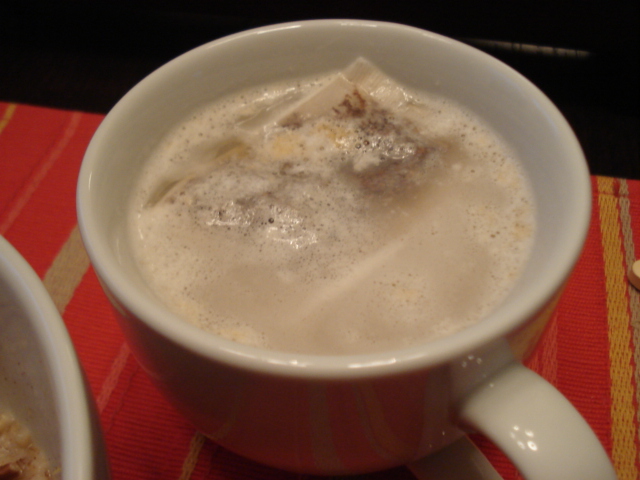 Breakfast kcal were about 415 (515 including pancake) 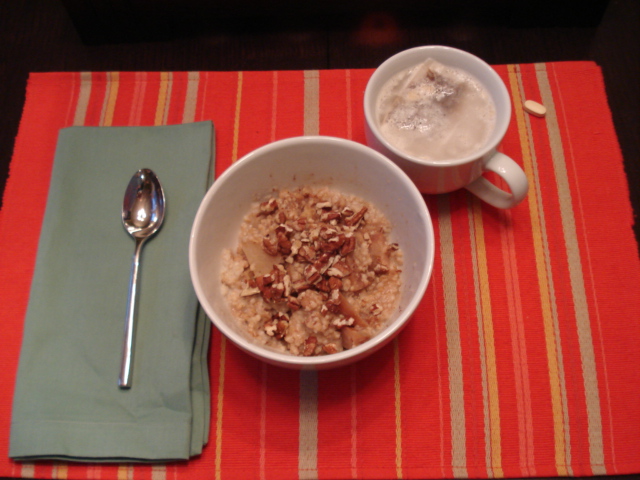