You are here: Home / Lifestyle / Baffled Over Waffles 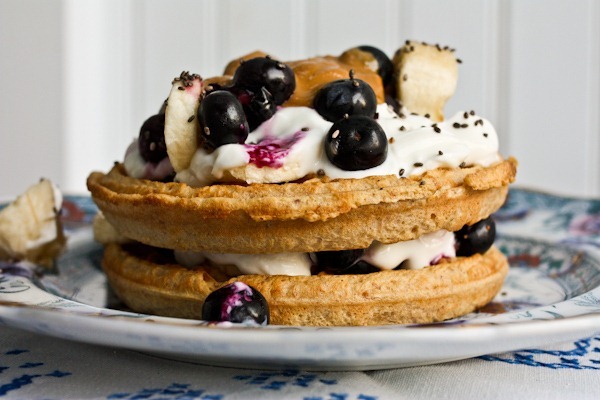 So much to say about this breakfast!!

I don’t have a waffle maker and frozen waffles just aren’t something that I’ve thought to buy in years. But after reading this Shu Box post followed by this post at Cait’s Plate, a major craving was formed! 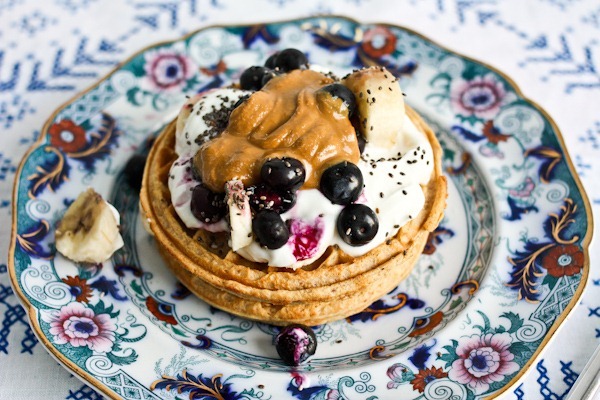 I picked up some Kashi 7 Grain frozen waffles (which won the waffle ingredient list/nutrition competition in the frozen aisle for being 100% whole grain and having 98% simple ingredients). The waffles themselves were delicious – very vanilla-y!!!

I have a thing about cold yogurt on hot BREAKFAST foods. On dinner foods, I like it chilled on something hot for contrast, but for breakfast I don’t want my hot food to be cooled off by cold yogurt. I also have a fear of heating up yogurt – that it will separate or taste funny.

But I love greek yogurt and really wanted to simulate Cait’s stacks, so I took a risk and microwaved a half cup for 15 seconds. It turned out perrrrrfect!! Just barely warm enough to keep breakfast warm. 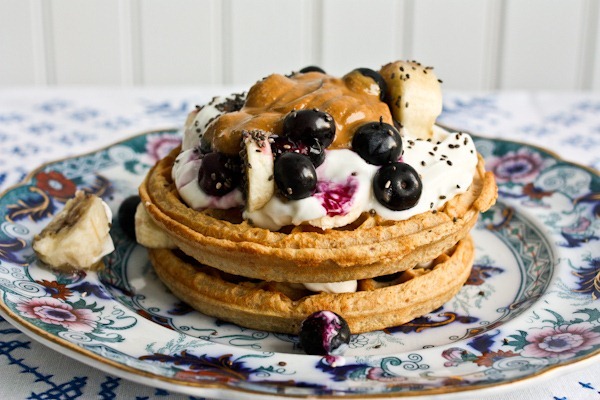 I also heated the banana and blueberries in another bowl so everything was nice and toasty!! Sunbutter and chia on top! 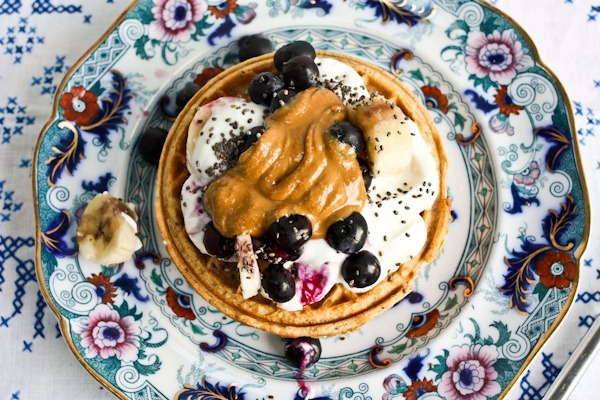 Cutting through the layers was so much fun. And these waffles were so aromatic on the vanilla spectrum that I really loved them. 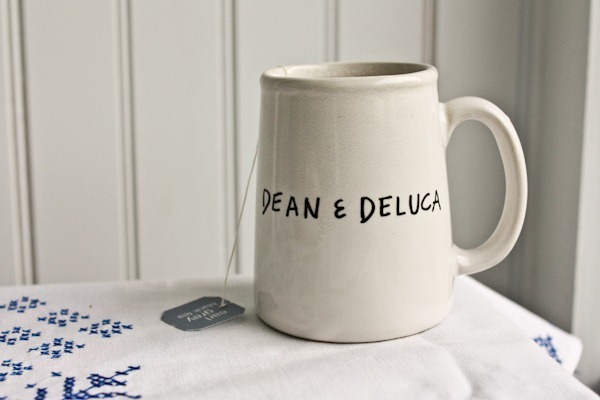 This was a great breakfast! Excited to add it to the rotation. I ultimately wish I could make my own waffles from scratch, but a waffle maker is such a unitasker and I just don’t know if I’d get my money’s worth, and plus I prefer pancakes in general. But fun to have every once in a while in this form! 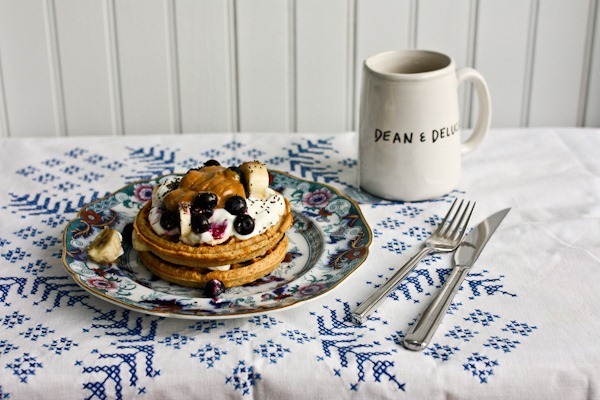