You are here: Home / Lifestyle / All American Birthday Dinner

Tomorrow is the husband’s birthday!! We have a tradition of cooking each other a surprise dinner on each other’s birthdays, and the only rule is that it has to be something creative that we’ve never made before. He surprised me in October with “Paella” of lobster tail and pan-seared scallops with sun-dried tomatoes, jalapeños, roma tomatoes and sweet peppers, served over risotto, topped with capers (directly from the blog!) My original plan was to cook Bison – we’ve always wanted to use it but have never actually done it. But I couldn’t come up with something that I was comfortable making that wasn’t meatballs or a spaghetti sauce. When my mom said she was making BBQ chicken for my sister on Thursday, I thought “Now, that would be delicious!” – and surprisingly it’s something we’ve never made before. Plus, the husband has been alive a quarter of a century now so I figured he needed an All-American birthday dinner.

I set him up on the couch with a 24 oz beer (another requirement of the birthday dinner – I get wine on mine 🙂 ) and I set to work in the kitchen. (I did have to bring him some bourbon on the rocks when his beer ran out!) This was my kind of meal – put chicken in the oven, worry about sides, all comes together at the end. Not too much stress on the stove top!!

The chicken turned out PERFECT!! It was the best BBQ sauce either of us had had. Although I did the whole thing “to taste” so I’m not sure of the ingredient portions, I basically combined 2 cloves garlic, ~1 cup of ketchup, 1/4 cup brown sugar, 1/2 a can of tomato paste, 2 tbsp cider vinegar, and 2 tsp Worcestershire sauce in a sauce pot and warmed it through. Then I covered the chicken with it (3 drumsticks and 3 boneless thighs) and put it in the oven for 40 minutes at 375*. I saved a little bit of the sauce to baste at the end and it thickened up quite a bit and was so smoky and sweet and delicious – I would definitely recommend saving some since the chicken sauce gets watered down with the chicken juice as it bakes.

I don’t normally eat dark meat, but tonight of course was a special occasion – PLUS we got 10 pounds of chicken legs on sale this week for $3!!!! So legs it was. I ate a whole drumstick (skin and all) and took the skin off my thigh (which the husband de-boned) and then put more sauce on afterwards. Chicken skin is loaded with saturated fat and I find that I don’t miss it much if the chicken is cooked with the skin on and I take it off after the fact. It’s still juicy and I still get all the great flavor. 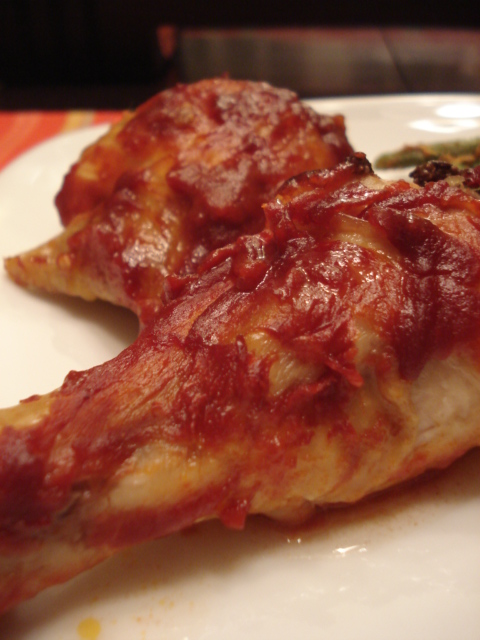 On the side I made a corn dish with dried corn (a present from my grandmother). I added about 2 tbsp canned jalapeños, 1 tsp cumin, 1 tbsp splenda, S + P, and a little Smart Balance to finish it off. I basically simmered 1/2 a cup of the dried corn (260 kcal) in 1.5 cups of water for about 40 minutes. Perfect timing with the chicken! It was an experiment but I knew it wouldn’t be too hard to screw up. I added another 1/2 cup of water about 20 minutes in and it was perfect by the end. It tasted fabulous – like a smoky cornbread! I had about 1/3 of the recipe and the husband ate the other 2/3 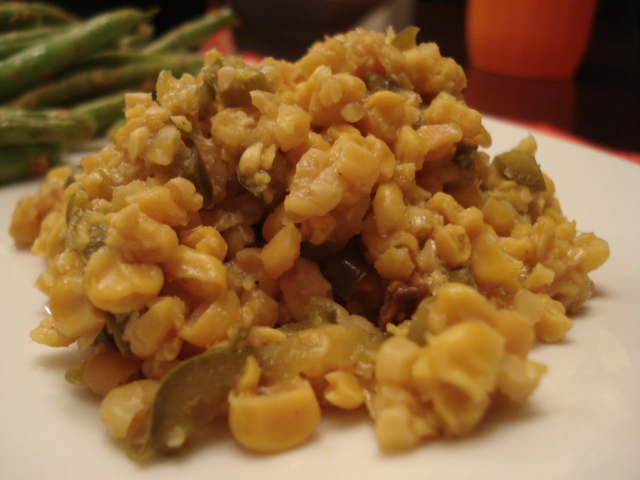 Lastly, I whipped up some mustardy hot sauce green beans. Simple and spicy – just how he likes them! 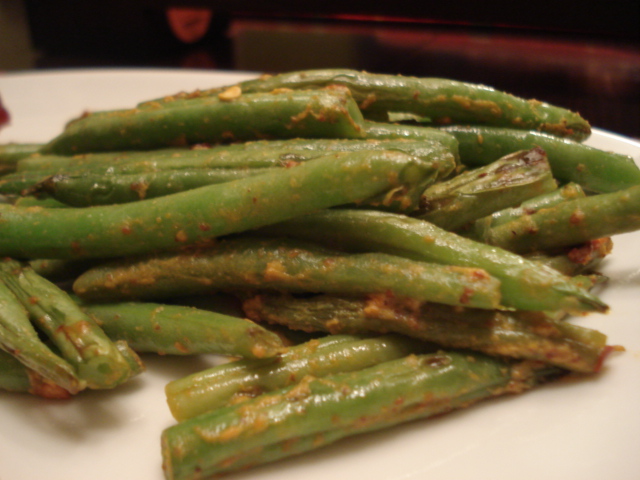 Finished it off with 4 oz of leftover red wine, which really didn’t go well with the meal at all. A bummer since this was a nice bottle. The spicy food would have been better with a nice white or a beer! 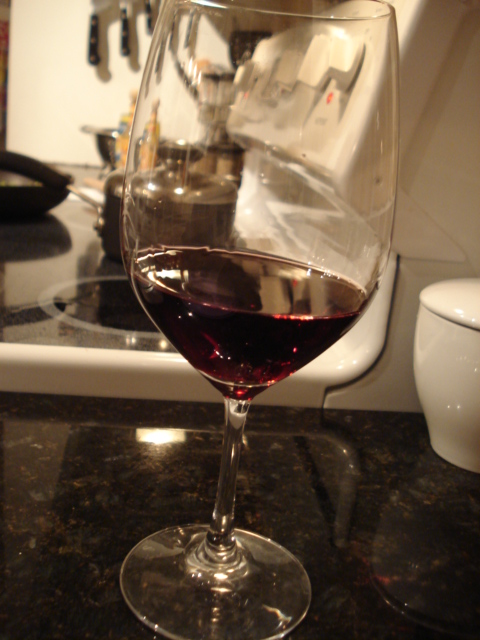 All together for roughly 690 kcal (350 of that is chicken – I could have just had one piece but the sauce was TOO GOOD so I had both 😳 ) I’m really full right now and although my mouth wants something sweet, I know my stomach doesn’t need OR want anything else. 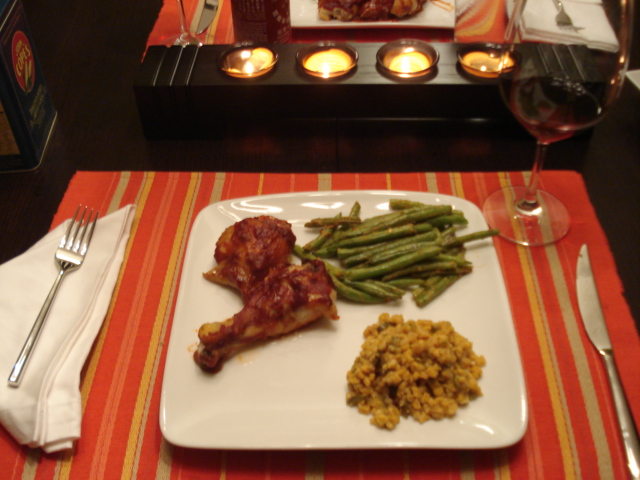 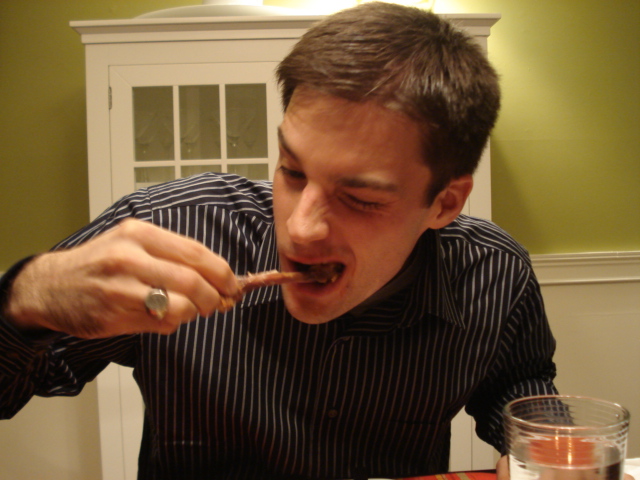 This afternoon Maran, Christy and I walked to get coffee in my neighborhood. 40 minutes of walking, good conversation (we’re nerds!) and a sugar-free peppermint non-fat tall cappuccino later… 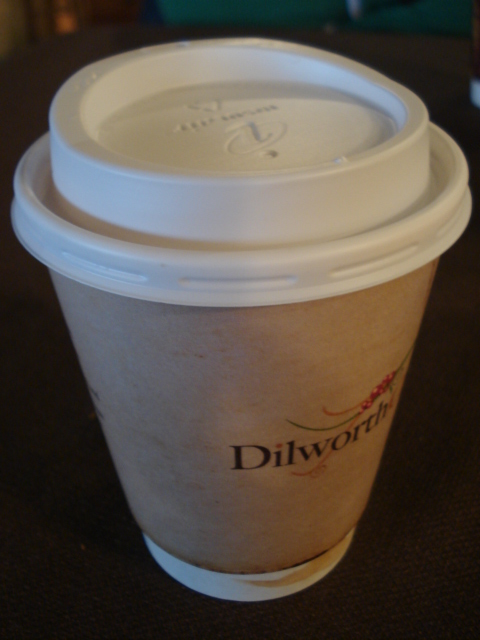 Off to pack my backpack for classes tomorrow and then finish Pirates!!