You are here: Home / Charlottesville / A Call To Farms 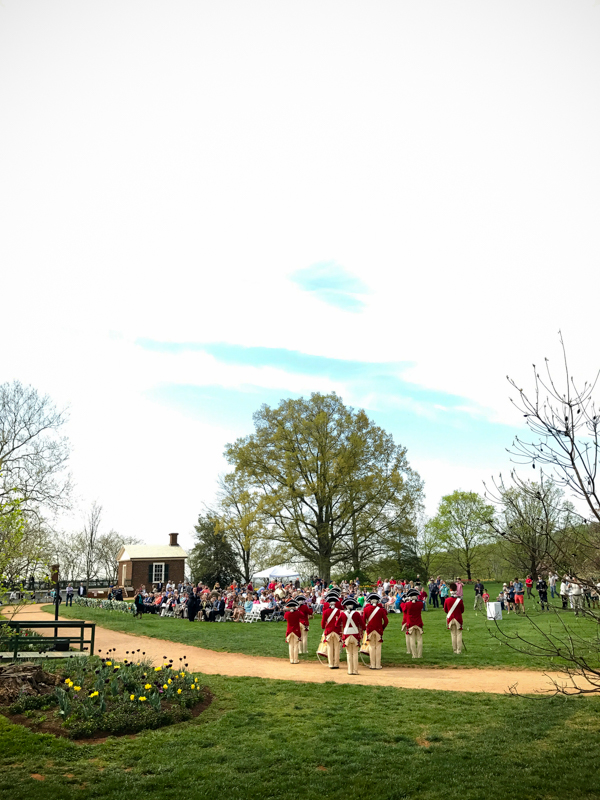 I had the honor of going up to Monticello this morning to hear renowned chef and food activist Alice Waters speak in honor of Thomas Jefferson’s birthday celebration. You might know Alice as the founder of the Edible Schoolyard Project and chef and owner of Chez Panisse Restaurant in California. She was also the recipient of the 2017 Thomas Jefferson Foundation Medal in Citizen Leadership. 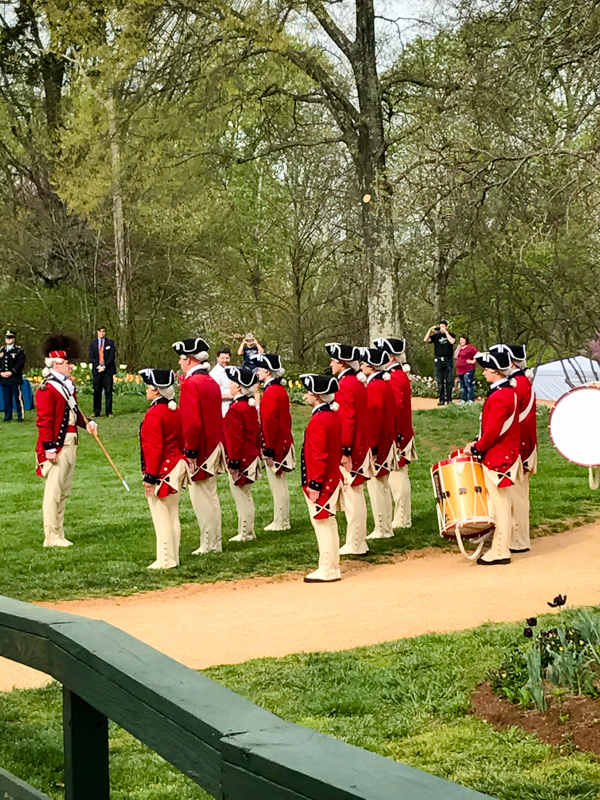 The celebration began with music from The United States Army Old Guard Fife and Drum Corps followed by introductions and Alice’s keynote speech. Alice stated that Thomas Jefferson “inspires me more than any other figure in American history.” I can see why – they both seek out the best-tasting food available. Jefferson grew over 40 kinds of kidney beans, narrowing it down until he found the one he liked the very best, and Alice shared that when Chez Panisse first opened they found that the most delicious produce was sold at organic farms nearby. She ended her talk by stating that we need another American Revolution with the Slow Food Movement. But rather than a call to arms, we need a “call to farms”. Brilliant! 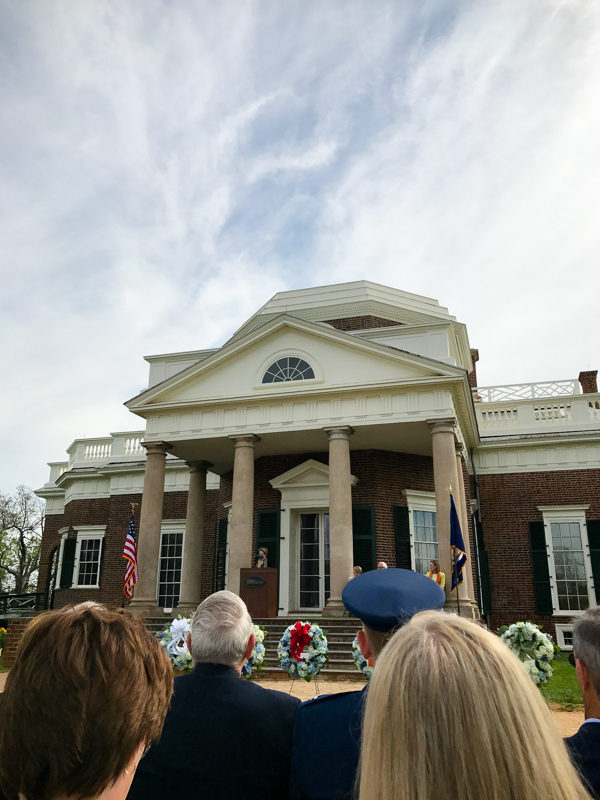 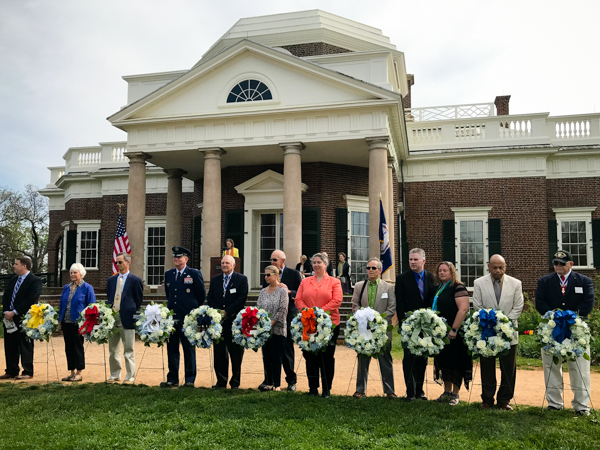 Afterwards, there was birthday cake!!!! 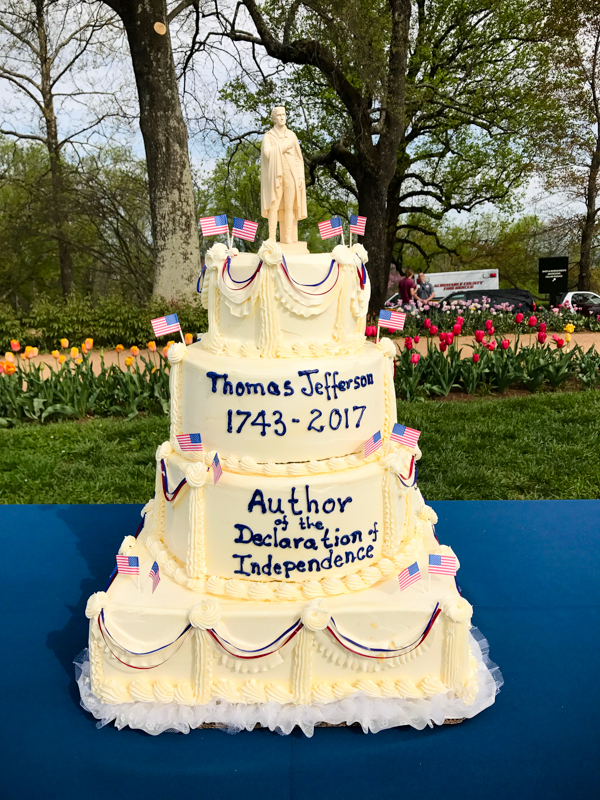 But sadly the cake line was a mile long, so I wasn’t able to have a slice. 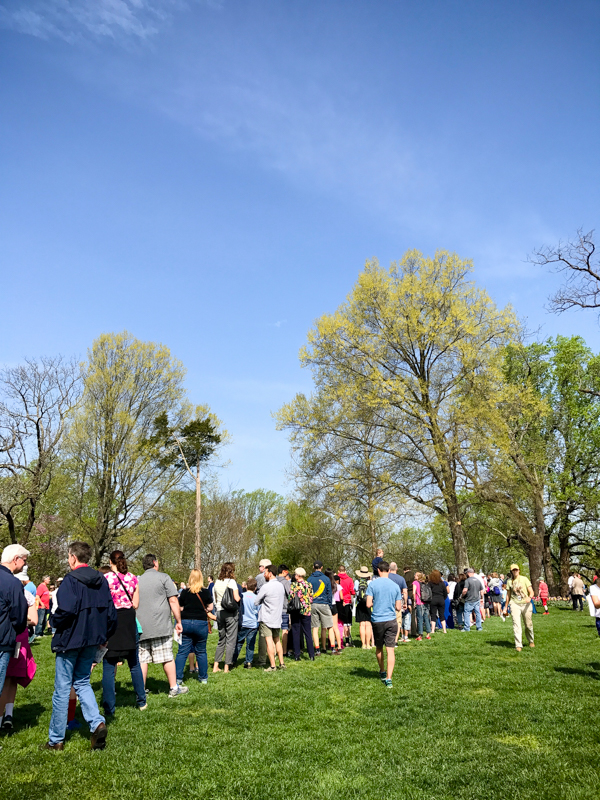 Lynsie and I soaked up the sunshine though. 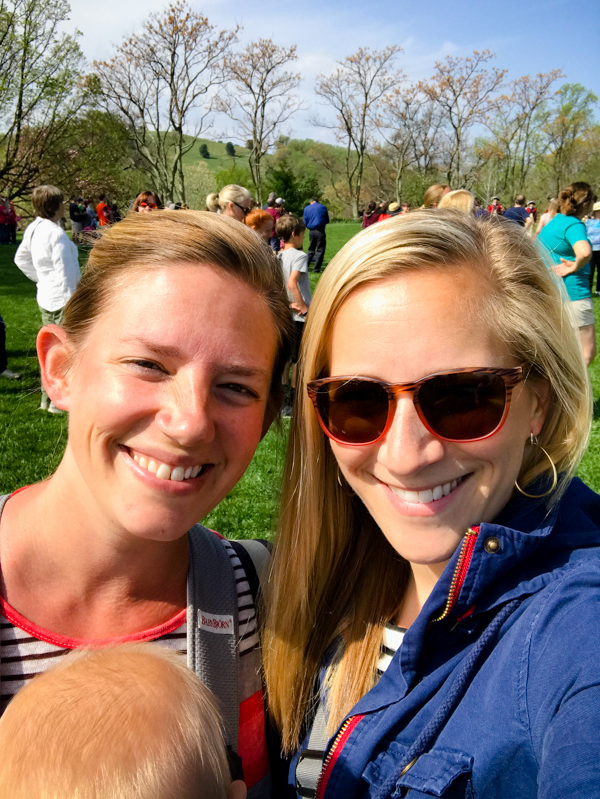 Founder’s Day is such a great time to visit Monticello – all the flowers are in bloom! 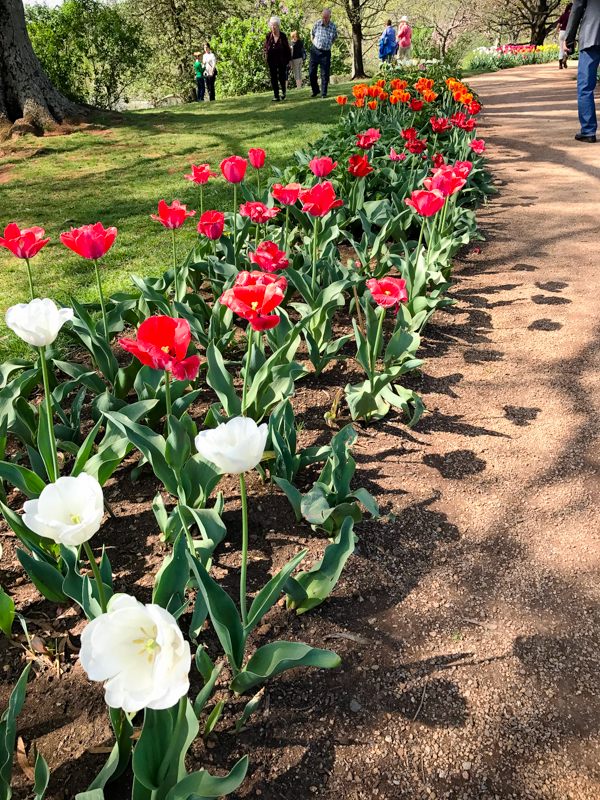 So instead of cake, I had peanut butter pretzels! These things are SO addictive!! But they make the most satisfying snack! 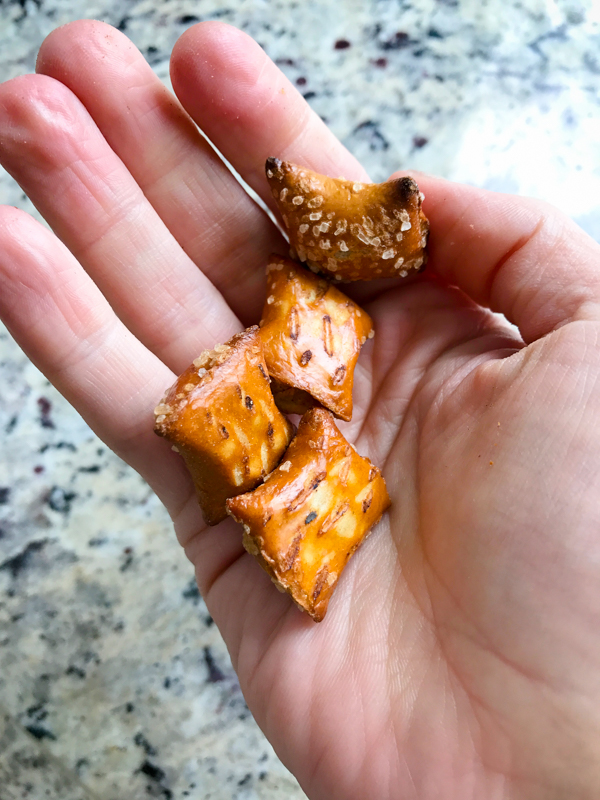 I love it when I have a fridge full of options for lunch, and I piled a bunch of roasted veggies from last night’s dinner onto some BrightFarms greens with leftover chicken, sharp white cheddar cheese, and parsley. So delicious! 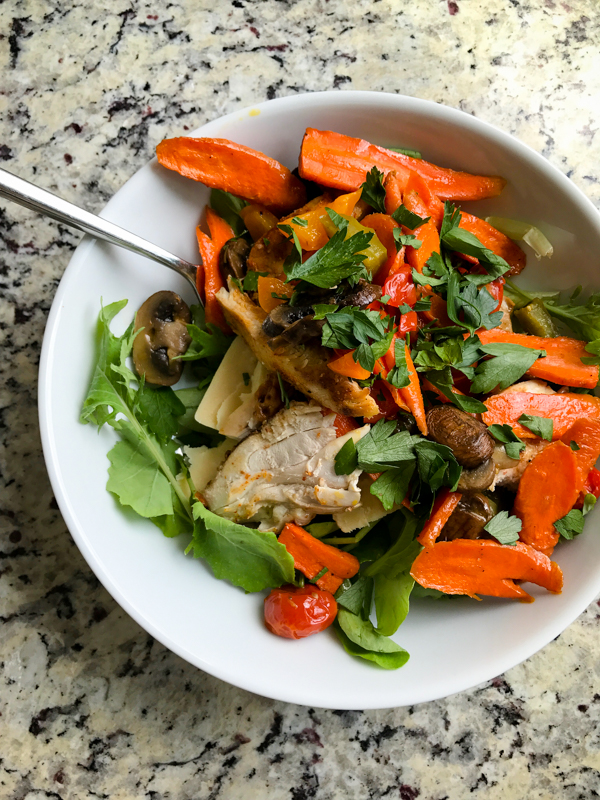 I’ve been drinking water, but I have a headache coming on – I don’t think my body is used to sweating so much before breakfast!! Gotta keep chugging.

I’ve been working on posts, photos, and emails since I got home at 11 and am running out of time in my workday before picking up Mazen! Since adding Designed To Fit Nutrition and a few small side projects to my plate, I’ve been finding it a bit harder to fit everything into my week. I’m sure I’ll figure it out though!