You are here: Home / Lifestyle / A Bit Of Baking! 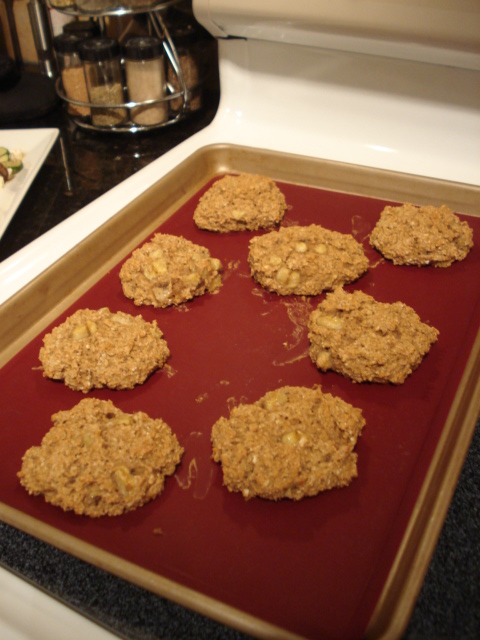 I was up at 5:30 this morning to work on Chem and decided I wanted to bake something for breakfast. Of course I turned to my new Vive la Vegan cookbook because there are a number of recipes I want to try. What I love about vegan baking is that all of the ingredients are healthy, which means the final product is healthy. While I’m obviously not a vegan and eat things made with butter, cream etc., I’d rather not have them for breakfast or snacks and save them for special treats. So for everyday healthy baking, the vegan cookbooks are great.

I settled on the Blueberry Bounty Buns, which are described as a cross between a muffin and a scone – exactly what I was craving! But since I didn’t have blueberries, I turned to trusty bananas 🙂 I reduced the sweetener (brown sugar + maple) by half and thought they turned out perfectly sweet. I also used Smart Balance instead of canola oil, which reduced each “bun” by 40 kcal. Quite a dramatic drop! They turned out what I would describe as “drop muffins.” Basically muffin tops! Yum! And about 130 kcal each.

With a bit of almond butter: 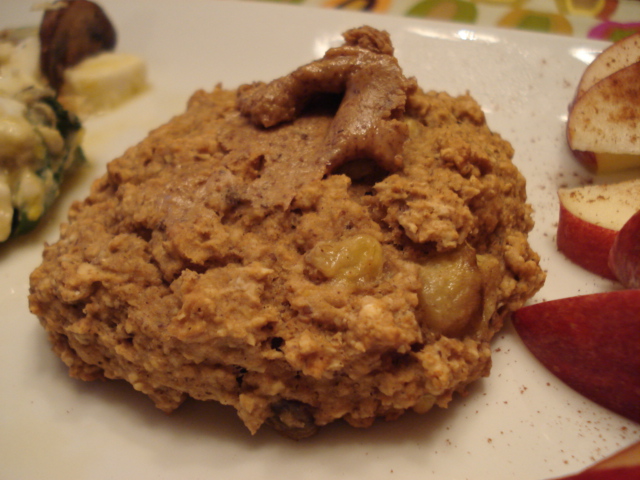 And for the record, it was SO HARD not to go back for a second! I did lick the batter bowl though 🙂

To complete breakfast, I also made a veggie + feta scramble with 1 egg and 1 egg white plus mushrooms, zucchini, spinach and tomato-basil feta. 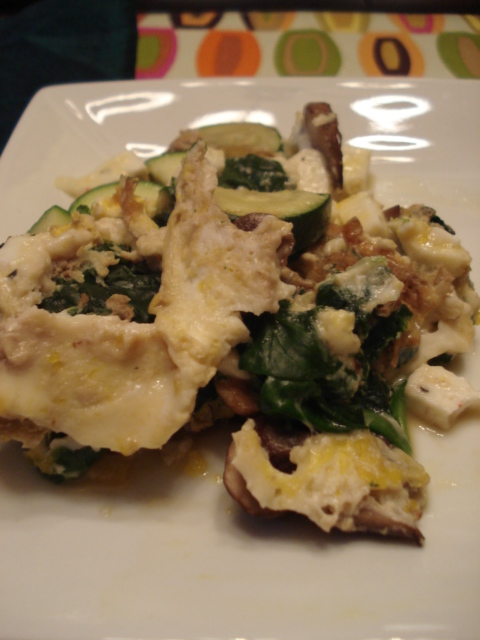 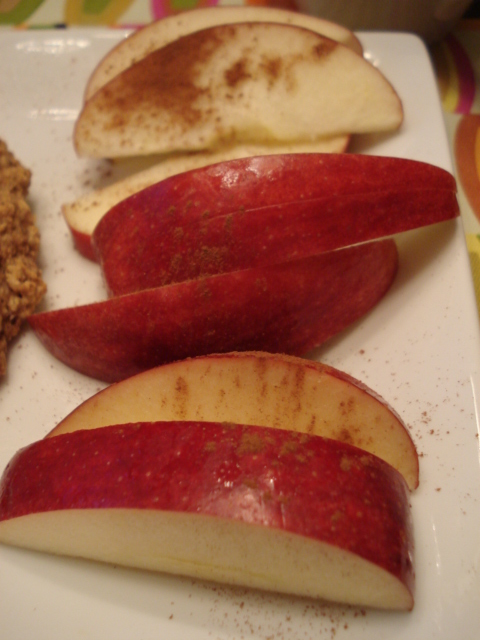 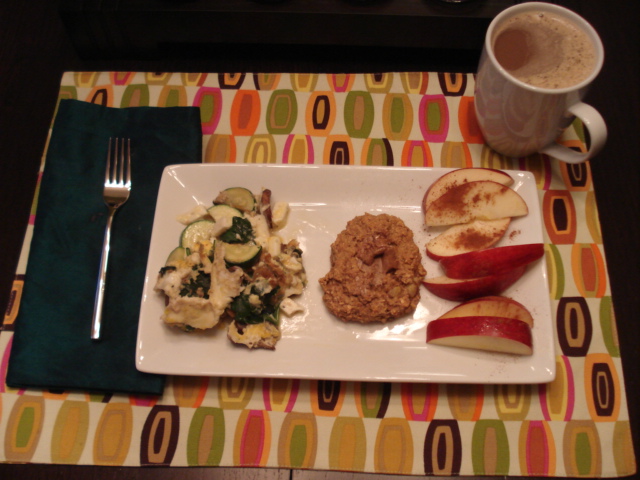 This breakfast was 420 kcal, 8 grams fiber and 29 grams protein. Not quite as filling as my oatmeal breakfasts, but I eat early lunches on Tuesdays so it’s not as big of a deal as sitting through Physio with a growling stomach!

I have a chest cold 🙁 I feel fine, but I have a few random symptoms of a cold. I’m headed to the gym in a bit and plan to do some light ellipticaling and maybe abs. Nothing that will leave me breathless like yesterday’s spinning!

My mom is an author and has a number of poems published. She wrote this one yesterday in honor of the shattered little green spoon, who had become quite a character in the KERF comic strip 😥

“Resting in the Eternal Spoon Rest”

My favorite spoon,
Gone too soon,
May you rest in love,
In Spoon Heaven above.