You are here: Home / Lifestyle / 2 Wheels Are Better Than 4

Another big bike night around here. My quads are tarred!

We cracked open a bottle of North Carolina wine around 6pm. I knew we were going out, so I just had a 3 oz pour (in our giant wine glasses!). 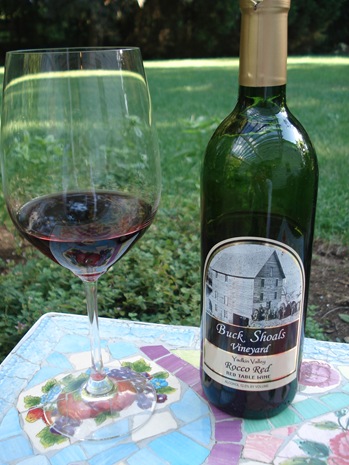 The event we went to was a fundraiser for a charity held by a shopping center in SouthPark, which is about 4.5 miles from our house. It’s just far enough to dread the bike ride, but just far enough to be an easy enough ride. I tried to talk us out of biking there, but given the beautiful weather, I knew the husband would not allow us to drive. So bike we did. However, he took us through a neighborhood so we could talk and spread out on the slow streets rather than ride single file on the sidewalks on the busier streets. But this “shortcut” ended up taking us almost and HOUR compared to the normal 30 minutes or so. Guess it was good exercise if anything! 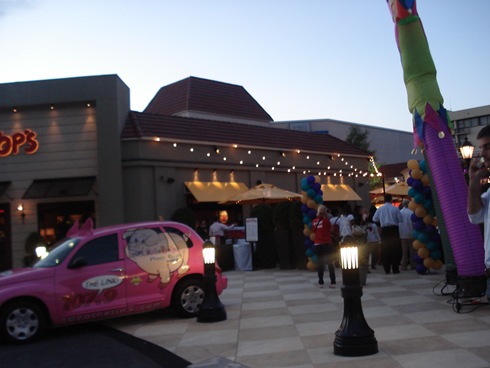 We weren’t sure of the food options at the event, but we were pleasantly surprised by a sampling of food from the restaurants there! 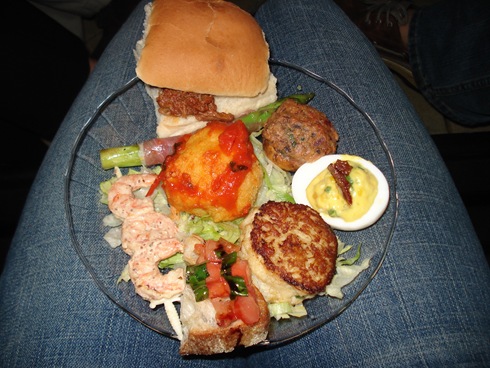 Then we hit the bar!! I ordered a Pineapple Martini which involved the vodka soaked pineapples in a big jar on the bar. I thought I was getting a blended pineapple drink with vodka but turns out I got a vodka drink with the slightly hint of pineapple. I am not about to drink straight vodka, so thankfully the nice bartender let me order another when he saw that I was quite disappointed. 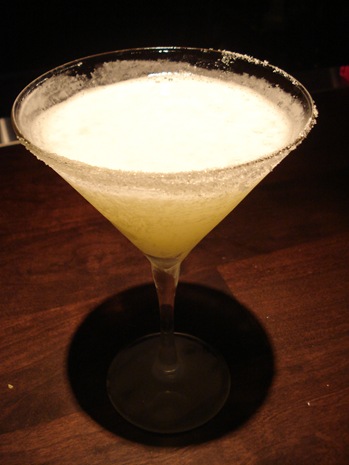 Before I tasted it – I was excited! 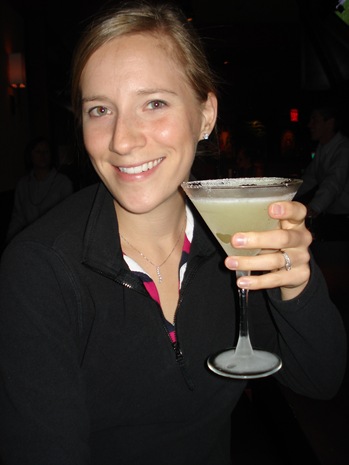 It tasted SO watered down!!

So I ordered a Cosmopolitan instead. It was also sub-par. Very watery. Maybe it was the frozen glasses!? 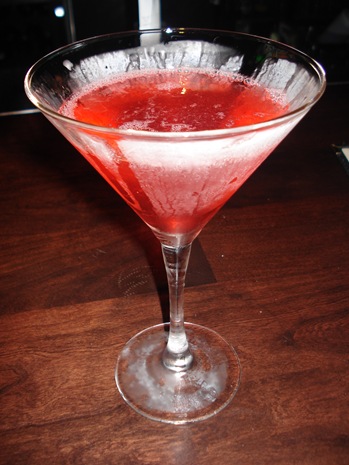 We were in the mood for a cozy atmosphere so we headed across the street to The Grape Wine Bar. I ordered a “taste” (2.5 oz) portion of the “butteriest chardonnay you have.” What I was served was NOT buttery. In a blind tasting I would have called it a Sauv. Blanc! What was wrong with my drinks tonight!?!? 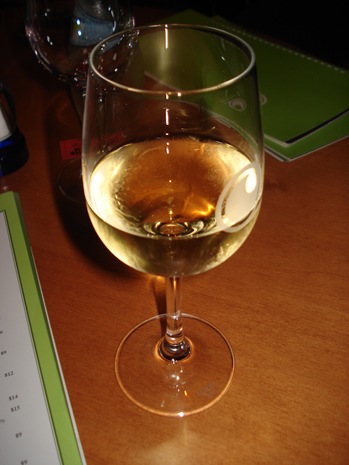 4 miles more, and we arrived back home. It’s one of those nights where I want to go eat the pantry because I didn’t get a real dinner, but I know I had enough. My stomach isn’t hungry, but my mouth wants to chew. Better go upstairs ASAP. The kitchen is closed!

Tomorrow we’re planning to go visit my college roommate at her lake house just north of Charlotte. I am debating getting up at 5 or 6am to get some studying done. Oh the decisions!!