Cinnamony, doughy gnocchi melt in your mouth while kale provides a chewy (and nutritious) backbone to the plate!

This recipe is a bit long, but it is still very easy and TOTALLY WORTH THE TROUBLE!!! 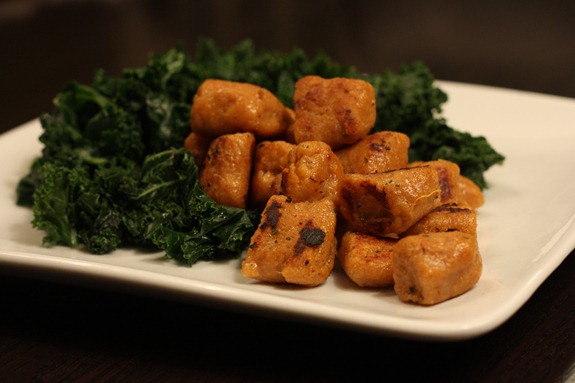 Start by baking two large sweet potatoes in the oven. (If you have them as leftovers – all the better!) 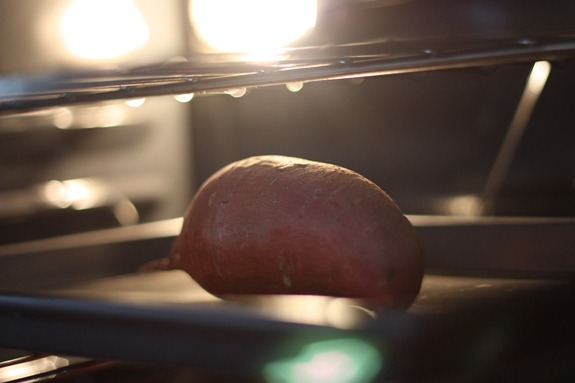 Bake sweet taters at 375-400* for about an hour, until a knife easily pushes through.  It’s better to overbake than under. 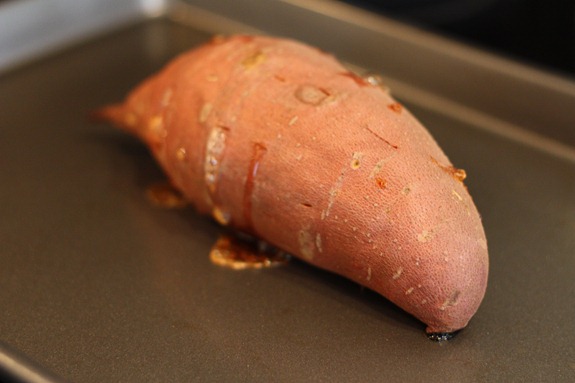 Cut fully-baked taters lengthwise and open up to cool for 10-15 minutes. 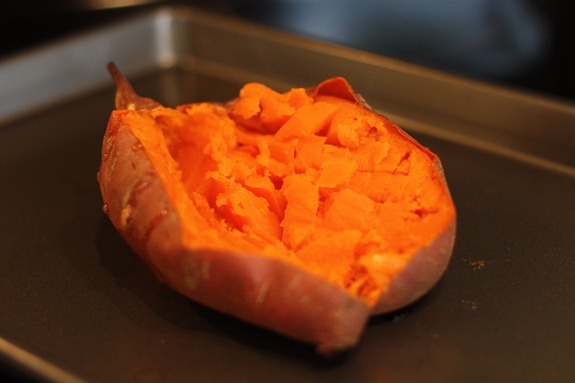 Scrape skins and discard (yum!) and place tater meat in a bowl (it will still be a little warm). 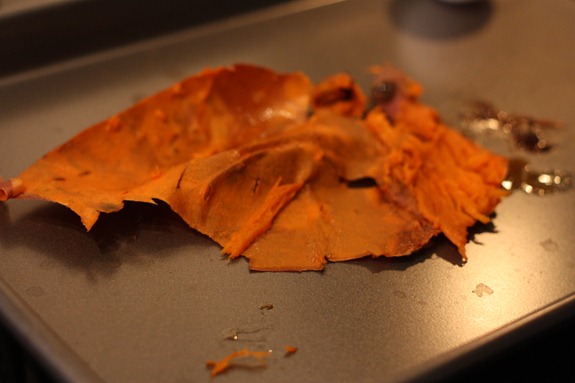 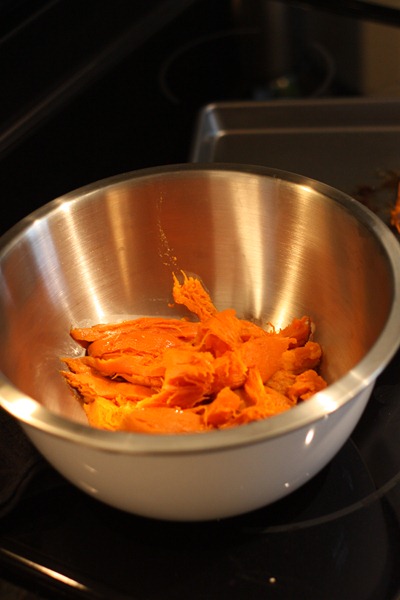 Add salt, cinnamon, and 1 egg and stir together until well-incorporated. 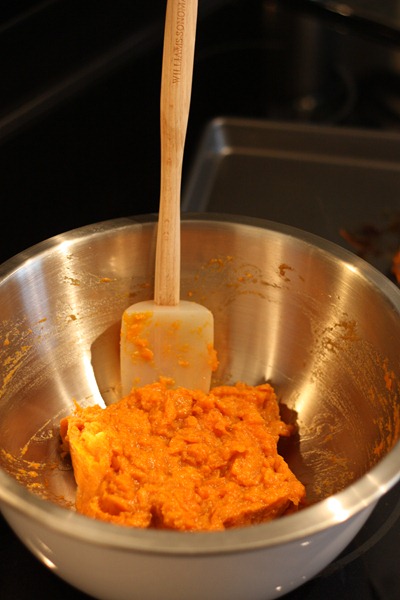 Begin adding flour here.  You can start with probably about 1 and 1/4 cups, and fold it in until well mixed.  Continue adding flour until dough ball has lost maybe 80% of its stickiness. 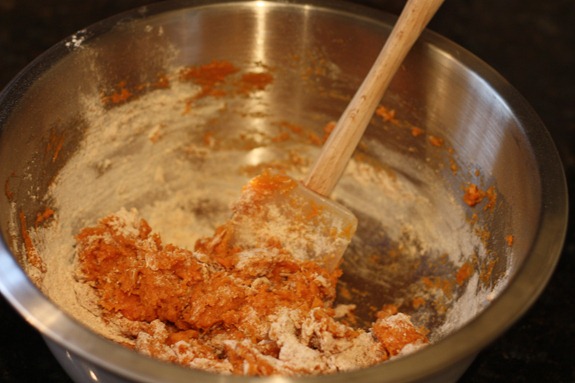 When you stick a finger in it, it will baaaaarely give back a little push (rather than making a perfect mold of your finger).  Taste the dough to make sure it has enough salt/cinnamon (yum). 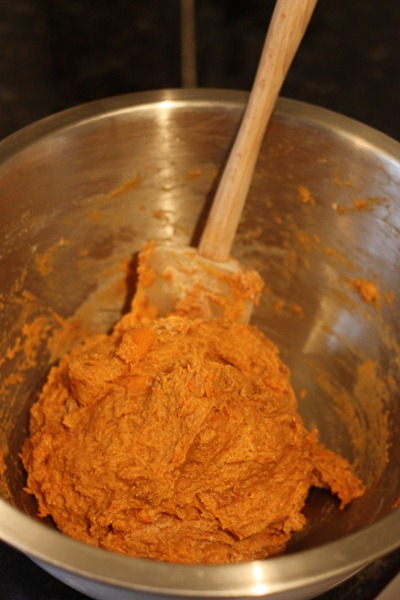 Turn the dough ball out onto a floured surface. Knead it up into a tighter ball. 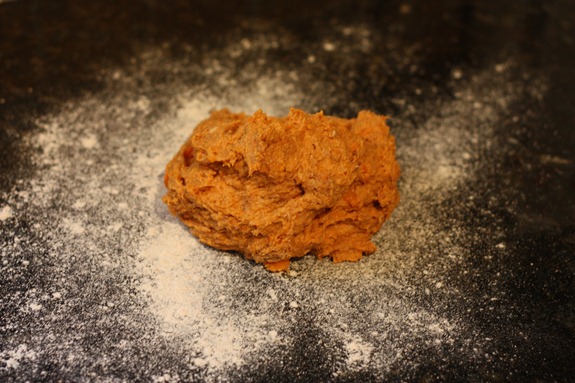 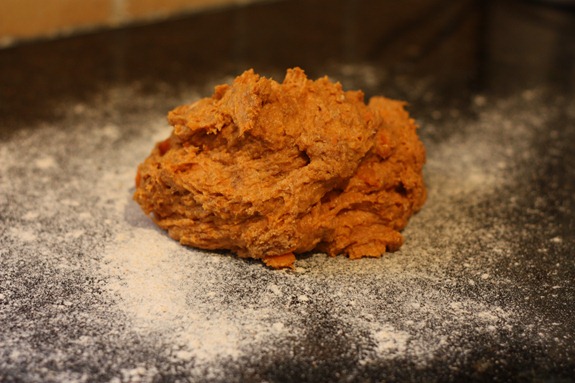 Don’t worry about incorporating more flour – use what you need so that it doesn’t stick to the table or your hands. 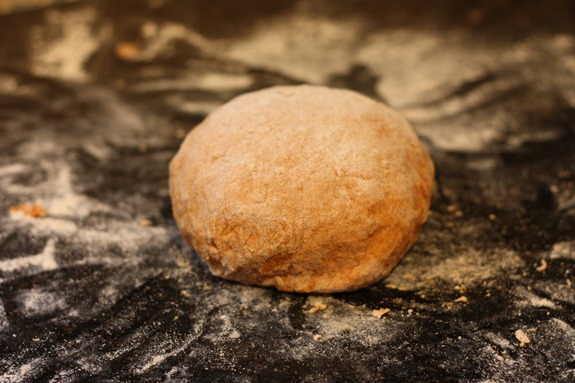 Cut it into four smaller pieces and set each to the side. 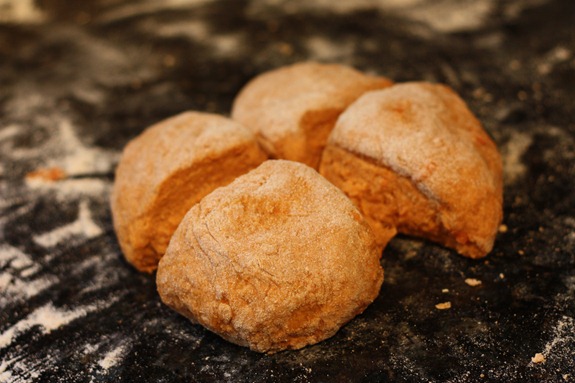 Begin rolling each quarter into a long tube.  You’ll probably need to use little sprinkles of flour here and there to keep it from sticking.  Ideally, you’ll roll it until it’s about as thick as your finger, but if you’re having too much trouble with breaking, just stop where you are.  If it does break, just pinch it all back together.  Don’t forget to use whatever flour you need. 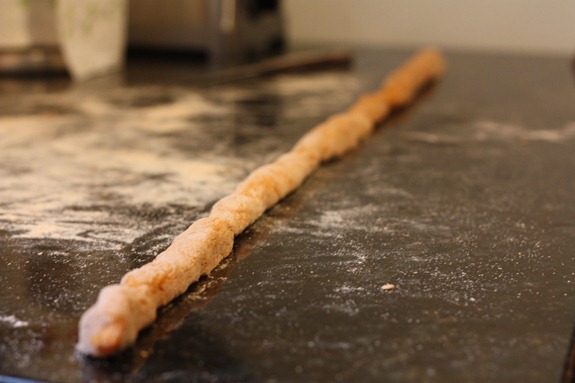 Cut the tube into little nubs and set to the side.  It’s not a problem if the nubs have flour on them.  Again, avoiding sticking is your first motive. 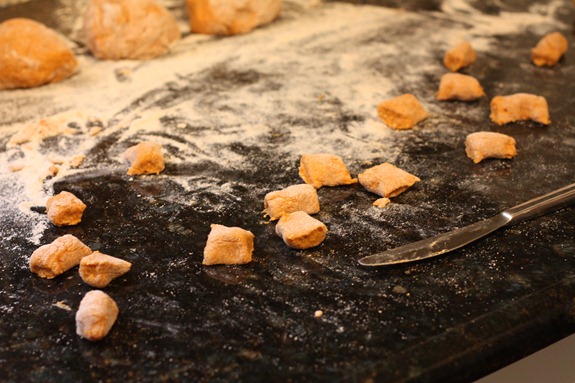 Bring about 3-4qts of water to a boil (you could start doing this while rolling and cutting the gnocchi).  Add the gnocchi to the boiling water and boil for about 5 minutes, until they float and dance around in the boil.  Don’t overcrowd the pot (you can fit an entire dough tube in one gallon). 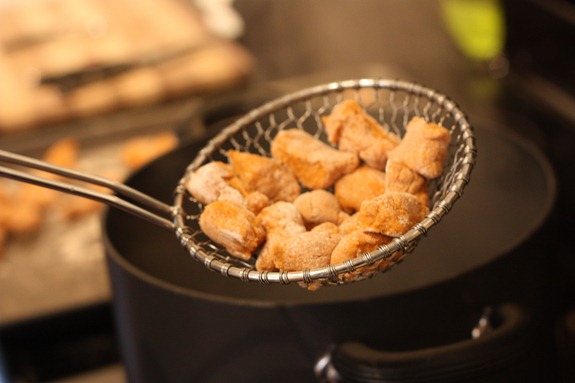 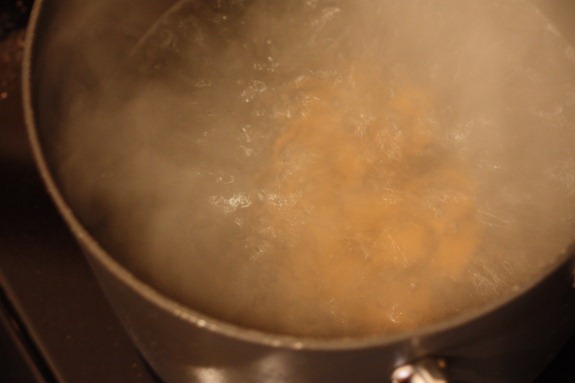 Remove the gnocchi from the water with a strainer and drop into an ice water bath to stop the cooking.  Let sit for 2 minutes and then remove to a separate container.

[At this point, you could freeze these cooked dumplings for later use.  Just spread them on a baking sheet and put in your freezer.  Once frozen, consolidate into a plastic bag.]

When ready to consume (thaw if previously frozen), heat a pan over med-high heat.  Add your canola, butter, rosemary, and gnocchi and sautee for a few minutes, until they get some golden crust going on. 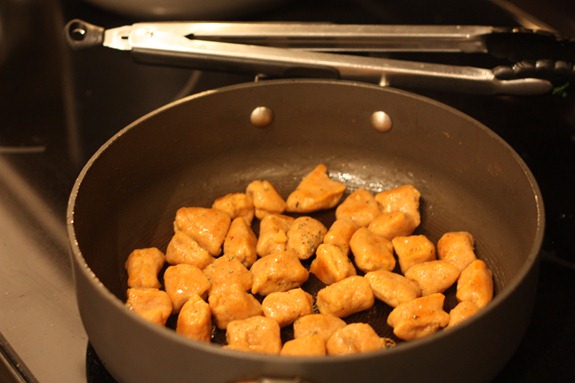 They taste like little dough balls of french toast! The cinnamon is perrrrfect inside. And whole wheat superfoods too!!

Complement the gnocchi with maple scented kale. Just tear kale leaves off the stems, steam in about 1/4 cup of water with a lid on until bright green. Drizzle on a few tsp of real maple syrup. 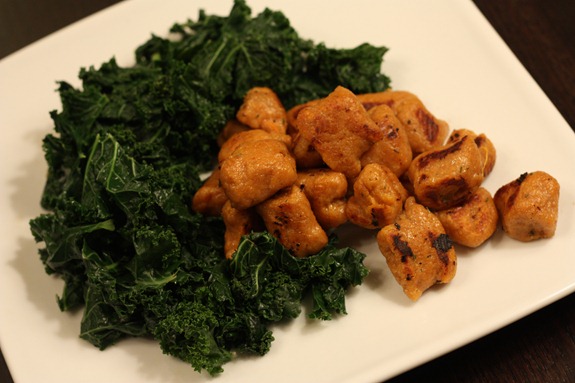