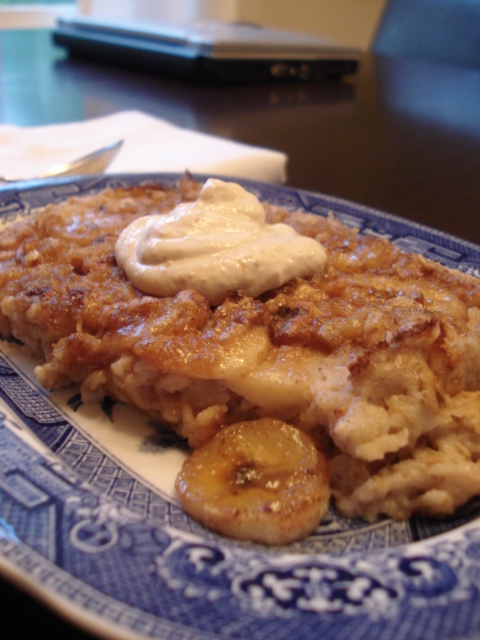 Another attempt at baked oatmeal – and this one turned out to be the best yet!! I thought my other baked oatmeal was too dry and I wanted it to be creamy on the inside with a hard crust on the outside. I decided a brulee method – less cooking time but a broiled finish – would be my best strategy. I was inspired by Emma’s Oatmeal Custard, but I decided to follow this recipe for Oatmeal Creme Brulee due to a shorter cooking time and different proportions of milk/water.

It turned out perfect!! The crust was very brulee-like too!

I combined in a baking dish lined with parchment paper for easy removal:

I left out the sugar in the original recipe because I used the vanilla hemp milk. I baked this guy for 30 minutes at 375*, removed it and set the broiler, topped with 2 heaping tablespoons of brown sugar, smoothed out evenly, and broiled for about 2 minutes. Watch the parchment paper that it doesn’t burn! (I usually trim the edges for this reason). 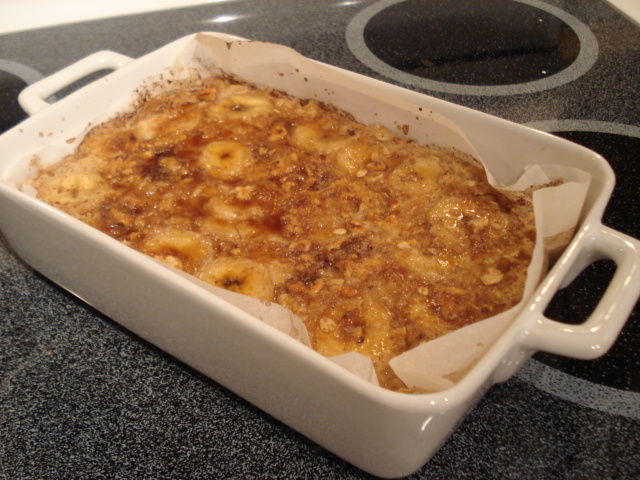 I lift the whole thing out of the pan in the parchment and cut on a cutting board, but you could leave out the parchment and just scoop messier portions out. This made 2 portions at 400 kcal, 6 grams fiber and 17 grams protein each. I thought at first it wouldn’t be very filling, but it was! 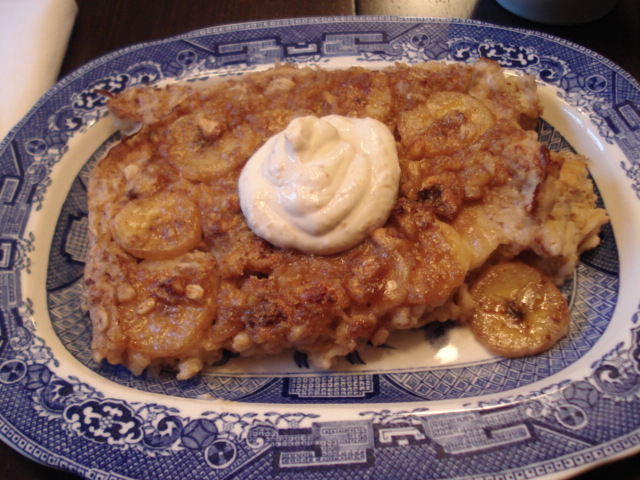 I topped mine with an ‘icing‘ made with 2 oz of greek yogurt and half a tbsp of macadamia-cashew nut butter mixed together. I actually think it would have been better with just the nut butter! Or maple syrup to make it sweeter but I thought I had enough sugar already in this breakfast. 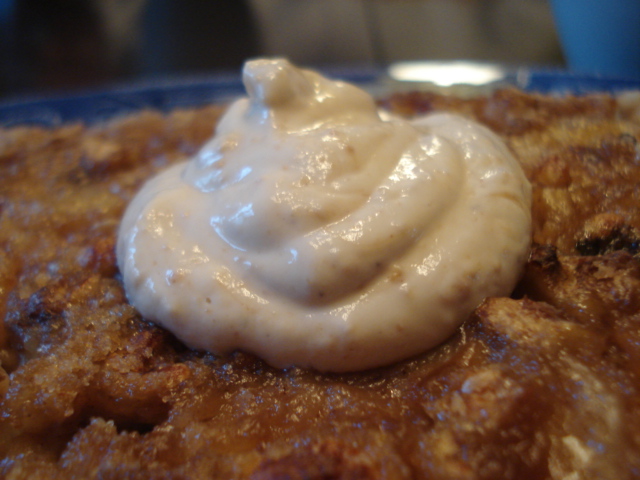