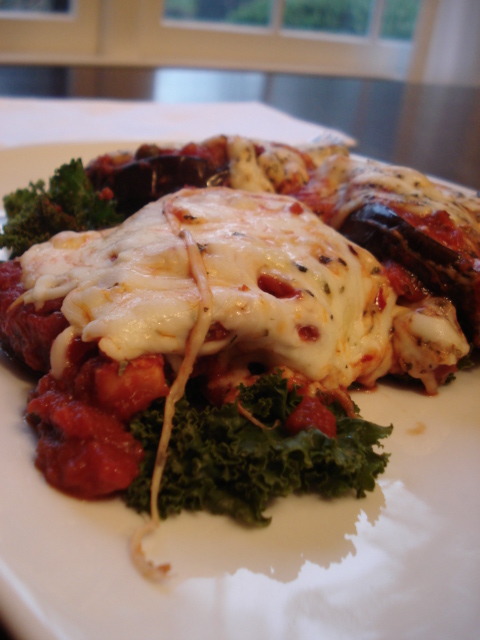 OH MY gosh this Eggplant Parmesan was so good!!!!

First we cut 2 large eggplants into half-inch slices and sprinkled them with kosher salt over the sink for an hour to remove the bitter flavor. Rinse upon completion. You’ll want to salt them for at least 30 minutes. (See this post for salting method.)Then we grilled the eggplant slices for char on our gas grill.

Then we prepared a homemade tomato sauce on the stove top:

Once the eggplants were grilled and the sauce was hot, we spread them out on a baking sheet and topped them with the sauce, followed by an 8 oz package of reduced-fat mozzarella and about 6 tablespoons of freshly grated Parmesan cheese. It all went into a 400* oven for about 10 minutes – until the cheese was brown. 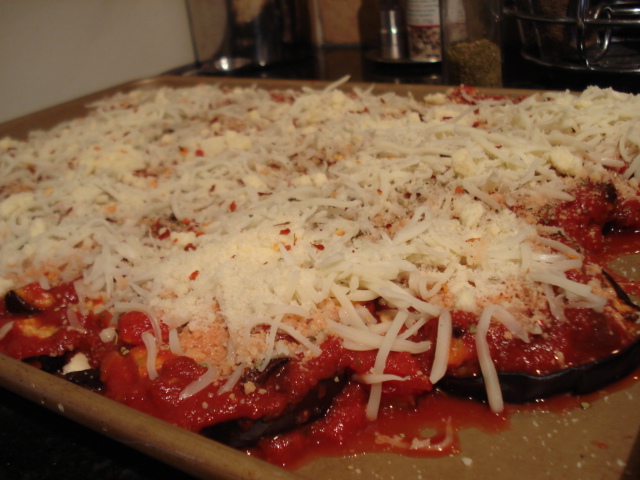 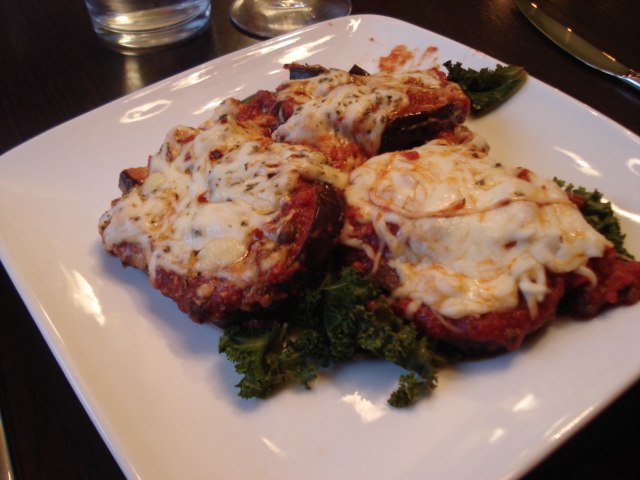 We served them over some steamed kale that was doused in aged balsamic vinegar. You might wonder why we have kale so much. Well, the spinach at Harris Teeter, which is what I had planned to serve, was from California, soggy and $2.99 each. The kale was North Carolina grown and $.99 per pound. Kale it was! Actually, I think the kale went nicely because it’s a little tougher than spinach and held up under the eggplant.

Seconds! We each had a tiny piece left for seconds that wouldn’t fit the first round. 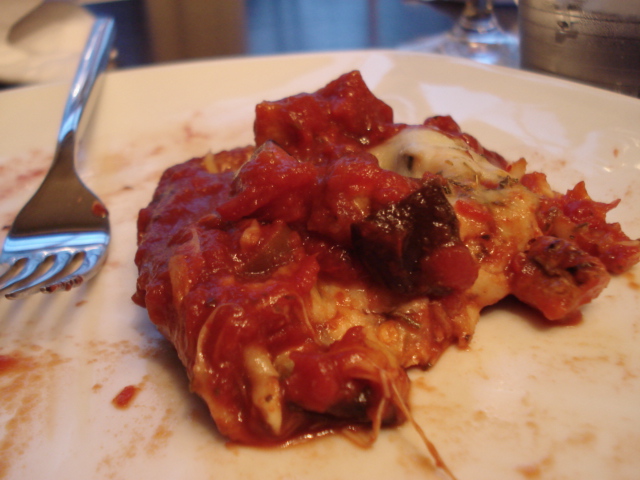 Believe it or not, this whole dinner – 4 slices of cheesy eggplant with cheese, sauce and kale – was only 400 calories. And about 15 grams fiber and 28 grams protein. This WILL be a repeat dinner!