An ever-so-delicious Matt creation!! (Of course

this !
) This sauce is SO flavorful and sweet you’ll want to lick the plate! 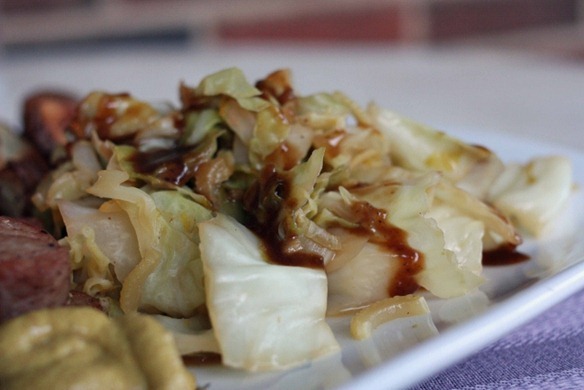 You can pretty much use any type of beer for this recipe, but I recommend something in the vein of an Amber Ale.  It shouldn’t be a bitter beer (don’t use an IPA) because as the liquid concentrates it will get even MORE bitter!  You could also get some nice flavors with a brown ale or stout, though you may have to add some extra sugar to round out the roasty flavors.  The recipe is pretty forgiving so change it as you need.  But whatever you do, just use something with flavor!  Down with fizzy yellow beer!

Melt butter in a large pot over medium high heat, and then sauté celery and garlic for 3-5 minutes until garlic begins to brown. 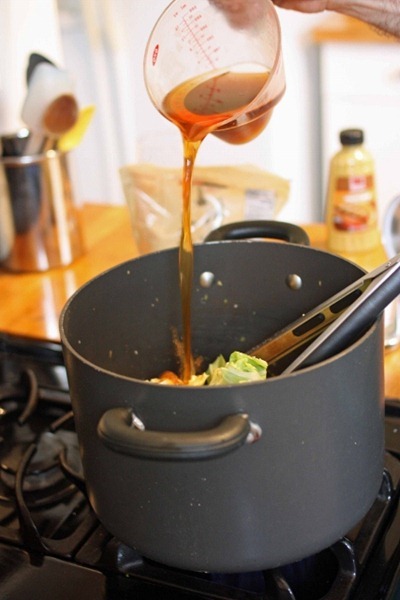 Add all other ingredients and bring to a boil, then reduce to a heavy simmer.  Cook the cabbage 7-15 minutes, until it softens to your liking.  Shredded cabbage will take less time to cook than chopped, and you should expect the cabbage to lose some color as it cooks.

When the cabbage is done, separate it from the liquid by straining through a colander.  Return the liquid to the pot and bring to boil to begin reducing to a sauce.  For awhile it will just be a heavily boiling liquid, but it will get to a point when it starts to significantly thicken.  At this point you’ll need to do a little stirring to make sure it doesn’t burn.  Keep reducing until quite syrupy, where you can pretty much push the liquid around in the pan and it very slowly flows back to cover the bottom.  It’s easier to judge how syrupy it is if you tilt the pan up on its edge and let the liquid pool together.  Then you can move it around with your spatula to test its thickness.

To serve, just pour the reduction over the top of the cabbage! 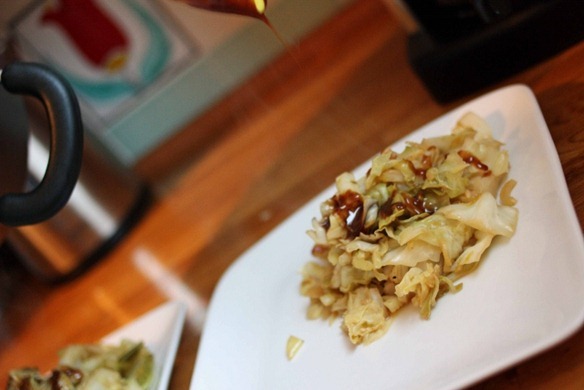 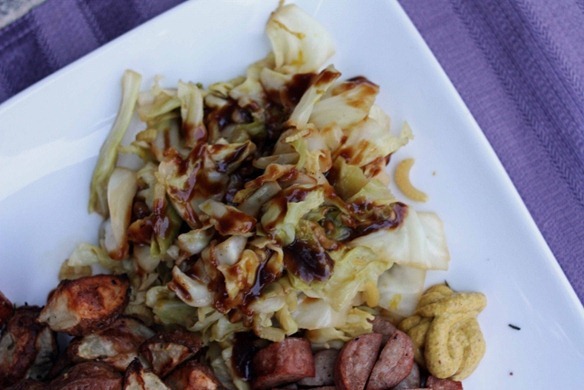