You are here: Home / Lifestyle / SIAB

My phone chimed at 5 this morning and of course I had to see who was texting me. It was Matt letting me know that the Fox morning news’ Wilson’s World was at Great Harvest! I used to do shows with Wilson when I worked in PR – I had to get up at 3AM at least twice.

I stumbled downstairs and pushed record on the DVR and went back to sleep, even though I’d gotten in bed around 9:30 and had probably had enough!

2 hours later…another text letting me know that due to technical difficulties Matt hadn’t made it on 🙁 At 7 it was time for me to get up!

And do 20 minutes of yoga! I did Morning Flow and felt limber enough to handle the blender for breakfast –

Smoothie in a bowl (newly coined SIAB) was on my mind! 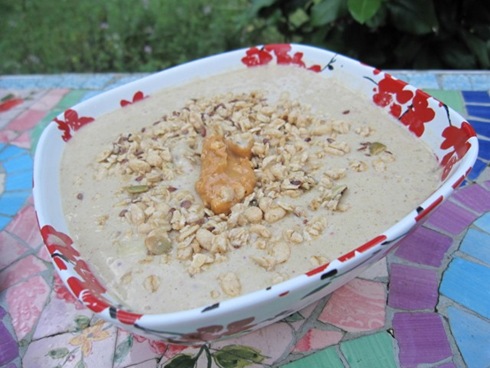 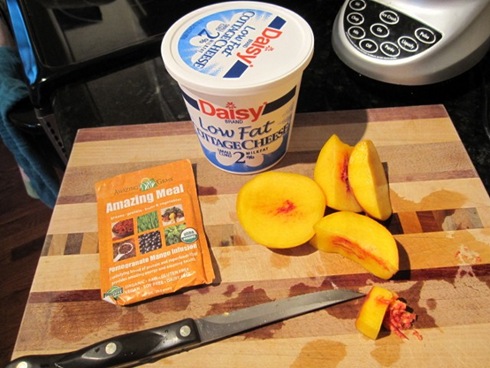 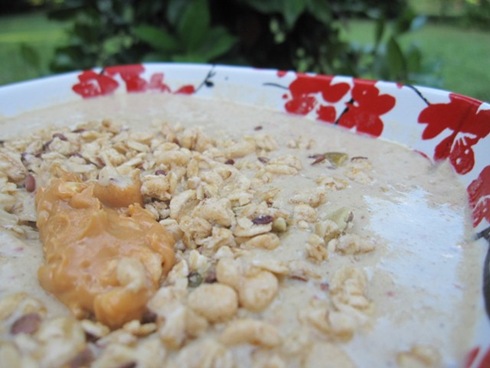 I was hoping the cottage cheese would impart more of a cheese danish taste, but it did not. I couldn’t really taste it, but I bet it helped cream and thicken. 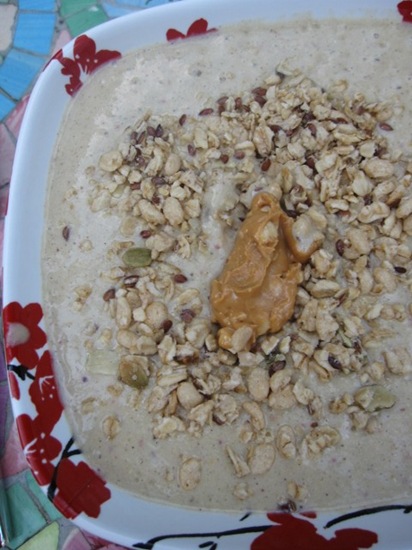 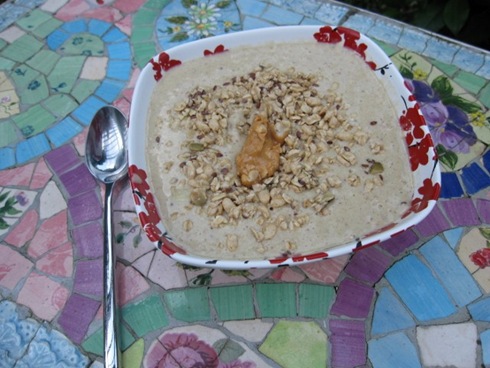 I am now sipping Tazo Awake to avoid the caffeine headache I got yesterday (and still kinda have in my shoulders). It appears that having coffee too many mornings in a row while traveling got me addicted again. Gruff. We are out of milk or I would have made coffee. 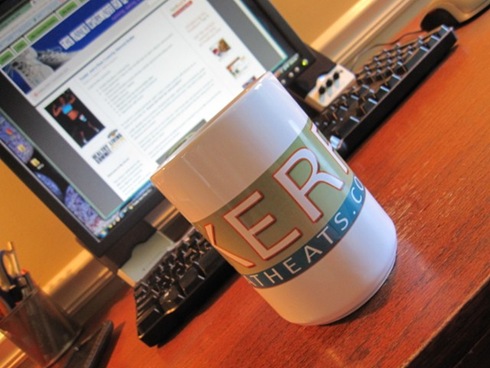 The day is wide open for tackling assignments. Working on my first round of Real Food Consultations!